Achieving a low-carbon economy in Asia: Assessing the road ahead 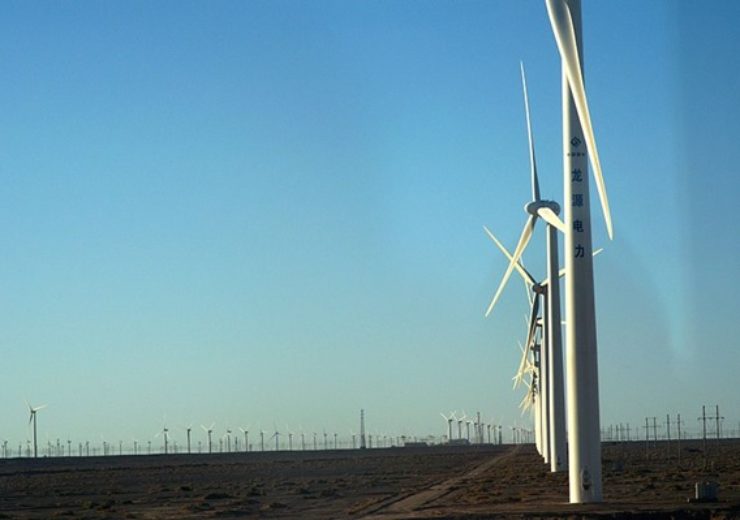 Wind power has become a key component in across Asia’s grid (Credit: Popolon/Wikipedia.org)

Multiple countries across Asia have begun introducing low-carbon initiatives in a bid to develop a clean grid while still catering to strong capacity demand. With the global shift towards a low-carbon energy mix underway, Asia has set out its stool to be among the first to develop a clean, productive power system.

With mammoth producers like China planning a host of new projects, both in the fossil fuel space and renewables, and other nations, such as Taiwan, quickly establishing a larger grid, the continent faces a bevy of challenges in reaching its goal, however.

Here Narsingh Chaudhary, executive vice president of engineering firm Black & Veatch’s Asian power division shares his thoughts on how it might overcome the obstacles ahead and what progress it has made to date.

Governments across Asia are showing their commitments to sustainability and carbon footprints reduction through their strategic growth plans to address the energy transition. These energy transition plans, which feature a balanced generation mix with diverse fuel sources, typically include the expansion of renewables generation.

They recognise the energy portfolio is further strengthened by investments in distributed generation, transmission and distribution to enable different components of the power system to work holistically. In response, they are investing in integrated power infrastructure as they re-balance their energy portfolios.

An integrated power infrastructure takes advantage of different generation, transmission and distribution technologies to help utilities overcome the pitfalls of aging infrastructure assets while meeting rising customer demand for energy that is renewable and reliable.

The World Bank estimates the global potential of floating solar to be 400 gigawatts (GW).

The right energy mix for Asia will include diverse fuel sources – while coal continues to serve as baseload generation in several economies, we also see a clear shift towards more gas-fired plants and renewables. The energy portfolio will also need to be further reinforced by investments in distributed generation, transmission and distribution to enable different components of the power system to work holistically.

Regional governments have discovered that grid-connected generation is a core component of the energy mix, but at the same time there is a role for distributed power generation as well. Distributed power generation incorporating renewable energy sources, or microgrids, offer autonomous energy that is efficient, reliable and environmentally friendly for places that are prone to natural disasters or have little infrastructure.

Microgrids and hybrid systems ease dependence on the national grid while enabling a more reliable and consistent supply of power by stabilising fluctuations in output from the intermittent renewable resources. By optimising output and reducing variability, these systems improve the bankability of renewable energy projects. Increasing the deployment of renewables requires complimentary developments in other areas of Asia’s feedstock mix to enable a more reliable and consistent output.

While significant investments in Battery Energy Storage Systems (BESS) will be central in helping renewable energy become a major contributor to Asia’s baseload power generation, investing in conventional power, both gas and coal, remains critical in providing cleaner, affordable energy in Asia for the medium term.

Natural gas is a key component in the energy transition – its ability to quickly ramp-up makes gas-fired generation a reliable baseload buffer for intermittent renewable sources of power. Moreover, upgrading and expanding existing transmission and distribution infrastructure to accommodate renewable energy and change in generation mix of renewable and conventional energy is core to most countries’ energy transition success as they aim for reliable and resilient supply of power.

A long road ahead

With Asian countries at different levels of low-carbon progress, we anticipate the timeframes for achieving an optimal energy mix to vary widely. Black & Veatch’s assessment of the next five years reflects more than 270GW of needed power capacity globally to meet demand.

Depending on where in the world you are, the mix changes, however the need for reliable power remains constant. Our forecast shows renewables, including solar and wind, accounting for half of global capacity additions in the next five years – with higher percentages in developed markets of North America and Western Europe.

Our analysis shows conventional power, both gas and coal, accounting for more than half of the capacity additions in the next five years in MENA and Southeast Asia. A recent Black & Veatch analysis conducted by our team for Southeast Asia, including Indonesia, Malaysia, Philippines, Thailand, Vietnam and Taiwan reflect an expected 32% increase in spending to nearly $150bn in gas, coal, wind and solar.

We are anticipating a shift away from nuclear power in the long-term in Asia – some economies have already started phasing out nuclear generation in favour of gas-fired power plants.

One of these economies is Taiwan, which is progressively decommissioning its four operable nuclear power reactors to meet its goal to be nuclear-free by 2025. Earlier this year, state-owned Taiwan Power committed to two 1GW combined-cycle gas power plants, scheduled to go online in 2022.

Overcoming a host of challenges

Project financing and government policies are two key aspects in accelerating investments in sustainable, reliable and affordable power. As the region refreshes and expands its energy portfolio, some issues they are addressing are:

• Striking a balance in energy mix to address security, affordability and sustainability concerns, while meeting the requirements of economic growth, urbanisation and growing populations
• Increasing the bankability of renewable energy projects to attract energy investments
• Identifying land acquisition, grid connectivity, regulations and off-take solutions for distributed energy infrastructure
• Assessing the viability of existing interconnections as the region shifts to a low-carbon operating environment

Forecasted solar spending of $43bn during 2020-24 is larger than either coal or gas-fired markets, as subsidised renewables development ramps up. Wind spending nearly triples, but it is still just half the market size of solar in the six countries.

On the transmission and distribution front, although transmission line expansion plans reflect continued investment, they are not accounting for expectations of renewables growth yet. As a group, the six focus countries are also forecasted to add 23% more circuit kilometers of distribution lines in 2020-24 than they added during 2015-19.

The role of digital transformation

The Internet of Things (IoT), AI and smart grids are key digital transformation opportunities that regional governments are tapping on to manage the energy transition and optimise the impact of individual technologies. Industry analysts forecast that countries in Southeast Asia will invest $9.8bn in smart grid infrastructure between now and 2027.

One opportunity the region is considering is the remote and integrated management of assets for the complete value chain through data analytics and predictive maintenance. Digital transformations address core challenges of grid stabilisation, peak load management, system flexibility and reliability in a holistic manner.

Some core benefits of digital transformations are: