China wind power leads the way, but who are the top 5 producers in the Asia Pacific region?

With China among the top wind power producers in the world, we look at how other nations in the region measure up with both installed and planned capacity. 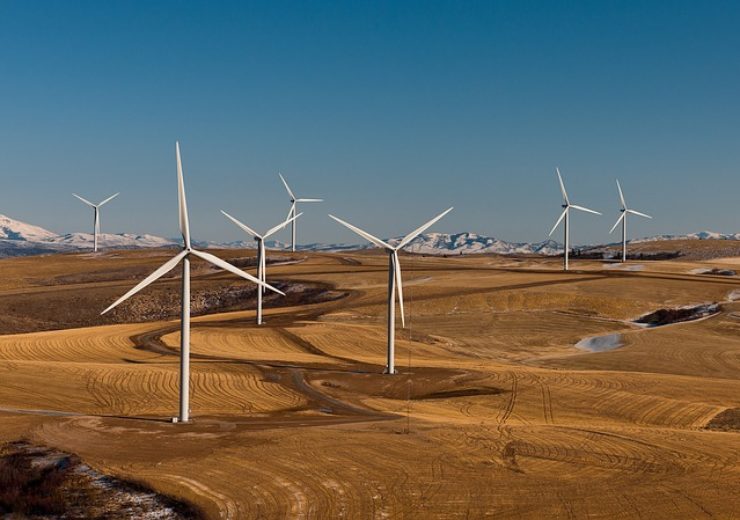 Image; A wind farm. Photo courtesy of skeeze from Pixabay.

The total wind power installations in the Asia Pacific region exceeded the capacity of 261GW in 2018. Though the increase is largely led by onshore wind installations, the offshore sector has also seen a pickup in recent years. The region’s onshore wind capacity was 256.3GW last year, while its offshore capacity stood at 4.8GW, according to the figures provided by the Global Wind Energy Council.

China is the leading wind producing country in the Asia Pacific region, with an installed capacity of 211.6GW in 2018. The country is among the top wind energy producers in the world.

The country is targeting 250GW of installed wind capacity by 2020 in line with the government’s commitment to generate 15% of all electricity from renewable resources in that year. Furthermore, China aims to achieve 400GW of wind capacity by 2030 and 1,000GW by 2050.

The world’s most populous country is also home to the largest onshore wind farm, the 7.96GW Gansu Wind Farm Project built in desert areas near Jiuquan in Gansu province. Also called Jiuquan Wind Power Base, the Gansu Wind Farm Project is set to be expanded to have a total capacity of 20GW in 2020 with an investment of around $17.5bn (£14.44bn).

The Gansu wind farm project, which comprises several large wind farms, in operation and under construction, involves more than 20 developers. The first phase of the Chinese onshore wind complex, of 3.8GW capacity, was wrapped up in late 2010.

Despite being one of the leading countries in wind generation, China’s offshore wind generation has been modest, at an installed capacity of 4.5GW in 2018.

With an installed wind capacity of 35.1GW in 2018, India is the second in the list of top wind power producing countries in the Asia Pacific region. The Indian government targets to increase the wind generation capacity in the country to 60GW by 2022.

India’s largest wind project is the Muppandal wind farm in the Kanyakumari district in Tamil Nadu with a capacity of 1.5GW. Developed by the Tamil Nadu Energy Development Agency, the wind farm has been in operation since 1986.

Another significant wind project in India is the 528MW Brahmanvel wind farm in Dhule, Maharashtra, developed by Parakh Agro Industries. The wind farm has been in operations since 2006.

To tap its 7,500km long coastline, India is targeting 5GW of offshore wind capacity by 2022 and 30GW by 2030. Following several studies, the National Institute of Wind Energy (NIWE) has proposed the country’s maiden bidding process for the establishment of an offshore wind project with a capacity of up to 1GW in the Gulf of Khambhat in Gujarat.

Australia boasts of almost 6GW of installed wind capacity with 94 wind farms in operation at the end of 2018. Currently, the wind generation in Australia is meeting 7.1% of the country’s total electricity demand as per the Australian Renewable Energy Agency (ARENA).

Last year, wind farms in Australia contributed 33.5% of the country’s renewable energy generation. More than 850MW of wind energy was installed from nine new projects in 2018, which includes the 270MW Sapphire Wind Farm in New South Wales owned by Partners Group and CWP Renewables. By the end of last year, Australia had 5.69GW of wind power under construction or set to break ground through 24 new wind farms.

In March 2019, the Australian government approved Offshore Energy to undertake resource exploration for its proposed 2GW Star of the South Energy Project off the Victorian coast. Planned to be built in the Bass Strait, the A$8bn (£4.49bn) Star of the South Project, which has been designed to power up to 1.2 million homes, is expected to become the first-ever offshore wind farm in Australia, if it gets through the regulatory processes.

Japan’s installed wind power capacity stood at 3.6GW in 2018. The country is the fourth-largest producer of wind power in the Asia Pacific region.

The country’s operational wind farms include the 78MW Shin Izumo – Eurus Energy project, which is operated by Eurus Energy Holdings and Kinden, the 32MW Hirado – Azuchi-Oshima wind farm, the 14MW Eia wind project in Kagoshima, and the 20MW Uwajima – Ainan wind farm in Ehime, among others.

Construction is currently underway on the 122MW Tsugaru Wind project located near the coast of the Sea of Japan in Aomori prefecture.

In June 2019, Obayashi selected Siemens Gamesa Renewable Energy as the first preferred supplier for the proposed Northern Akita Offshore Wind Farm project, which is expected to have the capacity of up to 455MW, in Japan.

Japan aims to have 10GW of installed wind capacity (offshore and onshore) by 2030 as part of its wider ambition to produce 22-24% of its power generation from renewable sources by 2030.

The country aims to generate up to 30% of total power generation from renewable sources by 2030. The operational wind projects in the country include the 147.9MW Triconboston Wind Power Project, the 99MW UEP Wind Farm, the 56.4MW Zorlu-Jhampir Power Project, and the 52.8MW Jhimpir – Sapphire Wind project, among others.

The country has commissioned more than 18 wind power projects with a combined generation capacity of 937MW in the last five years.