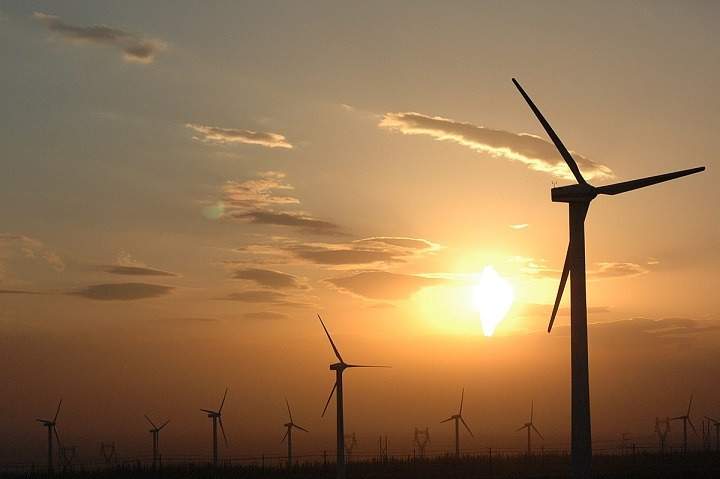 Wind power that is being generated onshore is already making a significant contribution to renewable energy mix of many countries across the world.

With many countries accelerating their shift to renewable energy, the global installed capacity of wind power has witnessed a manifold increase in recent years.

With an installed capacity of 161.4GW in 2017, China is the top producer of onshore wind energy in the world. The country is making massive investments in renewable energy sector, with a focus on onshore wind power.

It is home to the world’s biggest onshore wind farm, the Gansu wind farm. With a planned capacity of 8GW, it consists of large wind farms under construction in western Gansu province in China.

Construction on the wind farm, which is one of the wind power megaprojects undertaken by the Chinese government, began in 2009.

Renewable energy generation has witnessed a steady growth in the US over the past ten years. With an installed capacity of 87.5GW in 2017, the US is second in the list of top onshore wind energy producers.

The country’s wind power generation capacity was 24.6GW in 2008. According to a report released by American Wind Energy Association (AWEA) in July 2017, there were 14,004 MW of wind projects under construction and 11,815 MW in advanced development.

With an installed capacity of 50.4GW in 2017, Germany is world’s third biggest onshore wind energy producer. Saxony-Anhalt, Brandenburg and Schleswig-Holstein are the major wind power producing states in the country.

The country plans to increase its installed wind capacity through tenders for 2.8GW per year from 2017 to 2019, ICIS reported. In February 2018, Germany’s federal network agency awarded just over 700MW of capacity in its first onshore wind auction.

The South Asian nation has witnessed a decent growth in its installed wind power capacity in recent years.

As of 30 December 2017, the country had a total installed wind power capacity of 32.8GW, with a significant part of it coming from projects in the South, West and North regions, according to the country’s Ministry of New and Renewable Energy.

Its onshore wind energy capacity stood at 32.8GW in 2017, according to the IRENA report. The Muppandal Wind Farm, located in Kanyakumari district, Tamil Nadu, and the Jaisalmer Wind Park is located in Jaisalmer district, Rajasthan, find place in the list of the world’s biggest onshore wind farms.

While the Muppandal Wind Farm has an installed capacity of 1.5GW, the Jaisalmer Wind Park has capacity of more than 1GW.

With an installed capacity of 22.9GW in 2017, Spain is one of the major onshore wind energy producers in the world. Sisante wind farm, Maranchon wind farm and El Marquesado wind farm are some of the major wind farms in the country.

Wind sector made a direct contribution of  €2,300.8m to Spain gross domestic product (GDP) in 2017, according to Spanish Wind Energy Association.

In May 2018, French electric utility company Engie joined forces with Mirova, Forestalia and General Electric (GE) to develop nine wind farms in Spain with a combined capacity of 300MW.

Possessing ideal locations for wind power generation, the UK figures in the list of top onshore wind energy producers. The country’s had an installed onshore wind capacity of 12.8GW in 2017, according to IRENA report. Between 2008 and 2017, the country’s total wind power capacity surged from 3.4GW to 20.4GW.