Profiling ten of the biggest onshore wind farms in the world

As renewable energy takes an ever more prominent role on the world stage, onshore wind farms will play an important role in the transition from fossil fuels 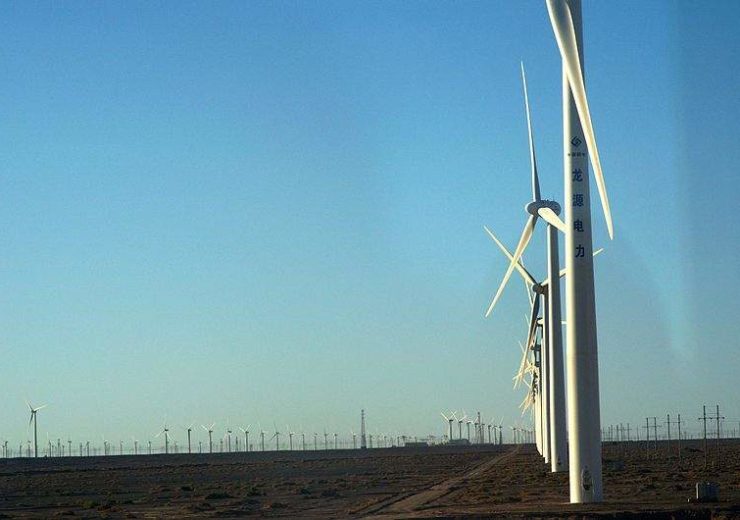 Wind has emerged as one of the leading sources of renewable power generation, with sprawling farms of turbines appearing around the world – both onshore and offshore.

Projects in the US and China will boost short-term growth of the capacity of global onshore wind farms – adding an estimated 60GW by 2020 – while additions across the European Union will accelerate in the longer-term, supplemented by Latin America, the MENA region, Eurasia and sub-Saharan Africa.

Here we take a look at some of the biggest onshore wind farms around the world.

Also known as the Jiuquan Wind Power Base, the Gansu Wind Farm Project has a planned capacity of 20GW, of which around 8GW is currently installed.

It consists of a series of large wind farms under construction located around the western part of Gansu province in China in the desert area near the city of Jiuquan.

Construction of the onshore wind farm, which is one of several wind power megaprojects undertaken by the Chinese government, began in 2009 – and is scheduled for completion during 2020 at a cost of around $17.5bn.

It will feature roughly 7,000 wind turbines across the project upon completion.

With a combined installed capacity of just over 1.5GW, the Alta Wind Energy Center (AWEC) is located in Tehachapi, California and is the largest onshore wind farm in the US.

In 2006, a purchase agreement was signed with Southern California Edison (SCE) to sell power produced by the facility over a 25-year period.

The onshore wind farm, which is also known as the Mojave Wind Farm, spreads across 3,200 acres in the foothills of the Tehachapi Mountains in Kern County, and comprises 600 operational turbine units.

It was initially owned and developed by Terra-Gen Power, but control of the operations has since been distributed to a number of firms including NRG Renew, BHE Renewables, EverPower and Brookfield Renewable Energy Partners.

AWEC is located just two miles from the Tehachapi wind resource area, which consists of wind farms constructed in the 1970s and 1980s.

Developed by state-owned Tamil Nadu Energy Development Agency, it has an installed capacity of 1,500 megawatts (MW).

Mountainous geography in the region supplies strong winds to the Muppandal onshore wind farm, which generates electricity for nearby residents as well as contributing to India’s overall energy mix.

With an installed capacity of 1,064 MW, the Jaisalmer Wind Park is located in Jaisalmer district, Rajasthan, India.

It is the country’s second-largest onshore wind project after the Muppandal Wind Farm, and was developed by India’s Suzlon Energy.

Work began on the wind farm in 2001 and its current capacity was achieved in April 2012.

The onshore wind farm consists of a cluster of wind farm sites within the Jaisalmer district including Amarsagar, Badabaug, Baramsar, Tejuva and Soda Mada among others.

Located near Arlington in the US state of Oregon, the Shepherds Flat Wind Farm has an installed capacity of 845MW.

It was developed by Caithness Energy, and covers more than 30 square miles in the Morrow and Gilliam Counties.

Construction of the wind farm, which features 338 individual turbines, began in 2009 at an estimated cost of $2bn – and full operations commenced in September 2012.

Like the Alta Wind Energy Center, power generated by the Shepherds Flat Wind Farm is supplied to utilities firm Southern California Edison – and is estimated to meet the electricity needs of 235,000 households.

The Meadow Lake Wind Farm spreads across the Brookston and Chalmers regions of Indiana, US and has an installed capacity of 801.25MW.

It currently has six operational phases, comprising 414 turbines, the most recent of which went online in 2019.

The project has an ultimate target capacity of 1GW, which would make it one of the very largest onshore wind farms in the world.

With a capacity of 781.5MW, the Roscoe Wind Farm is based 45 miles south-west of Abilene in Texas, US.

It spans 400 square kilometres of rural countryside and farmland and comprises 627 individual wind turbines – which came online in 2009.

The Roscoe Wind Farm is owned and operated by Germany-based E.ON Climate and Renewables (EC&R), and was developed in four phases between 2007 and 2009.

Located in Taylor and Nolan County, Texas, US, the Horse Hollow Wind Energy Center has an installed capacity of 735.5MW.

The wind power plant covers an area of 47,000 acres and generates enough electricity to supply around 180,000 households in the central Texas region.

It was commissioned in four phases during 2005 and 2006, and at the time of completion was among the very biggest onshore wind farms worldwide.

Blattner Energy was the engineering, procurement and construction (EPC) contractor for the project.

Also based in Texas, US, Capricorn Ridge comprises 407 turbine units with an overall power capacity of 662.5MW.

The wind farm is built, owned and operated by a subsidiary of NextEra Energy Resources, the US’ largest wind energy generator.

It is located in the Sterling and Coke counties of the state of Texas.

The turbines include 342 GE 1.5MW units and 65 2.3MW Siemens units, which are capable of generating enough electricity for more than 220,000 homes.

Spread across 50,000 acres, the Fowler Ridge Wind Farm is located in Benton County in the US state of Indiana.

The wind farm has an installed capacity of 750MW, which is enough power to meet the consumption needs of 200,000 average American homes.

Built in three phases, the power produced by the facility is supplied to the PJM grid network.