Top five biggest wind farms in the US

Renewable energy generation has witnessed a steady growth in the US over the past ten years, driven by a significant contribution from wind power installations 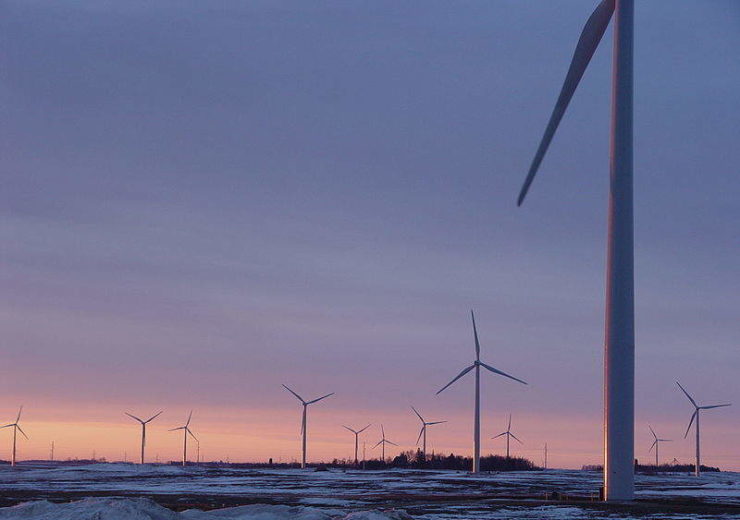 Though hydroelectric power continues to be largest contributor to the country’s renewable energy mix, electricity generated by the wind farms is the second major source of clean energy.

The North American nation saw its renewable energy capacity shot up to 229.9GW in 2017 from 116.4GW in 2008, according to a report released by the International Renewable Energy Agency (IRENA).

In the same period, the country’s wind power generation capacity increased from 24.6GW to 87.5GW.

According to a report released by American Wind Energy Association (AWEA) in July 2017, there were 14,004 MW of wind projects under construction and 11,815 MW in advanced development.

Here is the list of biggest wind farms in the US:

Located in Tehachapi, Kern County, California, the Alta Wind Energy Centre is the biggest wind farm in the US. With a combined installed capacity of about 1,550MW, the power generated by the wind farm is sold to Southern California Edison under a 25-year power purchase agreement (PPA).

The onshore wind farm is owned and operated by Terra-Gen Power. Also known as Mojave Wind Farm, the first five units of Alta Wind Energy Centre were commissioned in 2011.

In 2010, Danish wind turbine manufacturer Vestas had won an order to deliver 190 units of its V90-3.0 MW model wind turbine for the Alta project.

With an installed capacity of 910MW, the Los Vientos Wind Farm was completed in five phases. Construction of the wind farm was carried by Duke Energy Renewables, part of Duke Energy’s commercial portfolio.

The Los Vientos I and II wind farms, with a combined capacity of 402MW, started commercial operation in December 2012.

Located near Arlington in Eastern Oregon, the Shepherds Flat Wind Farm is the third largest wind farm in the US. Developed by Caithness Energy, the wind farm has an installed capacity of 845MW.

The wind farm is spread over 30 square miles of area in the Morrow and Gilliam Counties. Construction on the wind farm was started in 2009, with an estimated cost of $2bn. The US Department Energy announced a loan guarantee of $1.3bn for the wind farm project in 2010.

The Shepherds Flat Wind Farm began commercial operations in 2012. It consists of 338 GE2.5XL turbines, each with a rated capacity of 2.5MW. Power generated by the wind farm is delivered to Southern California Edison.

The 781MW Roscoe Wind Farm is the fourth biggest wind farm in the US. Located 45 miles south-west of Abilene in Texas, the wind farm is owned and operated by E.ON Climate and Renewables (EC&R), a Germany-based company.

While the first two phases saw installation of 325.5MW capacity, a 446MW capacity was installed during the third and fourth phases. The Roscoe Wind Farm began commercial operations in 2009.

Located in Taylor and Nolan County, Texas, the Horse Hollow Wind Energy Centre has an installed capacity of 735.5MW. The wind farm was commissioned in four phases during 2005 and 2006.