Wind power is one of the key drivers in the global transition to renewable energy. It has also emerged as one of the cheapest sources of electricity in many countries. Since 2014, the global wind power installations exceeded 50GW annually, according to a report. 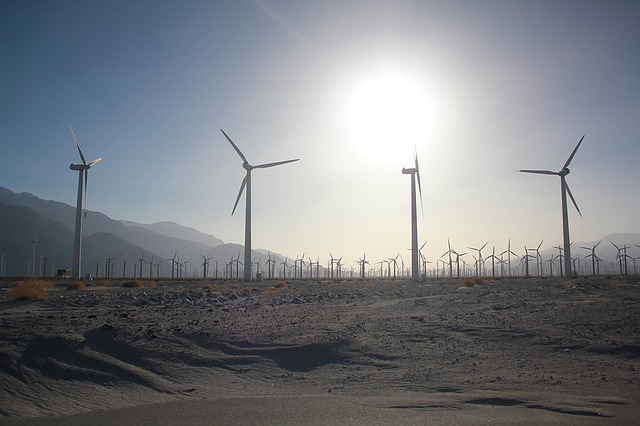 The total installed capacity of onshore wind stood at 135GW in the Americas in 2018. The region’s growth is led by the US with 7.5GW of new installations, according to the Global Wind Report 2018 released by Global Wind Energy Council (GWEC). The report estimates the global onshore wind market to witness installation of more than 50GW annually until 2023.

With a total installed capacity of 96.6GW, the US is the top onshore wind power producer in the Americas. In terms of renewables integration into the electrical system, the US continues to be one of the leading players in the world. In 2018, the US remained the second largest onshore market, after China.

The US hosts the world’s second largest onshore wind farm Alta Wind Energy Center. Located in in Tehachapi, Kern County, California, it has a combined installed capacity of 1,547MW. The 845MW Shepherds Flat Wind Farm, located in near Arlington in Eastern Oregon, is other major onshore wind facility in the country.

Brazil’s total onshore wind capacity stood at 14.7GW in 2018. To diversify its energy generation, the country started conducting wind power auction in 2009. Due to its vast coastline, the country is estimated to hold a huge potential for wind power. The Brazilian Wind Energy Association and the government have set a target to increase the country’s wind energy capacity to 20GW by 2020. Wind power is also regarded as hedge against low rainfall in the country, as it generates significant amount of electricity from hydropower plants.

Wind power continues to be one of largest sources of new power generation in Canada. In 2018, the country’s onshore wind capacity stood at 12.8GW, according to the GWEC report. According to a report by the Canadian Wind Energy Association, wind energy helps in meeting nearly 6% of the total electricity demand in the country. Ontario, Alberta, and Québec are the major wind power producing regions in Canada.

Mexico’s onshore wind capacity was 4.9GW in 2018. The country has witnessed a rapid growth in its wind power capacity in recent years. Wind and solar projects occupied a significant share in the three clean energy tenders conducted by the country since 2015. In the third auction that was conducted in November 2017, wind projects accounted for about 45% of the overall capacity.

The tender saw Italian energy giant Enel bagging the rights to develop four wind projects with a combined capacity of 593MW in Mexico. Enel planned to invest about $700m for the construction of the projects, which are slated to begin commercial operations in the first half of 2020.

With an installed of 1.6GW in 2018, Chile is one of leading players in the onshore wind space in the Americas. The country is said to have considerable resources to generate wind energy. The 170MW Sarco wind farm, located 60km to the southeast of the northern city of Vallenar, is one of the largest wind farm in Chile. In March 2019, Mainstream Renewable Power (MRP) announced that the Sarco wind farm started feeding energy into the National Electric System in Chile.