Wind power, an emissions-free source of energy, has expanded rapidly in the US over several years. A total capacity of 9,143MW was added in 2019, making it the third strongest year ever for installations. 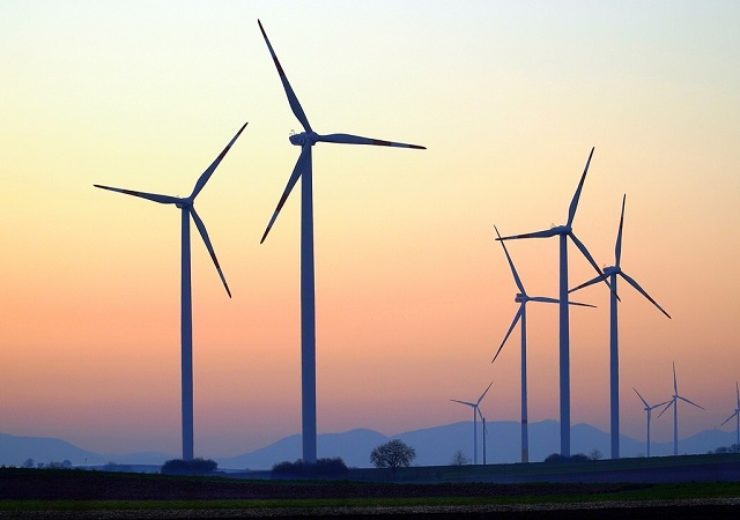 The US is the second-largest producer of wind power in the world with more than 100 gigawatts (GW) of installed capacity across 41 states and territories.

More than 56,800 wind turbines can be found across the nation, delivering 105,583 megawatts (MW) of operating capacity — enough to power over 32 million American homes.

Wind energy delivers more than 10% of total electric power generation in 14 US states, with 5% coming from the renewable source in a further 20.

Texas dominates the nation’s wind energy production with a total installed capacity of 28,843MW in 2019. The state’s wind power outpaced coal as an energy source for the first time in 2019.

Wind energy expanded significantly during Governor Rick Perry’s time in office. Under his tenure, wind power surged from 116MW to more than 11,000MW and $7bn was invested in a transmission scheme to connect windy, largely empty West Texas to cities in need of additional power.

The 781.5MW Roscoe wind farm is the state’s largest facility with 627 turbines, delivered by Mitsubishi, Siemens AG and General Electric. Owned and operated by German firm E.ON Climate and Renewables, the wind farm is situated in 100,000 acres of land.

Iowa is ranked second nationally with a total installed capacity of 10,190MW in 2019. The state has the largest percentage of energy generated from wind in the US, a figure that totalled 41.7% in 2019.

Iowa became the first state to adopt a renewable portfolio standard when it passed a law in 1983 ordering utility companies to own or contract 105MW of such energy. Major wind turbine manufacturers Siemens Gamesa and TPI Composites have made significant investments in Iowa.

A total of 116 wind projects were online in the fourth quarter of 2019, with 1,175 MW of wind capacity under construction and 384MW in advanced development, according to the American Wind Energy Association

With 8,172MW of installed capacity, Oklahoma is ranked third in this list. It has wind power resource potential to serve nearly 10% of the electricity requirements in the US.

Wind power exceeded coal-fired generation in Oklahoma for the first time in 2016, and the renewable energy source provided 31.7% of all in-state electricity production in 2019. The state’s wind industry supports nearly 9,000 jobs directly and indirectly.

Blue Canyon is the largest wind farm in Oklahoma, with an installed capacity of 423.45MW — enough to power about 104,000 homes a year.

Centrally located in the midwest, Kansas provides an ideal location for wind turbine manufacturing. The state’s wind generating capacity has more than tripled since the beginning of 2008.

In May 2009, the Kansas Legislature enacted the Renewable Energy Standards Act, which required utilities to generate or buy 20% of their energy from renewable sources by 2020.

Projections suggest the Kansas power system may offer a possible 7,000MW for export from wind energy by 2030. A 10-year property tax exemption is offered for sites used for electricity generation from renewable sources.

California was the first US state in which large wind farms were developed, starting in the early 1980s. Wind power is the state’s largest source of renewable energy.

The state also has the largest wind farm in the US, the Alta Wind Energy Centre. With a capacity of 1,550MW, it is the third-largest onshore windfarm in the world.