Can microgrids solve the many problems facing the mining industry today? 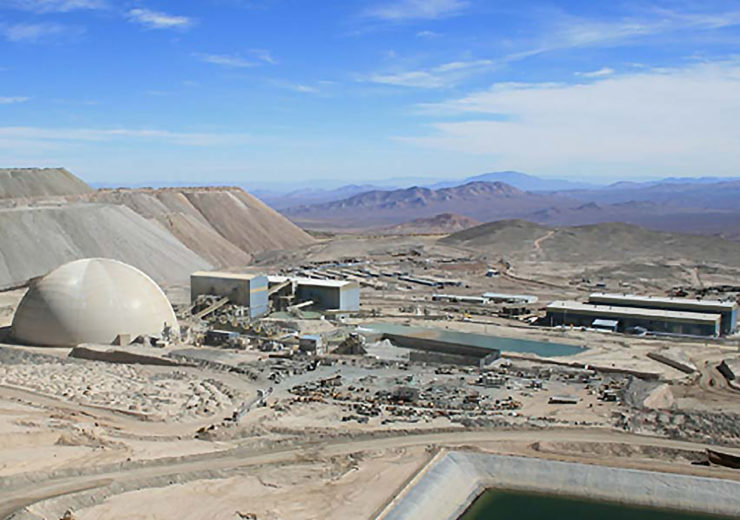 Despite existing for half a century, microgrids first came to wider public knowledge – particularly in the US – in the aftermath of Superstorm Sandy. Against a backdrop of blackouts, buildings with microgrid systems stood out like beacons on the Manhattan skyline.

Ensuring a resilient power grid during extreme weather has been a driving force behind microgrid projects, particularly in the US. This has coincided with a global drive to harness eco-friendly forms of energy.

Alcatraz Island is home to one of the country’s largest microgrids; an interconnected group of solar panels, battery banks and power inverters that help power the island. Its 305 kilowatt (KW) solar array sits on top of the main prison building and is hidden from public view to preserve its historical integrity.

So far at least, this $7.1m project has been a success. Funded through the American Recovery and Reinvestment Act, it has reduced the island’s fuel consumption by 45% since 2012, as well as saving an average of more than 25,000 gallons of diesel fuel a year.

Beyond the US, microgrids are electrifying remote villages in Kenya and providing a cost-effective alternative to upgrading transmission lines in Australia. Increasingly they are being embraced by mining companies as reductions in the cost of solar and wind power has made renewable energy a viable alternative and a way around volatile diesel prices.

In July 2018, Chilean copper miner Antofagasta struck a ten-year deal with national utility Colbun to provide it with 550 gigawatt hours (GWh) of electricity from renewable sources, including hydropower, solar and wind, from July 2020.

The deal will make the Zalvídar copper mine the first in the South American country to operate on 100% renewable energy.

Meanwhile, Gold Fields’ Granny Smith gold mine is working with mobile and modular power company Aggreko to build one of the world’s largest renewable energy microgrids.

The mine, located in Western Australia, will be powered by 20,000 solar panels and backed up by a 2MW/1MWh battery system. These devices will be integrated into a natural gas-fuelled generation that Aggreko and Gold Fields installed in 2016.

George Whyte, Aggreko’s managing director, has explained that the solar, thermal and battery storage assets will be seamlessly integrated and managed by Aggreko’s control software platform.

“The solar-plus-battery system is projected to reduce fuel consumption by 10–13% – the equivalent of removing 2,000 cars from the road – and produce about 18GWh of clean energy per year,” Whyte said.

The big case for micro

While traditionally the capital cost of installing solar panels and wind turbines has been a deterrent for some companies, reductions in pricing has made renewable energy a more attractive option for mining companies.

Independent power providers are increasingly offering more flexible financial options for renewable mining solutions. SunSHIFT, for example, has found a way to make its solar panels recoverable, meaning they remain under the IPP’s ownership, and can be reused on different sites.

Moreover, while reducing emissions from the mining industry is crucial for mitigating the effects of climate change, companies are now increasingly focusing on making new technologies such as electric cars with sustainable materials.

In May 2018, Apple agreed to invest in a carbon-free joint venture to produce aluminium with Rio Tinto and producer Alcoa. This trend looks set to continue as more countries are putting high prices on carbon emissions.

At the same time as facing pressure for environmentally harmful practices, mining companies will also have to deal with increasing energy requirements as demand for minerals grows and remaining ores become more difficult to extract.

A report by the Columbia Centre for Sustainable Investment claims that mining-sector energy consumption is due to increase by 36% by 2035.

The conundrum mining operators face is whether such demands should be met with traditional generation or renewable sources. For many companies, particularly those in remote regions where trucking fuel to off-grid locations can be expensive, renewable microgrids might win out on cost alone.

A 1MW solar plant can also result in roughly 1,350 tonnes of CO2 abatement per year, meaning the release of more than 30,000t of CO2 into the atmosphere over a 25-year asset life can be avoided.

The savings on wind technologies can be just as efficient. According to director of capital projects geology and exploration, Jean-François Verret, Glencore’s 1–3MW wind turbine at its Raglan site in Northern Canada has displaced over 6.5 million litres of diesel and reduced Glencore’s greenhouse gas footprint by 18,000 tonnes.

While microgrids are being touted as a path to a greener future and a way of helping mines become both eco-friendly and energy-efficient, the technology that powers these networks is still in its infancy and the success of such ventures often hinges on the infrastructure of particular countries.

The prevalence of remote communities with electricity demands in Australia, and the closures of fossil-fuel plants in large swathes of the country, has led to the emergence of microgrids as a cost-effective alternative to conventional solutions.

In this respect, the country differs to the UK, for example, which has a largely stable electricity grid and has only embraced a few microgrid projects in remote surrounding islands.

A 2018 paper by Daniel Akinyele, Juri Belikov and Yoash Levron, entitled “Challenges of Microgrids in Remote Communities”, shows a range of problems with integrating microgrid solutions in Nigeria. A general lack of education around renewable energy solutions and inexperienced and incompetent staff were highlighted as key issues.

Moreover, it’s no secret that electricity generation using wind and solar can be intermittent and unpredictable. The effectiveness of these mini energy grids largely depends on the environmental factors in which they are placed. A solar-powered mine based in Cornwall is unlikely to be as successful as one in the Australian outback. Given that power cuts on mines could potentially cause millions of dollars in losses, mine operators can ill afford to rely on something as unreliable as the weather.

However, with the rapid advancements of technology in this area, such challenges are not insurmountable.

Technologies in renewable integration have allowed a range of hybrid solutions to cater for more variable climates. Not only can mines have a range of energy-harnessing devices – including hydro, solar and wind power – but variations in weather can be predicted and accounted for.

At Raglan, for example, Glencore worked with consultants to create an algorithm to predict, and therefore manage, wind fluctuations. Operators were informed how much energy they could use and how much they needed as back-up to account for weather variation.

Sophisticated advancements in storage technology now mean that power can be stored in a range of devices, from batteries to high-speed flywheels, super-capacitors, hydrogen chemical converters and so on.

Currently, batteries are considered the best choice in mining operations to provide power and energy densities, but their current threshold is around 20% of a mine’s diesel supply. Once the cost of batteries outweighs the cost of diesel it is unlikely that most mining companies will continue solely on battery power.

Are microgrids the future for mining?

There is no doubt that the share of renewables powering the mining industry is set to rise in the coming decade, as fast-falling costs and environmental considerations move the industry further away from fossil fuels.

It’s likely that rising prices on diesel and traditional energy sources will be the most significant factor in incentivising mining companies to move towards microgrids and renewable energy sources.

A report by the analytical group Fitch Solutions said: “Despite increasing social pressure to improve environmental, social and governance (ESG) standards, [we believe that] the price motive will remain the driving factor behind mining companies’ decision to increasingly shift their energy consumption towards renewables in the short term.”

This move to cut prices, allied with increasing levels of climate activism and technological advancement make it highly likely that mining will embrace the multiple benefits of microgrids and renewal energy sources in the years to come.