Asia’s installed renewable energy capacity almost tripled between 2009 and 2018, increasing from 349.1GW to 1,023.5GW. The growth is primarily led by China, which now accounts for around 68% of the region’s total installed capacity. 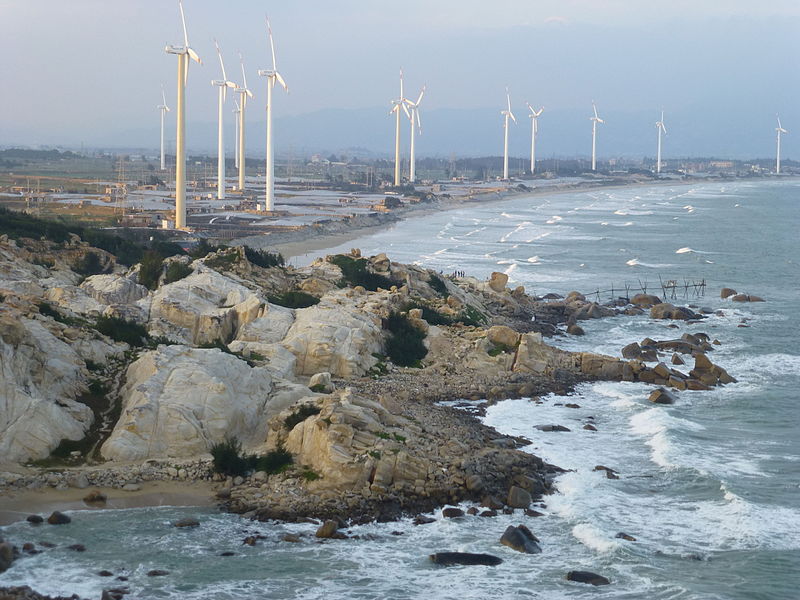 Compelo Energy lists the six biggest renewable energy producers in Asia based on their installed renewable capacity in 2018.

It hosts the 22.5GW Three Gorges hydro project, which is the world’s biggest hydropower station. Owned by China Yangtze Power, the Three Gorges Dam is a hydroelectric gravity dam built along the Yangtze River. A 16GW hydroelectric project, being built along the Jinsha River in the form of the Baihetan Dam, is a major renewable energy project that is coming up in China.

Wind and solar are the other next major sources of renewable energy in China, contributing to 26.4% and 25.1% to the country’s renewable energy, respectively. The Gansu Wind Farm in the Gansu province with a planned capacity of 20GW is set to become the biggest wind project in China. Also known as Jiuquan Wind Power Base, the project comprises a group of wind farms under construction.

The country’s biggest solar project till date is the 1.54GW Tengger Desert Solar Park in Ningxia, which is also the world’s biggest photovoltaic power plant. Another major solar facility in China is the Longyangxia Dam Solar Park (850MW) in the Qinghai province, which is operated by State Power Investment Corporation.

India is the second largest renewable energy producer in Asia and also finds place among the top ten in the world. The country is a major producer of hydroelectric power, with an installed capacity of 50GW in 2018.

Power generated by wind and solar facilities account for 29.8% and 22.8%, respectively, for the country’s total renewable energy capacity.

Hydropower is the main renewable energy source for Japan, thanks to several massive hydroelectric projects such as the 2.82GW Kannagawa Hydropower Plant in the Gunma Prefecture owned by the Tokyo Electric Power Company and the 1.93GW Okutataragi Pumped Storage Power Station in the Hyōgo Prefecture operated by KEPCO.

Other major hydropower plants in Japan include the 1.6GW Okukiyotsu Pumped Storage Power Station in the Niigata Prefecture operated by J-Power and the 1.5GW Matanoagawa Pumped Storage Plant in Tottori Prefecture owned by Chugoku Electric Power Company, to name a few.

Major solar facilities in the country include the 235MW Setouchi Kirei Mega Solar Power Plant in Okayama, the 148MW Eurus Rokkasho Solar Park in Aomori owned by Eurus Energy, and the 111MW SoftBank Tomatoh Abira Solar Park in Hokkaido operated by a joint venture between SB Energy and Mitsui.

Vietnam currently operates the 2.4GW Sơn La Dam hydro power plant, which is considered as the largest hydroelectric power station in south-east Asia. Vietnam has set a goal to increase its hydropower production to 27.8GW by 2030.

In 2018, AC Energy and TBC announced plans to jointly build renewable energy projects with 700MW capacity in Vietnam. AC Energy planned to commence the construction wind farms with a combined capacity of 200MW in Vietnam in 2019.

In solar energy space, the country’s capacity almost remained unchanged from 2009 to 2017, increasing from 4MW to 8MW. In December 2018, the country saw the completion of the 70MW Krong Pa mega-solar project in Krong Pa District of Gia Lai Province.

Power produced by the wind and solar facilities contribute to 13.1% and 5.8%, respectively, to the country’s total renewable energy generation.

Pakistan generates more than 76% of its renewable energy from hydropower facilities. In 2018, the country’s wind and solar power capacity were 1.1GW and 1.5GW, respectively. The government aims to increase the renewable energy share in its total power generation to 30% by 2030.

The Quaid-e-Azam Solar Park in Bahawalpur, Punjab, is the major solar power facility in the country. Covering an area of 500 acres, it is a 100MW solar power plant featuring 392,158 solar modules.

Wind and solar power generation account for 8.4% and 11.5%, respectively, for the country’s total renewable energy generation.

South Korea produces more than 50% of its renewable energy from hydropower plants. However, its hydropower witnessed a marginal growth from 2009 to 2017, from 5.5GW to 6.4GW.

The 1GW Yangyang Pumped Storage Power Station is the major hydroelectric power station in the country. Other major hydropower facilities include the Chungju Dam with an installed capacity of 400MW, the Soyang Dam with 200MW capacity, and the 108MW Hwacheon Dam.

South Korea, which is one of the leading energy importers in the world, aims to have 20% of renewable generation share in the total electricity production by 2030. The country, which currently operates the 254MW Sihwa Lake Tidal Power Station, had earlier proposed to build 520MW Garorim Bay Tidal Power Station in Garorim Bay, on the west coast of South Korea.

The country’s wind and solar power capacities stood at 1.3GW and 7.8GW in 2018, respectively.