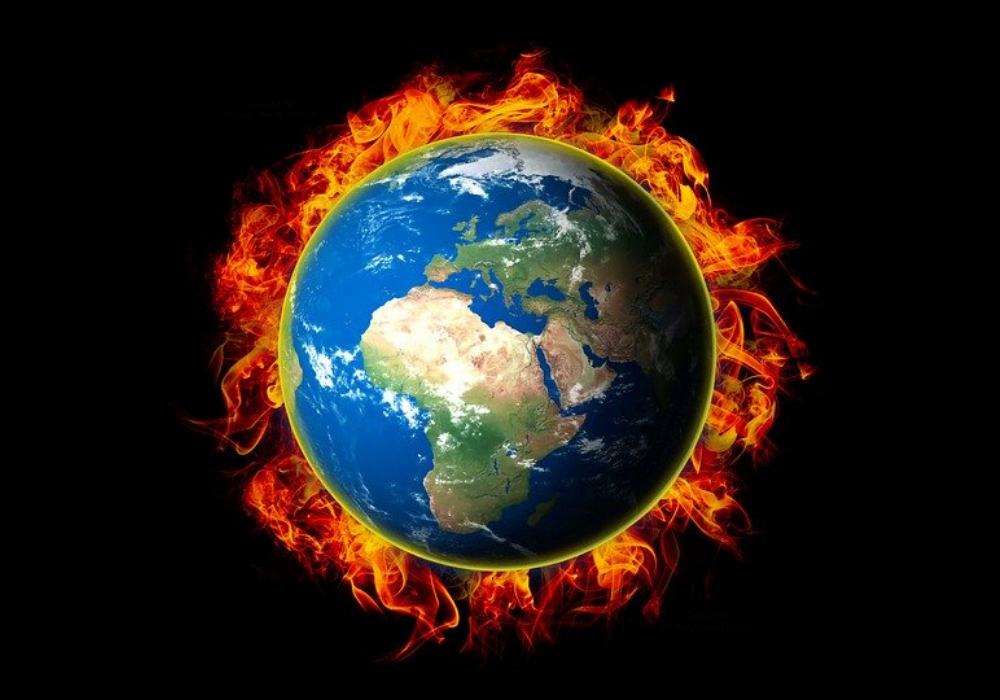 The IPCC claims that to have a 50% chance of keeping global warming in check, global emissions need to reach net zero by 2050 (Credit: Pixabay/Cristian Ibarra)

The UK and France are just two of a number of countries to have set legally-binding targets on achieving net-zero greenhouse gas emissions.

The nations are reducing CO2 levels to help prevent runaway climate change and ensure global warming remains “well below” 2C by 2100, as laid out in the 2015 Paris Agreement.

Bhutan in South Asia and Suriname in South America are the only countries that already absorb more greenhouse gases than they emit.

In October 2018, the UN’s Intergovernmental Panel on Climate Change (IPCC), claimed that to have a 50% chance of keeping global warming in check, global emissions need to reach net zero by 2050.

In February 2020, analysis by the Energy and Climate Intelligence Unit (ECIU), a London-based think tank, showed that more than $39tn — about 49% of the world’s annual GDP — is generated by nations, regions and cities with an actual or intended net-zero target.

On releasing the data, ECIU director Richard Black said it was “extraordinary that just 18 months on from the IPCC report that nations, regions and cities representing virtually half of global GDP have set compatible goals”.

Which countries have a net-zero target in place by law?

In June 2017, Sweden pledged to reach carbon neutrality by 2045 – making it the first country to put into law a timeline to ensure it was ahead of the Paris Agreement’s target.

It plans to reduce its absolute emissions by 85% compared to 1990 levels, with the remaining 15% to be eradicated through investments in projects that contribute to reducing pollution in Sweden and elsewhere across the world.

The country has spent several years decarbonising its energy sector, by increasing its nuclear fleet and investing in hydroelectric power sources, while a carbon tax was imposed in the 1990s to support a shift from fossil fuels.

Swedish climate activist Greta Thunberg has gained international recognition over the past couple of years after delivering many high-profile speeches and leading demonstrations calling for increased action to combat climate change.

Former UK Prime Minister Theresa May set into law a target of reaching net-zero emissions by 2050 in June 2019.

In doing so, Britain became the first G7 country moving towards curbing climate change at such a scale, building on its previous target of cutting emissions by 80% over the next three decades.

As part of its efforts, the UK’s carbon emissions have fallen by 29% to 354 million tonnes over the past 10 years.

However, the Committee on Climate Change (CCC), an independent adviser to the UK Parliament, believes it will not meet its next two climate targets as progress in cutting emissions is expected to slow over the coming years.

France, a nation that relies heavily on nuclear power, is looking to ramp up its development of low-carbon sources and renewable hydrogen, while aiming to phase out coal-fired power plants by 2022.

Measures are being taken to improve about 7.2 million poorly insulated households in the country, as the housing sector makes up about 45% of its power consumption and 25% of the carbon emissions produced.

Having previously proposed a net-zero target, the Danish government committed by law to reaching carbon neutrality by 2050 in June 2019.

The government pledged to introduce binding decarbonisation goals and strengthened its 2030 ambition to reduce emissions from 40% below 1990 levels to 70%.

Figures released by Danish state-run utility company Energinet showed that 47% of the country’s energy was generated from wind power alone in 2019.

This renewable energy is a key component of the country’s decarbonisation plans as it aims to ensure its electricity sector is fossil fuel-free by 2030.

New Zealand passed a law in November 2019 to reach net-zero emissions by 2050.

It claims to be in a good position to hit the target, with 80% of the country’s electricity being sourced from renewables and a phase-out of oil and gas planned for 2035.

But there is a big loophole in the government’s climate proposal, as it does not include reaching net zero on methane emissions – which are believed to trap about 30 times as much heat in the atmosphere as CO2.

Agriculture accounts for almost half of New Zealand’s greenhouse gas emissions, while methane emissions from ruminant animals make up about a third of its total emissions.

Hungary set a law-binding target to reach net-zero emissions by 2050 in June 2020.

The Central European nation made the pledge as part of its commitment to the proposed EU net-zero emissions strategy for 2050, which is at the heart of the bloc’s Green Deal.

Hungary’s carbon-neutrality declaration did not include a strengthing of its climate targets for 2030, by which time it is aiming cut emissions by 40% from 1990 levels.

The country is instead leaving the bigger emissions cuts for the next decade, but it is set to close its last remaining coal power plant by 2025 and scale up on nuclear.

China, the world’s largest emitter, announced its ambition to become carbon neutral before 2060 in September 2020.

President Xi Jinping said his country will seek to peak its emissions “before 2030”, and introduce “more vigorous policies” to advance its nationally determined contributions (NDCs) set out under the Paris Agreement.

While the nation may be the world’s biggest burner of coal and the largest market for fossil fuels, it is also the leading builder of renewables and the largest global investor in clean energy – making its net-zero pledge all the more important in the fight against climate change.

Japan pledged to achieve net-zero emissions by 2050 in October 2020.

The country’s commitment is significant, because it the world’s fifth-highest emitter of carbon emissions and will require a big strategic shift away from coal in its domestic energy production.

Coal, gas and oil currently dominate the nation’s energy mix, and achieving net-zero emissions by 2050 will require major investments into renewable energy, as well as reducing the size of its coal fleet.

While specific policies for getting the country to carbon neutrality by 2050 were not provided as part of the latest pledge, Japan’s pre-existing “Basic Energy Plan” – set in 2018 and due for revision in 2021 – targets 22% to 24% of its energy to come from renewables by 2030, along with 20% to 22% from nuclear power and 56% from fossil fuels.

Two days after Japan’s net-zero commitment, South Korean President Moon Jae-in pledged that his country will also reach carbon-neutrality by 2050 during a speech to the national assembly in October 2020.

He said the East Asian nation, which relies heavily on fossil fuels to power its electricity grid, would bring an end to its coal dependency and replace it with renewables as part of the country’s Green New Deal that was announced in July 2020.

Coal power is currently the bedrock of South Korea’s electricity supply, accounting for about 40% of the country’s total energy mix – and it still has seven new coal power units under construction, which will inevitably make the net-zero challenge that bit harder.

But the country’s Green New Deal, which President Moon said will include 8tn South Korean won ($7.1bn) for green projects, vows to introduce a carbon tax, put an end to the financing of overseas coal plants and establish charging stations for electric and hydrogen vehicles.