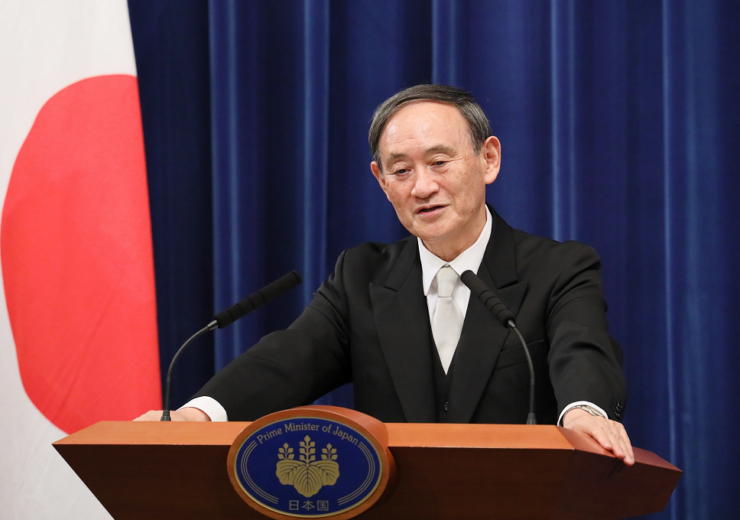 Japan has committed to achieving net-zero emissions by 2050, joining a growing list of countries to have set mid-century decarbonisation targets.

The country’s pledge is significant, because it the world’s fifth highest emitter of carbon emissions and will require a big strategic shift away from coal in its domestic energy production.

“Responding to climate change is no longer a constraint on economic growth,” he said. “We need to change our thinking to the view that taking assertive measures against climate change will lead to changes in industrial structure and the economy that will bring about great growth.”

While specific policies for getting the country to carbon neutrality by 2050 were not provided, the commitment brings Japan in line with other major emitters China and the European Union in setting a clear target date to transition its energy system.

Next week’s US presidential election could potentially lead the world’s second-largest carbon emitter to join this global transition.

Democrat nominee Joe Biden plans to reinstate America’s involvement in the Paris climate agreement if elected – reversing the withdrawal set in motion by President Donald Trump, and paving the way for a major shift towards clean energy over the coming decades.

After the Fukushima nuclear disaster in 2011, Japan dramatically reduced its nuclear power programme amid safety concerns – which has led to a growing reliance on fossil fuels during the past decade to replace the lost energy capacity.

Coal, gas and oil currently dominate the country’s energy mix, and achieving net-zero emissions by 2050 will require major investments into renewable energy, as well as reducing the size of its coal fleet.

Dr Alison Doig, international lead at the Energy and Climate Intelligence Unit (ECIU), said the announcement signals a “significant green shift” for Japan, given its previous “determined reluctance to let go of a coal-powered future”.

“It will further concentrate the minds of investors, banks and the entire financial community because with China, Japan and the EU all setting a course for net-zero emissions around mid-century, there’s clearly a very limited future for remaining invested in fossil fuels,” she added.

Japanese Minister of Economy, Trade and Industry, Hiroshi Kajiyama, told reporters that concrete goals to promote hydrogen, battery storage, carbon recycling and wind power will be identified in a report released by the end of the year, according to Bloomberg.

Suga referred to “next-generation solar cells and carbon recycling” as important innovations to the transition, and promised “green investments” into research and development, as well as regulatory measures to spur market activity in what is the world’s third-largest economy.

“Japan should aim to supply 50% of its power generation with renewable energy by 2030,” said Sam Annesley, secretary-general of Greenpeace Japan, who welcomed today’s announcement.

“A target of 50% or less will not reach virtually zero, and may exceed the 1.5 degrees [Celsius] target set by the Paris Agreement.”