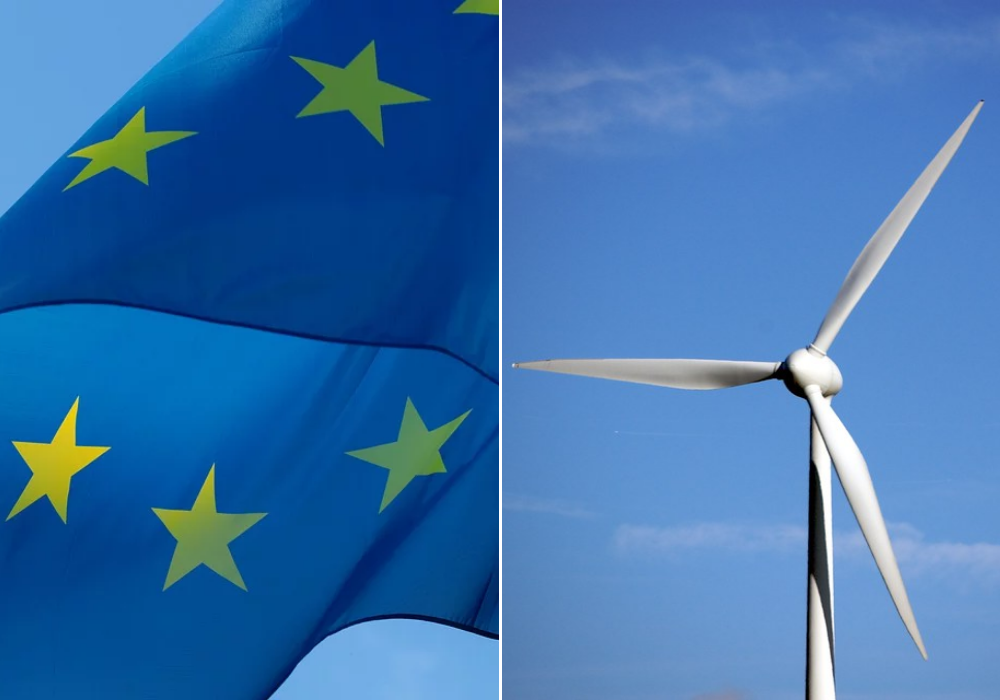 Transitioning to clean energy is key to combating climate change – and it plays a central role in the new EU Green Deal.

By creating a new sustainability approach, the EU hopes it can reduce greenhouse gas emissions by at least 50% between 1990 levels and 2030.

The European Commission’s executive vice-president Frans Timmermans admitted the world is in a “climate and environmental emergency”.

“The European Green Deal is an opportunity to improve the health and well-being of our people by transforming our economic model,” he added.

“Our plan sets out how to cut emissions, restore the health of our natural environment, protect our wildlife, create new economic opportunities, and improve the quality of life of our citizens.

“We all have an important part to play and every industry and country will be part of this transformation.”

After a debate over the legislation opened on 28 January, ahead of an expected proposal by March, we look at what the European Green Deal could mean for the energy industry.

What is the EU’s Green Deal?

The Green Deal, published in December 2019, was proposed by the European Commission, which is the executive branch of the EU and is responsible for proposing legislation, implementing decisions, upholding treaties and managing the union’s day-to-day business.

It says the scheme is a roadmap for making the EU’s economy sustainable by “turning climate and environmental challenges into opportunities across all policy areas and making the transition just and inclusive for all”.

In what will be the biggest policy overhaul since the union took on its modern format in 1993, almost every major aspect of its economy will be re-evaluated as the planet faces climate concerns and environmental emergencies.

The EU says it will invite the European Parliament and the European Council to endorse the Commission’s ambition for Europe’s future economy and the environment, before bringing forward the measures announced in the deal.

What does the EU’s Green Deal mean for energy?

The energy industry will play a pivotal role in the EU’s transition to cleaner energy, with an emphasis on reducing greenhouse gas emissions, introducing smart traffic systems and ensuring a sustainable future for the next generation.

The union has already started to modernise and transform the economy and claims to have reduced greenhouse gas emissions by 23% between 1990 and 2018, with its economy growing by 61% in that period.

Given that current policies will only reduce greenhouse gas emissions by 60% by 2050, it intends to increase environmental targets for 2030 and 2050.

The EU will present a plan to increase the EU’s greenhouse gas emission reductions target for 2030 to at least 50% and towards 55% compared with 1990 levels in a “responsible way” by summer 2020.

Providing energy efficiency is an EU priority, with further decarbonising of the energy system “critical” to reaching climate objectives in 2030 and 2050.

It says the production and use of energy across economic sectors account for more than 75% of the EU’s greenhouse gas emissions.

It believes a power sector must be developed that is based largely on renewable sources, complemented by the “rapid phasing out of coal and decarbonising gas”.

For this to become a possibility, the deal adds that it is “essential to ensure that the European energy market is fully integrated, interconnected and digitalised, while respecting technological neutrality”.

The union’s clean energy transition will focus on the opportunities renewable energy sources can provide and says it will “have an essential role”.

EU members are set to present their revised energy and climate plans by the end of 2019 and the commission says these plans “should set out ambitious national contributions to EU-wide targets”.

The deal adds that increasing offshore wind production will be essential and believes the smart integration of renewables, energy efficiency and other sustainable solutions across sectors will “help to achieve decarbonisation at the lowest possible cost”.

The deal admits that achieving a climate-neutral and circular economy requires “the full mobilisation of industry”.

It says it takes 25 years to transform an industrial sector and all the operations, meaning decisions and actions “need to be taken in the next five years” to reach the 2050 target.

The EU will adopt an EU industrial strategy in March 2020, in which a new circular economy action plan will “help modernise the EU’s economy and draw benefit from the opportunities of the circular economy domestically and globally”.

It says a key aim of the new policy framework will be to “stimulate the development of lead markets for climate-neutral and circular products, in the EU and beyond”.

The deal says “energy-intensive industries”, such as steel, chemicals and cement, are indispensable to Europe’s economy.

This is because they supply “several key value chains” and the EU says the decarbonisation and modernisation of the sector are essential.

Building renovation was earmarked as one of the “flagship programmes” of the deal, which is aimed at reducing the energy consumption of buildings.

It says the construction, use and renovation of buildings require “significant amounts of energy and mineral resources” and that buildings account for 40% of the energy consumed.

The EU highlights that the annual renovation rate of the building stock varies from 0.4% to 1.2% in its member states and says this rate will need to at least double to reach the EU’s energy efficiency and climate objectives.

The Commission will “rigorously enforce” legislation related to the energy performance of buildings, starting with an assessment in this year of EU countries’ national long-term renovation strategies.

The deal plans to conduct work on the possibility of including emissions from buildings in European emissions trading.

It says this will be part of broader efforts to ensure the relative prices of different energy sources provide the “right signals” for energy efficiency.

Transport accounts for a quarter of the EU’s carbon footprint and it believes a 90% reduction in transport emissions is needed by 2050 to achieve climate neutrality.

It highlights road, rail, aviation and waterborne transport as areas that have to contribute to the reduction.

The Commission says it will adopt a strategy for sustainable and smart mobility this year that will “address this challenge and tackle all emission sources”.

The union plans for automated and connected multi-modal mobility to play an increasing role, together with smart traffic management systems enabled by digitalisation.

It says it will develop systems for traffic management and mobility-as-a-service solutions through its funding programmes.

The EU believes about one million public recharging and refuelling stations will be needed for the 13 million zero and low-emission vehicles it expects to be on Europe’s roads by 2025.

It aims to support the deployment of public recharging and refuelling points where “persistent gaps exist, notably for long-distance travel” and in “less densely populated areas”.

The union says it will launch a new funding call to support this as soon as possible.

It also plans to propose legislation in this year to ensure a safe, circular and sustainable supply chain for all batteries, which will also cater to the growing market of electric vehicles.

The deal has a zero pollution ambition to achieve a “toxic-free environment”.

The EU admits it needs to “better monitor, report, prevent and remedy” pollution from air, water, soil, and consumer products.

It says it will need to look “more systematically” at all policies and regulations, and adopt a zero pollution action plan for air, water and soil in 2021.

The union will present a chemicals strategy for sustainability, which it says will “help to protect citizens and the environment better against hazardous chemicals and encourage innovation for the development of safe and sustainable alternatives”.

What has happened so far with the European Green Deal?

The Commission launched a public debate on increasing its ambition on 28 January, aiming to ensure the bloc’s climate goal is implemented into legislation before the UN’s COP26 conference in Glasgow later this year.

Timmermans said the objective will be to “discipline everyone, especially on the political side, to deliver on this promise” by 2050.

But he warned the “green industrial revolution” will happen whether Europeans are completely behind it or not.

“If we get this right, I can assure you that worldwide, there will be huge interest,” added the Commission’s vice-president.

He said this is a “unique opportunity to lead, not just in Europe but in the world”, on green technologies that will shape the global economy.

Feedback from the debate will be used to build the legislative proposal for a European Climate Law, expected to be made in March.

Two votes will then be made on the bill in June and July.