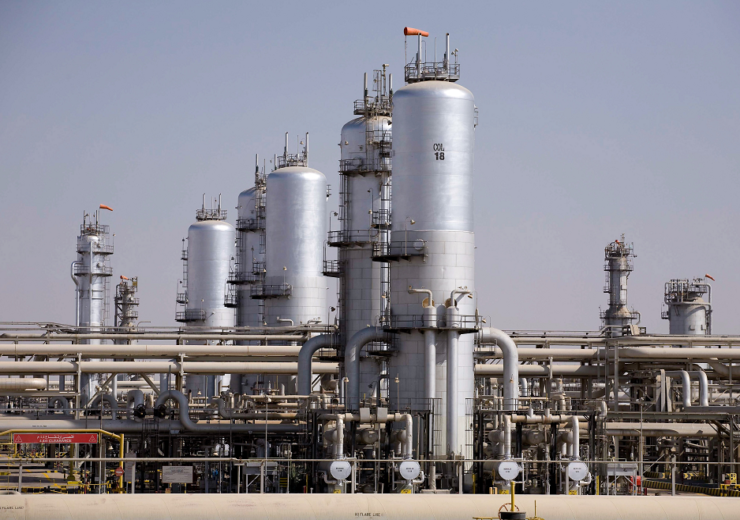 Saudi Aramco has lowered its production targets for May and June to 7.5 million bpd (Credit: Saudi Aramco)

Saudi Aramco has reported a 25% drop in first-quarter earnings for 2020 amid market turmoil provoked by a crisis “unlike any the world has experienced”.

The state-backed energy giant, which controls the flow of oil from the world’s biggest exporting nation, revealed its net income for the first three months of the year was $16.7bn, down by a quarter compared to the $22.2bn posted in the same period in 2019.

Revenue was down almost 19% year-on-year, from $63.2bn to $51.4bn, with the effects of coronavirus having sent benchmark oil prices into freefall since the start of the year as global demand evaporated and storage space for the growing surplus diminishes rapidly.

It marks the start of another turbulent year for Aramco, which in 2019 sealed its much-anticipated IPO at a record-breaking $1.7tn valuation but reported a 20% drop in full-year profits as a result of subdued oil prices and operational disruption caused by the drone attacks at two of its key production facilities.

In March, the company said it would slash capital spending this year to as low as $25bn – compared to $33bn in 2019 – as part of efforts to mitigate the impact of the coronavirus shocks that have unleashed huge disruption and uncertainty across the market.

Saudi Aramco president and CEO Amin Nasser said: “Not surprisingly, our financial performance in the first three months of 2020 was impacted by the ongoing effects of the Covid-19 global pandemic, as well as lower oil prices.

“We retain significant flexibility to further adjust expenditures in response to the disruption caused by the coronavirus on both economic activity and energy demand.

“The crisis is unlike any the world has experienced and we must all adapt to highly complex and rapidly-changing developments.”

Share prices in Saudi Aramco stood at 31.3 Riyals in afternoon trading GMT, slightly down on the SAR32 flotation price in December’s IPO.

The firm confirmed a dividend payment of $18.8bn for the first quarter, with no mention of plans to alter the $75bn it intends to deliver to shareholders over the full course of the year.

Despite the demand tail-off caused by coronavirus lockdowns, the company was in March instructed by the Saudi regime to boost production capacity to 13 million barrels per day (bpd) as part of the country’s brief tussle with Russia for market share – although an emergency Opec+ summit convened last month to address the oil crisis drew a line under the quarrel.

At the meeting, Riyadh and Moscow, along with other members of the oil-producer alliance, agreed to enact voluntary production curtailments in an effort to slow the pace of unwanted commodities flooding the market – a commitment that reduced the kingdom’s crude output targets to around 8.5 million bpd during May and June.

Yesterday (11 May), Saudi Arabia took this one step further with a surprise announcement of an additional voluntary cutback of one million bpd over the next two months.

The kingdom’s energy ministry confirmed it has instructed Saudi Aramco to target production levels of 7.5 million bpd “in an effort to support the stability of global oil markets” – setting an example it hopes other members of Opec+ will follow.

The Saudi leadership will be keen to find a resolution to the market crisis that has brought so much upheaval to its key business, as the turmoil that has unfolded over the past three months has cast the kingdom’s plans for economic reform into doubt.

Crown Prince Mohammed bin Salman’s Saudi Vision 2030 programme had been intended to modernise the country’s economy by using its vast oil wealth to diversify business activity in the kingdom, but the pressure on national finances amid the pandemic is putting the project under threat.

This week, the Saudi finance minister Mohammed al-Jadaan announced a range of domestic spending cuts totalling more than $26bn, as well as a three-fold increase to VAT, which will rise to 15% in July, and an end to its cost of living allowance to citizens.

Since the national budget was announced in December, crude oil prices on which Saudi Arabia remains so dependent for national revenue have more than halved, with Brent crude currently trading at under $30 per barrel.