ABB's subsea technology can deliver 100MW of stable power to deepsea drilling equipment at depths of up to 3,000 metres, more than 600 kilometres from shore 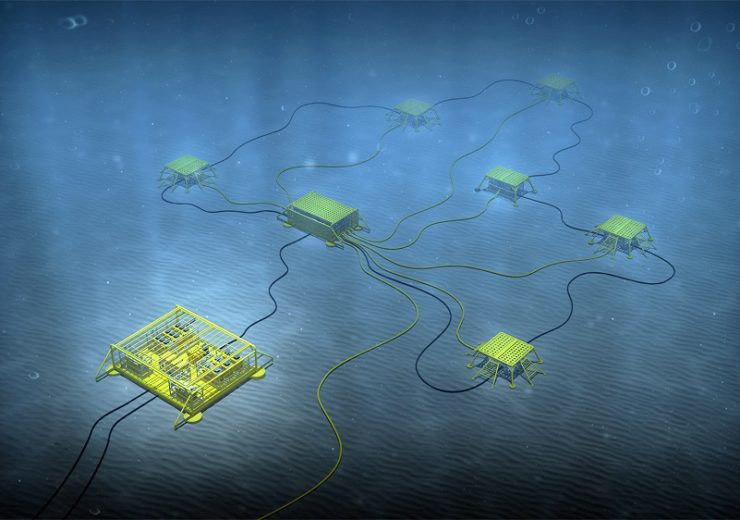 Industrial technology manufacturer ABB has completed final testing of an autonomous subsea power system, which has been designed to improve oil and gas production from deep-water locations. Andrew Fawthrop travelled to the harbour town of Vaasa, Finland, to see the equipment in its final stages of development.

At depths of 3,000 metres, in a region known as the abyssal plain, little to no light finds its way to the ocean floor. Strange, jelly-like creatures subsist on decaying organic matter raining down from above, while atmospheric pressure 300-times that experienced at the surface exerts itself in every direction.

Yet despite these hostile conditions, ambitious oil and gas explorers have sought to extract fuels from the deep reaches of the sea – constructing elaborate equipment capable of extending thousands of metres down from the surface to breach the seabed.

Delivering the necessary power to this subsea equipment has proven a tricky obstacle to overcome, requiring the construction of surface-level platforms to accommodate the tools for generating and distributing electrical energy to pumps, compressors and other devices.

The great vision for many firms pursuing this kind of deep-water resource exploration is for an underwater factory capable of sitting on the sea floor near to the well, operating autonomously to carry out the various operations needed to support extraction.

Last week, Swiss-Swedish industrial engineering firm ABB announced it had reached a key milestone in realising this vision – the commercial development of a complete subsea power substation, capable of operating independently in the deep ocean to distribute electricity to drilling equipment.

The achievement was the result of a six-year joint industry partnership (JIP) with oil majors Total, Chevron and Equinor, and was celebrated as a significant step forward in the mission to develop a fully-operational subsea factory.

ABB senior vice president and managing director for energy industries Kevin Kosisko says: “This signals a new era for oil and gas operations — an era in which we can go into deeper and more remote waters, and place equipment on the seabed without maintenance for more than 30 years.

“Full subsea electrification has been a long-time coming. It’s not easy, but we’ve done it. Oil and gas companies now have access to technology that will completely transform how they operate.”

The autonomous subsea power substation has been heralded as a “game-changing” development for an oil and gas industry under pressure from environmental campaigning and global initiatives to reduce reliance on fossil fuels.

ABB claims the new equipment will allow firms to halve emissions created during existing offshore extraction processes — due in large part to the fact that a single umbilical cable, which can be tied back 600 kilometres to land, enables power generated onshore to be deployed to the underwater drilling site.

This opens the door for these companies to use clean, renewable supplies of energy to run their deep-water operations, rather than needing to burn hydrocarbons out at sea to generate power.

ABB vice-president and global industry manager for oil and gas Martin Grady explains: “With the arrival of long-distance subsea power transmission and distribution, we are enabling a step-change in the offshore oil and gas industry.

“Just as new power transmission capabilities transformed cities globally in the early nineteenth century, the ability to transmit power subsea, over longer distances, and then distribute it locally, will truly transform the way offshore oil and gas developments are designed, built and operated.

“We really are at the start of a new epoch in cleaner, safer, more energy-efficient hydrocarbon production using technology that will open up access to power for all users in the ocean space.”

Once power has been deployed to the sea floor through the long-distance cable, it is then regulated by infrastructure designed specifically to withstand the harsh environment of the deep sea.

Developing and testing mechanical equipment that can survive the conditions of the abyssal plain, particularly without significant maintenance for up to 30 years, was a challenging venture – one that required a concerted effort of trial and error with various components and manufacturing techniques.

ABB research and development principal engineer for subsea technology Henning Nesheim explains: “The deep sea is comparable to outer space in several ways – but especially the remoteness and unknown conditions.

“Our equipment has to withstand the immense pressure of the ocean. The electronic modules are filled with nitrogen at atmospheric pressure levels and the equipment is protected by very thick steel walls.”

The infrastructure’s core components comprise a control hub for remotely managing and monitoring the system, medium voltage switchgear for distributing electricity to the various parts of the substation, and variable speed drive (VSD) units which control the motor torque and speed of pumps and compressors.

Total, Chevron and Equinor partnered ABB throughout the six-year process, providing their end-user expertise of offshore exploration to the manufacturer, and giving regular feedback throughout the development period.

This involvement naturally allows them early access to the subsea technology – although now fully-developed the equipment is commercially available to any company that wishes to use it.

Head of Total’s research centre in Stavanger, Norway, Jeremy Cutler says: “This is what we call disruptive technology.

“It’s a transformative technology that is going to allow us to put power subsea where we need it, without the expensive solutions of the topside variable speed drives and the different power cables.

“It’s going to enable us to open up some of the unexplored areas of the ultra-deep down at 3,000 metres, bringing in new reserves – and who knows what the future applications could be in terms of the renewables industry?

“Ultimately, it’s about putting the subsea production system as close as possible to the reservoir, to achieve the drawdowns you need from a pressure point of view to maximise the economic recovery of the oil and gas fields.

“It’s about the bigger vision of a subsea factory, which opens up all sorts of vistas for opportunities in the deep water.

“This technology means we no longer have this heavy equipment on the platforms – instead we have a more efficient system that should see better use of energy and a reduction of carbon emissions by putting everything subsea.”

The culmination of the $100m underwater power project was a successful 3,000-hour test run of the equipment at the remote harbour town of Vaasa, Finland – which ABB claims proves the commercial viability of its creation.

The subsea technology has been developed to operate at depths of up to 3,000 metres and to deliver up to 100MW of continuous power through a single cable over distances reaching 600 kilometres.

These parameters dramatically widen the scope of existing deep-water power infrastructure, offering a range of financial and operational benefits, including lower risks and energy intensity, fewer costs associated with topside construction and a lower cost of decommissioning at the end of a project.

“You have in principle new a technology that can reach 3,000 metres deep, reaching assets far from any infrastructure and reaching wells much farther out than we could manage before,” says Per Erik Holsten, ABB’s head of energy industries in northern Europe.

“And you can provide this technology with green or hybrid energy that really gives the benefit of environmental friendliness.

“There are productivity and energy savings that you can achieve by putting the energy source close to the well. You don’t have to transmit electricity through many cables over long distances — instead, you have just one cable and then distribute the power in the vicinity of the system.

“And if you consider that it’s almost a completely autonomous unit – you don’t need to intervene for thirty years – you can only imagine the calculation of financial benefits you could get out of this.”