Seabed mining: A necessary evolution or threat to the environment?

As demand for minerals used in the manufacture of consumer electronics intensifies, mining industries are turning to the seabed for new resource deposits 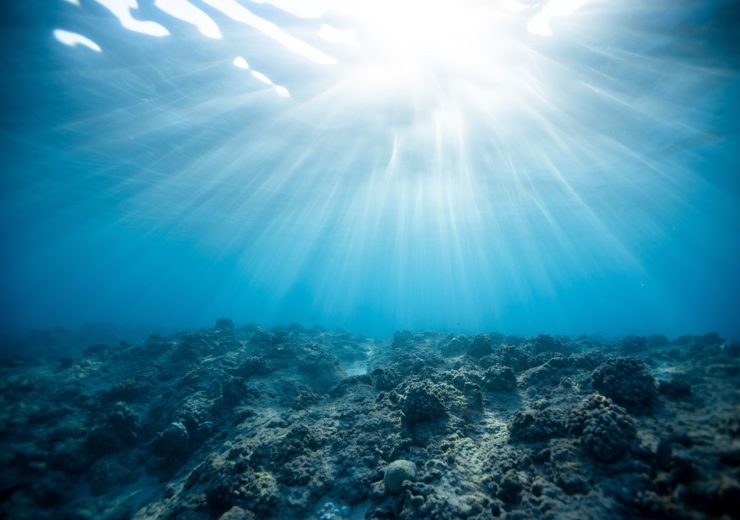 The ocean floor is potentially a new frontier in resource exploration

The nascent industry of seabed mining has attracted plenty of attention over the past few years, as demand for certain minerals used widely in consumer electronics has grown in tandem with environmental activism and intensified scrutiny of the industries involved in resource extraction.

The ocean floor has been found to host an abundance of polymetallic nodules – small mineral deposits packed with highly-coveted metals including gold, copper nickel and manganese – as well as sulphide deposits near hydrothermal vents.

Many of the minerals locked away in these sunken treasure chests are becoming increasingly sought-after by electronics manufacturers back on dry land, particularly in the case of battery manufacturing for consumer gadgets such as smartphones and electric vehicles.

Although widespread seabed mining activity has yet to take off, a significant amount of exploration and project panning has been completed.

Next year, the International Seabed Authority – the United Nations-created organisation designed to govern the seabed mining industry – is expected to finalise its regulations, paving the way for an upsurge in activity.

Here we take a look at some of the core arguments for and against the seabed mining industry, which is likely continue to court controversy over the coming years.

The case in favour of seabed mining

According to business intelligence firm GlobalData’s energy editor, Molly Lempriere, the ethical and environmental issues that afflict traditional mining industries provide a justifiable case for looking for new resources beneath the waves.

She says: “Relying, as we do currently, on Chinese imports and Congolese cobalt brings into question numerous environmental and societal concerns – can we ethically push for mining operations that we know will lead to child labour, colossal waste streams and destroyed rainforests?

“Oceans cover 70% of the Earth’s surface, providing a massive opportunity for mining dense deposits out of harm’s way.

“Many of the mineral deposits are much denser than those found on land, such as in the Clarion Clipper Zone – an area covering just nine million square kilometres but containing the equivalent of about 20% of all copper held in global land-based reserves.

“Furthermore, the mining processes themselves are often misunderstood, with many people assuming deep sea mining to be identical to the deep pits we find on land.

“These can be gathered in different ways, with different environmental footprints.

“Polymetallic nodules simply lie on the seafloor, and can be collected in a way akin to harvesting potatoes.

“As such, it has a relatively low environmental footprint, with technologies being created that can pluck these nodules from the floor.”

The case against seabed mining

The case against seabed mining is ultimately an environmental one, based on the risks of causing damage to marine life and seabed landscapes, as well as upsetting the delicate balances of subaquatic ecosystems and the unexplored biodiversity that exists in the deep ocean.

GlobalData energy writer JP Casey says: “While many mining projects pose threats to local environments, the risks associated with deepsea mining are all the more significant primarily due to the vulnerability of the ecosystems involved.

“The relatively unexplored and unidentified nature of deepsea ecosystems intensifies these risks.

“While land-based mining operations can disrupt known plant and animal species, subsea operations threaten those which have not yet even been identified.

“The Mineral Policy Institute (MPI) reported that around 20 new species of plants and animals had been discovered since the government of Papua New Guinea awarded a mining permit to Nautilus Minerals for the Solwara 1 project – raising significant concern among environmentalists who claimed the project could not have considered these species during the initial permit application.

“Just as subsea environments are a relatively unexplored region, the legal and social frameworks of deepsea mining are unexplored topics, and mismanagement and irresponsible investment could lead to significant threats to people.

“Operations at Solwara 1 project remain stalled, with Nautilus struggling to secure funding for the scheme following a financial collapse – and this breakdown has had a significant impact on Papua New Guinea itself.

“The offshore drilling industry is one governed by a number of regulations and restrictions, yet enforcing these rules has proven difficult in the past.

“An investigation into the Deepwater Horizon oil spill, the largest in human history that claimed 11 lives, pointed to a ‘failure of industry management’ as a key cause of the disaster.

“If regulatory compliance cannot be ensured in a long-established industry with a robust safety culture, it is difficult to imagine safe practice being enforced across the new and unexplored world of deepsea mining.”