Blixt has developed a digital alternative to traditional household circuit breakers, in what it believes will be a game changer for the future of electricity management 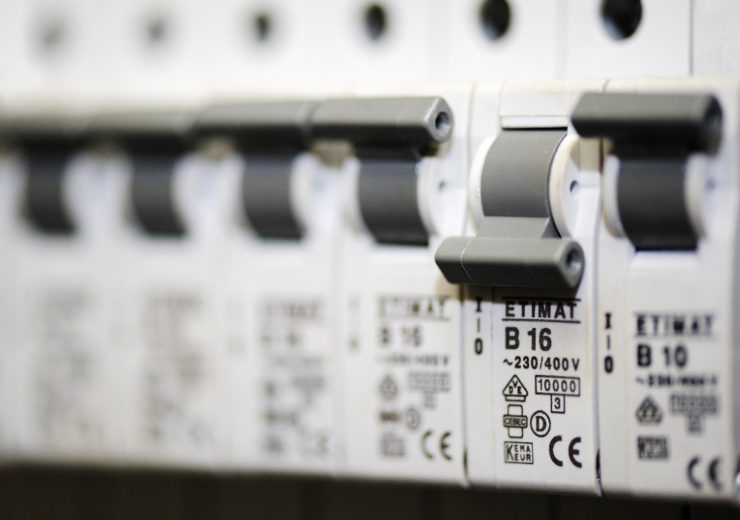 Mechanical circuit breakers have not changed substantially for many years

Blixt was founded in 2018 with the goal of bringing grid-edge data intelligence to the energy supply market through the introduction of digital circuit breaker technology. Andrew Fawthrop spoke to co-founder and CFO Charlotta Holmquist to find out more.

Mechanical circuit breakers have been the gatekeepers of household electricity supply for around 150 years, but disruptive forces may be on the verge of upsetting this long-established technology.

Swedish technology start-up Blixt has developed a digital alternative to traditional circuit breakers, which threatens to displace its analogue ancestor by offering higher standards of control and insight into electricity monitoring.

The solid state circuit breaker is a response to emerging trends in global energy markets and aims to satisfy growing demand for “grid-edge intelligence” from both consumers and power network infrastructure.

“Software is appearing in all aspects of every industry today, and it just doesn’t make sense to have an analogue, mechanical device in something so central as the entry point for electricity in a home,” says Blixt co-founder and CFO Charlotta Holmquist.

“No-one has solved that challenge before now. Very little has been done in this area of the market when it comes to the digitisation or software control of electricity.”

Blixt says its technology will benefit both households and the wider grid by making it easier to monitor and react to the ebb and flow of electricity supply and demand – giving customers and industry the ability to make better-informed energy-management decisions based on precise real-time data.

What the Blixt solid state circuit breaker does differently

While the Blixt circuit breaker currently remains in development stage, the first-generation pilot version is expected to be deployed within the next twelve months – and Holmquist says the German and UK markets are of particular focus.

The circuit breaker devices are being designed in a way that will allow a retrofit option for existing household fuse boxes – meaning a complex and invasive installation process won’t be necessary.

Holmquist says: “When it comes to electricity, the entry point to all homes is through the fuse box.

“The end point for the utilities is the meter, and so usually they have no idea of how electricity is being consumed and neither the homeowner nor the utility can really act on any information and take active control.

“We see that by making those 150-year-old mechanical circuit breakers into smart connected devices we can provide real-time data – and with that knowledge we know what devices are on and how they are consuming electricity.”

Changing trends in both the use and generation of domestic electricity supply means established ways of grid monitoring and load balancing are changing too, and Holmquist believes her firm’s device can offer help in numerous ways.

Blixt’s home turf of Sweden is one of the leading clean energy generators in the world, but Holmquist argues that to maximise the potential of renewable power more grid-edge technologies are needed to properly handle it.

“The main benefit from the grid perspective is load balancing,” she explains.

“Grids used to have one central production source and a very predictable consumer pattern, but today you have all of these distributed energy resources from things like solar and wind alongside new disruptive loads – like people charging their electric cars at 5pm causing a huge peak.

“That’s not good from a consumer perspective, because it becomes very expensive.

“From a utility and grid perspective, you can’t really use all the renewables because they are so unpredictable.

“So just by making it easier to shift loads saves a lot of money and lot of carbon emissions by allowing clean energy to be used more efficiently.”

Smart meters have received a lot of attention in recent years as a means to improve the way households manage and reduce their electricity usage, but Holmquist believes that going directly into the fuse box provides an even better way to do this.

She says: “Even smart meters only collect data every 15 minutes. And they only give a very high-level aggregation of the data, so they can’t tell exactly how electricity is being used.

“They can’t shift loads or switch things on or off remotely,

“So they provide better metering data for billing purposes, but not for real knowledge or control.

“The thing that makes solid state circuit breakers different is the real-time aspect and sub-metering – we can go down to the sub-meter level to really see everything that is connected.

“And we can act on that data – so if we see a load that we would like to shift, or something that is off that we want to turn on, we can do that through the circuit breakers.

“And not just ‘on or off’, but actually on a scale from zero to 100% because it’s a digital control which allows us to shift very elegantly.”

Blixt has a collaborative vision for market disruption

For a young tech start-up, moving into a vast and long-established industry with the intention of disrupting it can be a daunting prospect, but it can also be a “thrilling” one according to Holmquist.

Blixt’s view of the future is one in which it works collaboratively with the biggest players in the market, rather than trying to affect sweeping change single-handedly.

Holmquist says: “The way we see it is that they are all future customers, and we are already engaging with a handful of them.

“They are good at big volume sales and distribution, they work with installer networks and they can reach out far into the market.

“We are fast-moving and agile, we look at things differently, and we are really good at innovation.

“So if you look five years ahead, we can provide the core, IP-protected hardware, and let anyone use it. Our ambition is to make the most use of our technology – not lock it down into a proprietary solution and try to compete with those players.”