Solar power has emerged as a key component of the growing renewable energy market in South Africa, with more farms enriching its portfolio ever year 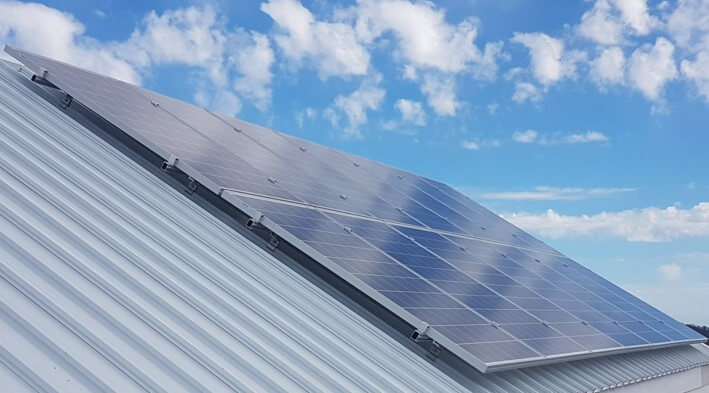 South Africa is home to a vast portfolio of solar projects (Credit: Treetops)

Over the past few years, South Africa has finished construction on a range of ambitious solar farms which have contributed to a budding renewable energy economy in the country.

As of 2016, it comprised more than 1.3 gigawatts (GW) of installed capacity, with this number expected to rise sharply and surpass 8GW within the next decade.

The Northern Cape region alone is home to more than 112 independent power producers, with roughly 19 projects connected to the grid, making for a capacity of 900MW.

From the largest solar farm in the southern hemisphere and Middle East to a 100MW facility completed just a few months ago, here we take a closer look at four key solar projects in South Africa.

Based in central South Africa, the relatively small town of De Aar is home to the largest solar farm anywhere in the southern hemisphere and across the Middle East.

Completed in 2016, the facility comprises an area spread over 500 hectares, with its 700,000 solar panels, a number set to increase in the future, providing 175MW of capacity.

It was built and is currently operated by Solar Capital, a global electronics manufacturing company, which spent $400m (£315m) on the project and claims it can eventually provide 75,000 jobs along the solar panel manufacturing supply chain.

Like all highly-productive solar facilities, on particularly sunny days it creates excess energy that the national grid cannot use, which then goes to waste.

Spanning 4.5 square kilometres, the £640m facility comprises 384,000 solar panels, has an output of 100MW and reportedly created more than 1,000 jobs during its three-year construction phase.

Its operator claims Kathu will provide clean energy to nearly 200,000 homes across the John Taolo Gaetsewe District Municipality, as well as other parts of the Northern Cape and South Africa at large.

Engie also says the facility will save about six million tonnes of carbon dioxide from entering the atmosphere annually over the next 20 years.

The operator claims the facility generates 60KW of clean energy and minimises evaporation from the adjacent farm’s dam, leaving more land for agriculture.

Speaking at a launch event on the farm in March, minister Beverley Schäfer said: “This project has looked at some of the key issues sustainability issues we are facing in agriculture and the economy today and has attempted to find solutions.

“The system reduces the farm’s reliance on the electricity grid, and provides clean, affordable energy supply, while at the same time also reducing evaporation and saving water.

“The knock-on effect is that the business will save money in the long run, and create a business that is not only environmentally sustainable, but financially sustainable as well.”

With a 96MW capacity capable of powering up to 80,000 South African homes, the Jasper Solar Energy Project, located in Kimberley in the Northern Cape, has been a key part of the country’s renewable energy portfolio since its construction in late-2014.

The Jasper Solar Energy Project was one of the many beneficiaries of the volley of incentives South Africa introduced between 2008 and 2014, which helped it achieve the world’s highest clean power growth in 2012.