The Kiamal Solar Farm is planned to have over 718,000 PV panels with single-axis trackers covering over 500 hectares 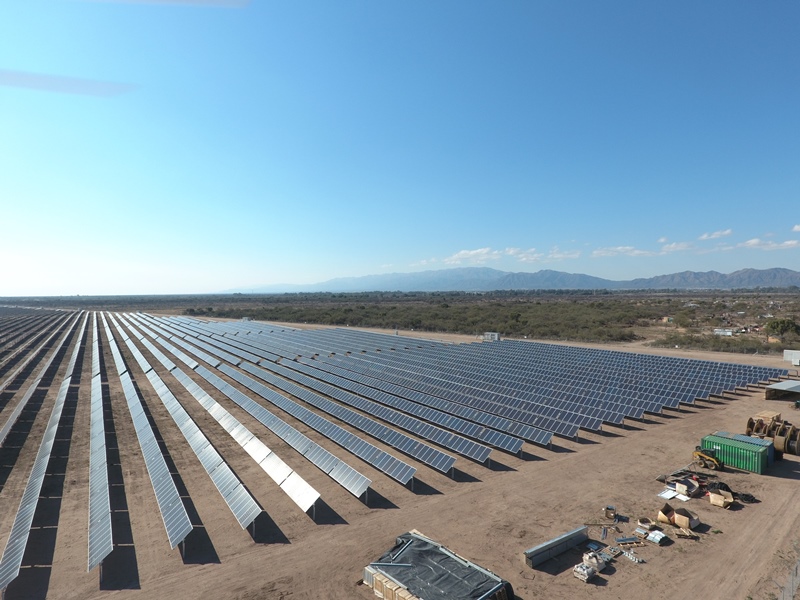 Image: The Kiamal Solar Farm is planned to have over 718,000 PV panels with single-axis trackers. Photo: Courtesy of Total Eren.

The 256.5MW Kiamal Solar Farm, located in North-West Victoria, is planned to have over 718,000 PV panels with single-axis trackers covering over 500 hectares, and is expected to reach commercial operations later in 2019

Once completed, the Project is expected to produce adequate electricity to meet the needs of more than 133,500 homes in Victoria and become the largest solar power plant in the area, eliminating more than 610,000 tonnes of carbon dioxide emissions annually.

Total Eren CEO David Corchia said: “The successful Financial Close of Kiamal constitutes another important milestone in Total Eren’s development in Australia. With our first project in this country, we are excited to be able to contribute to the shift towards renewable energy in Australia and to local development in Victoria.

“I would like to thank our financing partners ANZ, ING and Natixis, as well as CEFC and our outstanding team on the ground who together enabled us to go ahead with the construction of what will be the largest PV power plant in Victoria and one of Total Eren’s largest solar assets worldwide.”

The project has been financed by the firms ANZ, ING and Natixis, with the total value of debt financing reaching approximately £138m.

In addition, Clean Energy Finance Corporation (CEFC) has also provided £28m financing for the project in exchange of a minority equity stake.

A turnkey consortium jointly led by Biosar Australia and Canadian Solar is responsible for the construction of the wind farm.