Ingevity is hosting a photovoltaic solar panel system on approximately five acres of its land adjacent to the company’s ‘honeycomb’ scrubber manufacturing plant in Waynesboro, Georgia. 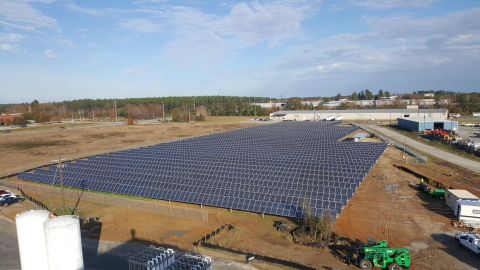 “As we continue to apply the tenets of sustainability to our business strategy, we remain committed to working with our energy suppliers and other partners to find ways to generate savings through the use of renewable energy,” said Michael Wilson, Ingevity’s president and CEO.

The solar array was installed earlier this year by Radiance Development RCS II, Atlanta, Georgia. The new system consists of approximately 3,000 solar modules, and will produce approximately 1.9 million kilowatt hours of energy in its first year of operation, offsetting the equivalent of approximately 3 million pounds of carbon dioxide on an annual basis. Radiance will continue to operate the system.

This is Ingevity’s second solar system installed at a manufacturing facility; the first was constructed at the company’s North Charleston, South Carolina, plant in early 2018.