Scatec Solar has signed an agreement with the International Organization for Migration (IOM), a related organization to the United Nations (UN), to supply solar and storage project to the Humanitarian Hub in Malakal, South Sudan. 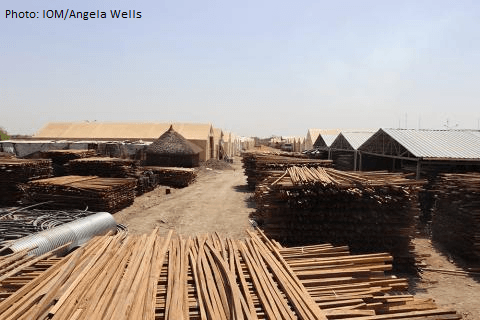 The IOM managed Hub, has nearly 300 workers from 34 organizations involved in humanitarian projects in the nearby Protection of Civilians Site and in Malakal town, as well as in the Upper Nile region. With the solar and storage project in place, the Hub is expected to reduce its diesel fuel usage up to 80-90%.

Scatec Solar developed this project by partnering with Norwegian company Kube Energy. The Norwegian solar company will design, supply, install and operate a 700kW capacity solar photovoltaic plant and a 1.6MWh battery energy storage system which will be connected to the existing diesel generators.

The hybrid installation is expected to drastically reduce diesel consumption for IOM-managed Humanitarian Hub and will contribute significantly in reducing both cost and CO2 emissions.

Scatec Solar CEO Raymond Carlsen said: “We are excited to have secured our first hybrid solar plant project. This is a key milestone for us as it marks the start of our cooperation with the United Nations. We look forward to providing the sites with clean energy and at the same time contributing to significant costs savings for the UN operations.”

Additionally, Scatec Solar has signed and agreement with another international agency to supply two hybrid solar plants with a total capacity 2.25MW at two other locations in the country.

These projects are expected to be completed in the fourth quarter of this year and the solar systems are said to be easily increased to supply power to local communities or other off-takers at later stage.

With such projects in hand, Scatec Solar expects huge potential for future cooperation to support the United Nations in reducing their fossil fuel dependence.

Last month, the company and its partners connected to grid 65MW of the 400MW Benban solar project in Egypt. The Benban project is Scatec Solar’s largest PV project under construction and is the largest contributor to the 1.5GW Benban site.