Industry veteran Henrik Stiesdal on the future of offshore wind

The Danish offshore wind expert has spent a career at the forefront of his industry. Here he discusses its future, the climate emergency and the importance of energy storage technology 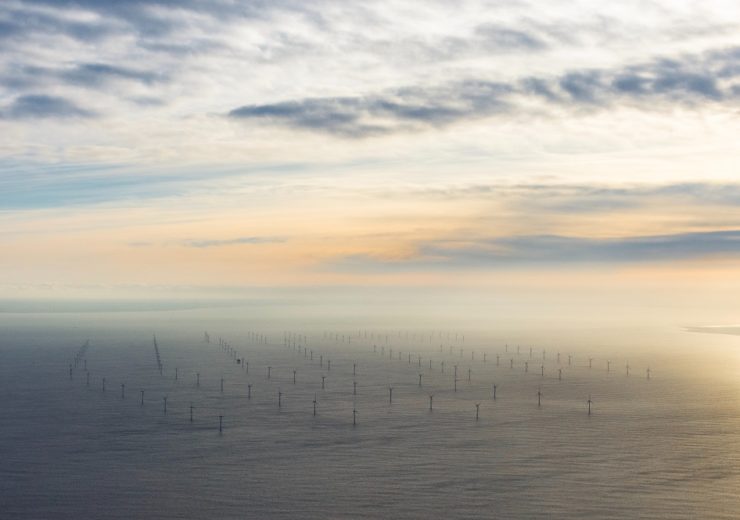 A pioneering inventor, former chief technology officer at Siemens Wind Power and current global offshore wind ambassador for GWEC, Henrik Stiesdal is one of the industry’s foremost leaders. World Wind Technology writer Grace Allen talks to him about his current projects, the need to expand the global reach of the wind industry, and why simplification and industrialisation is crucial for renewable energy technologies.

Henrik Stiesdal is retired. He’s also a global offshore wind ambassador for Global Wind Energy Council (GWEC), a member of the faculty at the University of Maine, honorary professor at the Technical University of Denmark and CEO of the climate technology company he launched in 2016, Stiesdal. “My dear wife says that I’m a sad failure as a retiree,” he says with a laugh. “So that’s how it is.”

Stiesdal’s name is bound up with the wind industry and Danish wind in particular. He both invented the three-blade turbine known worldwide as the ‘Danish concept’ and designed its manufacturing process.

As chief technology officer for Bonus and later Siemens, his innovations included a variable speed turbine. He is a founding father of offshore wind, having overseen the development of Vindeby, the world’s first offshore farm, in the Danish Baltic. Stiesdal has done world-changing work in realising and popularising renewable energy, but he’s not done yet.

When global attention to climate change is reaching fever pitch – Greta Thunberg calling on US senators to recognise ‘the biggest crisis humanity has ever faced’ – Stiesdal is unequivocal on the urgency of the threat. “It’s real, it’s serious; we need to do something.”

Stiesdal compares the role of wind power in the climate crisis to a vital stage in response to a medical emergency. “If you go to a first-aid training course, at least here in Denmark, you’re taught a four-step action process,” he says. “Stop the accident, apply lifesaving first aid, call the emergency number – 112 – and do more general first aid.

“The way I think of it is that the biggest accident we have attained is climate change. Wind power serves the first and most important of these steps – it applies an action that stops the accident, because we remove the fossil fuel emissions by making emission-free energy.”

The accident is still ongoing, harm still being inflicted, until all excess emissions have stopped. In terms of energy provision, Stiesdal sees two solutions that can operate on the scale required – wind and solar.

“Quite frankly, everything else will not matter,” he says.  “I’m regularly asked, what about tidal power, or wave power, or geothermal, or whatever – no. That is not going to solve this.”

It’s evident that the use of wind power needs to expand significantly to pick up the slack from fossil fuels, like Stiesdal believes. The vast potential of the global offshore wind resource is well-known but barely exploited.

In countries like Denmark and the UK, the success of offshore wind “speaks for itself”, as Stiesdal puts it, but it is in emerging markets that advocacy for the wind industry is most vital – something he is aware of as an offshore ambassador for GWEC.

“I know for myself and from people I’ve worked with, that if you are out of the food chain, offshore wind power can actually sound really farfetched and it can sound like something that is sort of futuristic or, at least, super expensive,” he says.

Furthermore, developing countries in particular face the challenges of meeting the energy needs precipitated by population growth and an emerging middle class. If the solution is coal, “We are all in big trouble,” Stiesdal says. “There are a significant number of countries in the world where we will, from a climate view, really suffer if they do not discover and utilise the resource of offshore wind power.”

There is a problem, though. The offshore wind solutions that have been so successful in regions like the North Sea are simply not appropriate for much of the globe. “What we do now is not normal,” Stiesdal states.

In north-western Europe, China and the eastern seaboard of the US, the installation of fixed-bottom turbines has been facilitated by a quirk of geography – the presence of shallow waters near large population centres.

Something different is required for the multitude of cities in regions where the ocean floor shelves suddenly drop to depths of more than 50m, the limit for fixed turbines.

Floating wind, therefore, is one of the technologies that Steisdal is engaged in developing through its Stiesdal Offshore Technologies arm, even if Steisdal himself was an originally-reluctant businessman. “I did all of this [floating wind development], initially, as an open source effort, because I didn’t want to have the trouble of running a company,” he explains.

“Unfortunately, it turns out that you cannot really have sufficient impact just as an open source design, and so I have decided to set up a company and simply do it as a commercial enterprise.”

Stiesdal Offshore Technologies’ floating wind concept, the TetraSpar base, is formed of tubular steel, and features a floating keel and anchor lines that connect it to the seabed. It has attracted investment from Shell and Innogy, and will be tested in depths of 200m off the coast of Norway in 2020 with a 3.6MW turbine.

But the TetraSpar will not help solve the energy crisis unless it offers a financially viable alternative to dirty but cheap coal. “A lot of people are really interested in my design from the point of view of it being smart technically, [with] steel suspended below the structure,” Stiesdal says.

This is not the point, though – more important is that the TetraSpar is built in a way that turned out to be “really, really cheap”.

Stiesdal is adamant that the key to expanding offshore wind and renewables in general is to reduce cost through industrialisation and volume of production. He offers the example of photovoltaic cells used in solar-powered watches – once costing around $100 each, the industrialisation of their production means the same technology is now less than $1 per watch.

With this in mind, the TetraSpar is built from components produced in wind turbine factories, which Stiesdal describes as the “champions of the world” in making cheap fixed steel structures. “If that is the overall experience, that volume and industrialisation brings down the cost, then I need to do something that is based on volume and industrialisation,” he says. “It’s not rocket science.”

Floating wind is not the only endeavour Stiesdal is occupied with. After a career focused on wind turbines, he’s turning his attention to technologies that can support wind power or address climate change from another angle.

“The Danish wind industry has made a lot of impact in the world,” he says. “But of course, we could not solve the whole problem. So when I retired, I thought well, to do something meaningful in my retirement, I should actually work with the things that the big wind companies don’t do. At least, not so efficiently.”

One of these is energy storage. Stiesdal Storage Technologies’ GridScale battery provides thermal storage of electrical energy, which promises to make wind and solar power more viable by offering a solution to the fluctuations in the energy supply they produce.

In addition, Stiesdal is tackling the second stage of his first-aid metaphor. While wind power and associated technologies can stem the bleeding, they do nothing to treat the wound – the excess carbon already in the atmosphere.

The SkyClean project is a carbon-negative aviation fuel concept where biomass is pyrolysed to produce oil and syngas, which can then be used to make jet fuel. The by-product of the process, biochar, retains carbon while also remaining stable for millennia, effectively removing carbon from the atmosphere.

“It is providing first aid to the atmosphere,” Stiesdal says. “The more jet fuel we make, the more carbon we take out of the atmosphere. So that is actually addressing the thing we never did in my wind days – we only stopped the accident, we didn’t do anything to clean it up. SkyClean is the clean-up technology.”

Stiesdal’s focus in his company is on solutions that can be commercialised – he emphasises that this is a time for action in our response to climate change. Commitments to reduce emissions often result in investment into research, but Stiesdal says this neglects the existing solutions that need putting into practice. “Stand-alone research does not solve the issue,” he points out.

“If I had a free choice, I would hope that companies would support the notion that what is needed is implementation rather than research,” he says. “We also always need research, it’s not black and white. But it is really important that we focus on interpretation.”

Time is of the essence. By any standard, the development of offshore wind from the first farm at Vindeby to global phenomenon has been astonishingly rapid. But Stiesdal says we have to move more quickly still.

“We won’t have time for the same learning curve we had in offshore wind,” he explains. “It took us in the range of 20 years to get to be something that matters. We cannot afford that with energy storage or electrofuels. We don’t have time for that. We need to do it much faster.”

So much for taking things easy in retirement. Stiesdal is only picking up the pace.