The Johan Sverdrup oil field will produce up to 660,000 barrels of crude per day at its peak, and will be powered by low-carbon power produced on land 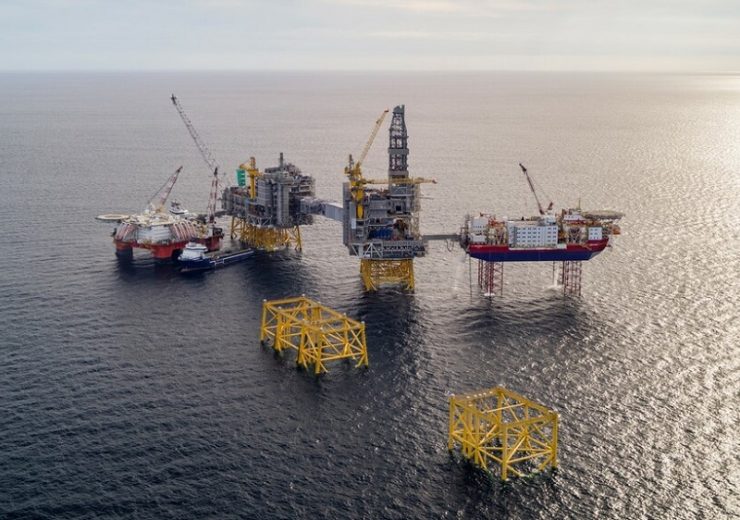 In early 2020, Norwegian Prime Minister Erna Solberg officially opened the Johan Sverdrup offshore oil field in Norway, in what was heralded as the inauguration of “a future-oriented oil field” that is “part of the solution for reduced emissions”.

It is Norway’s third-largest crude oil production site in the prolific North Sea region, and one of the biggest discoveries in recent years, holding estimated recoverable reserves of 2.7 billion barrels of oil equivalent (boe) – two-thirds of which is expected to be extracted before 2030.

At peak production, it is anticipated that Johan Sverdrup will account for almost a third of all oil extraction on the Norwegian continental shelf — and will have a lifespan reaching well beyond 2050.

Total revenue from production at the oilfield is expected to reach 1.4tn Norwegian krone ($158bn) — of which NOK 900bn ($101bn) will go directly to the Norwegian state.

Actual production at the oil field — which is operated by Norwegian state-backed energy firm Equinor alongside partners Lundin Norway, Petoro, Aker BP and Total — began in October 2019, with output levels already above 300,000 barrels per day (bpd).

With global efforts accelerating to curb carbon emissions in the world economy, oil and gas companies are facing increasing pressure to scale back their operations.

But amid this intensifying scrutiny, Equinor says the “technological triumph” of the Johan Sverdrup field is a prime example of why oil production shouldn’t be stopped altogether.

Here we take a closer look at the Johan Sverdrup oil project and assess why its operators are so enthused about its environmental credentials.

What is the Johan Sverdrup oil field?

Located 146 kilometres west of Stavanger in Norway, the Johan Sverdrup oil discovery lies in the heart of the North Sea oil-producing region, based along the Norwegian continental shelf.

Signs of a promising find were noticed in 2010 by Lundin, quickly followed by a second discovery by Equinor the year after — with the project now combining the two prospects, named Avaldsnes and Aldous Major South respectively, as a single oil field.

The name Johan Sverdrup was given in reference to the 19th century politician who was the first prime minister of Norway following the introduction of its parliamentary system.

The project area spans roughly 200 square kilometres and will be developed in two phases, involving a total of five fixed platform installations.

The second phase – scheduled for start-up in late 2022 – will extend the existing infrastructure and develop a new processing platform at a cost of 41 billion krone ($4.6bn), boosting overall output to an estimated 660,000 bpd.

How does the Johan Sverdrup oil field address environmental concerns?

One of the big selling points of the Johan Sverdrup oil field touted by Equinor and its partners is the fact it takes its power supply from onshore sources — rather than the offshore gas-burning generators typically used by oil and gas companies pulling resources from beneath the sea floor.

This means the entire extractive process can be driven by low-carbon energy produced on land — and Equinor claims hydroelectric power will account for most of the supply to the oil field.

The company says each barrel of oil delivered from the Johan Sverdrup project will produce less than 4% of the carbon emissions compared to an average barrel elsewhere in the world – 0.67kg of CO2 and 18kg CO2 per barrel, respectively.

Projected over the course of a year, this would avoid more than 620,000 tonnes of carbon dioxide being pumped into the atmosphere annually — the equivalent of around 310,000 petroleum-fuelled vehicles.

Such a reduction would be particularly welcome in Norway, where the oil and gas industry currently accounts for around a quarter of all domestic greenhouse gas emissions.

Also in January 2020, Equinor announced its commitment to reduce carbon emissions from its operations in Norway to near-zero by 2050 — as part of a phased strategy that involves cutting current emission levels by 40% by 2030 and 70% by 2040 to help the country achieve Paris Agreement targets.

Project leaders have also advertised the digital sophistication of Johan Sverdrup, with hi-tech processes like digital twinning and reservoir optimisation made possible by big data analysis.