Phase 1 of the Johan Sverdrup project, which has been brought on stream, has a production capacity of 440,000 barrels of oil per day 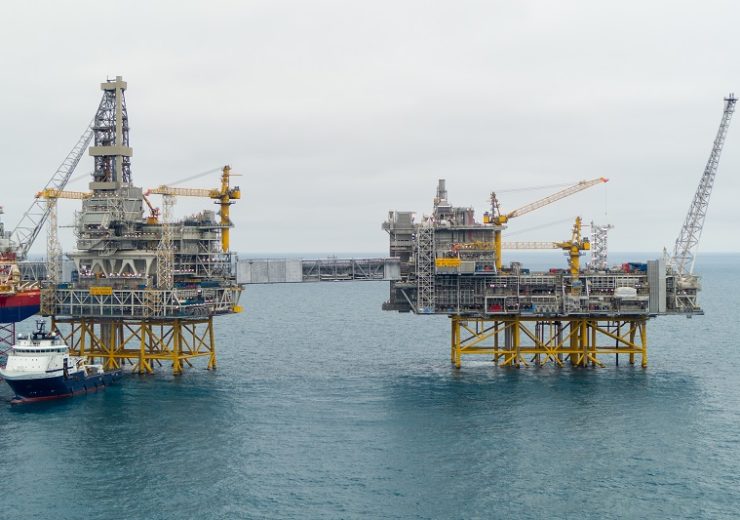 Equinor and its partners have started production from phase 1 of the NOK124bn ($13.63bn) Johan Sverdrup project in the Norwegian part of the North Sea.

The Norwegian oil and gas firm said that production from the Johan Sverdrup project phase 1 commenced more than two months ahead of the original schedule, and with NOK40bn ($4.38bn) less than the estimated budget in the Plan for Development and Operation (PDO).

Since the approval of the PDO by the Norwegian authorities in August 2015, the investment cost for the first phase of the offshore oil project has come down to NOK83bn ($9.13bn).

The production capacity of phase 1 of the offshore Norwegian oil project is 440,000 barrels of oil per day.

Equinor president and CEO Eldar Sætre said: “Johan Sverdrup coming on stream is a momentous occasion for Equinor, our partners and suppliers. At peak, this field will account for around one third of all oil production in Norway and deliver very valuable barrels with record low emissions.

The offshore Norwegian field is estimated to hold recoverable reserves of 2.7 billion barrels of oil equivalent. Once fully developed, the Johan Sverdrup field can give an output of up to 660,000 barrels of oil per day.

The second phase of the offshore Norwegian oil field is slated to begin production in the fourth quarter of 2022. It is expected to increase the production capacity of Johan Sverdrup by another 220,000 barrels of oil per day.

In the first phase of the Johan Sverdrup project, Equinor and its partners carried out development of a processing platform, drilling platform and riser platform, accommodation and utility platform, three subsea installations, and a power from shore project. The first phase also saw the installation of an export pipeline to transport oil from the field to Mongstad and gas to Kårstø.