The Johan Sverdrup field is expected to generate a total production revenue of over $158.3bn, and over $101.76bn in revenue to Norway 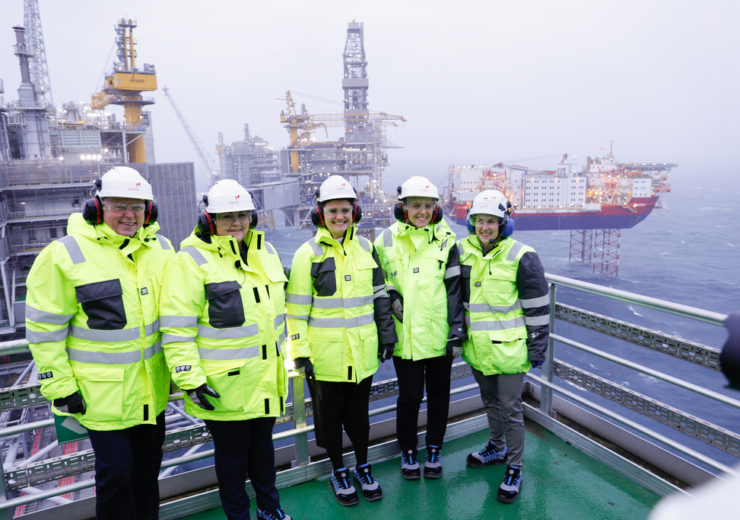 The Johan Sverdrup field operated by Equinor in the Norwegian part of the North Sea has been officially opened by Norway’s Prime Minister (PM) Erna Solberg.

Equinor and its partners Lundin Norway, Petoro, Aker BP, and Total commenced production from phase 1 of the offshore Norwegian field in October 2019. According to Equinor, production at the Johan Sverdrup project has since then ramped up to more than 300,000 barrels per day.

The partners plan to begin production from the phase 2 development of the Johan Sverdrup field in the fourth quarter of 2022.

The Norwegian oil and gas company expects the offshore field to generate a total production revenue of over NOK1,400bn ($158.3bn) and over NOK900bn ($101.76bn) in revenue to Norway.

Johan Sverdrup is estimated to have recoverable reserves of 2.7 billion barrels of oil equivalent in place. Equinor and partners expect to produce two thirds of the oil from the offshore Norwegian field by 2030.

“Electrification is an important tool for reaching Norwegian and international climate goals, aiming to reduce our greenhouse gas emissions in Norway by 40% by 2030, and close to zero emissions in 2050.”

Equinor development and production Norway executive vice president Arne Sigve Nylund said: “We are working systematically on creating higher value from the field and achieving an optimal recovery rate. The field ambition is to reach a recovery rate above 70%.”