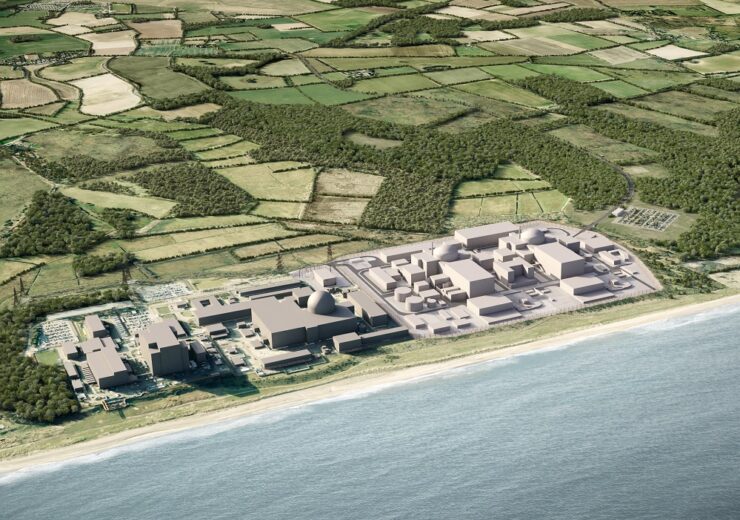 The UK government has published its energy white paper – the strategy detailing how the country will achieve net zero by 2050 – and confirmed an interest in investing in the Sizewell C nuclear power station.

Industry has been eagerly awaiting the document, which has been delayed several times, as the policy signal around which it will accelerate preparations for the transition to a low-carbon energy system over the coming years.

The UK Department for Business, Energy and Industrial Strategy (BEIS) says the strategy will support up to 220,000 jobs over the next decade, and will keep a focus on affordability for customers by “unleashing a wave of competition” in energy retail markets.

It also confirmed the start of talks with EDF, the French utility giant, over the construction of Sizewell C – a £20bn nuclear reactor proposed for development in Suffolk, England, that could generate up to 3.4 gigawatts (GW) of electricity.

The strategy set out by the energy white paper will cut UK emissions by 230 million tonnes over the coming decade, the government says – equivalent to permanently removing 7.5 million petrol-fuelled vehicles from the country’s roads.

“Today’s plan establishes a decisive and permanent shift away from our dependence on fossil fuels, towards cleaner energy sources that will put our country at the forefront of the global green industrial revolution,” said business and energy secretary Alok Sharma.

“We are determined to both decarbonise our economy in the most cost-effective way, while creating new sunrise industries and revitalising our industrial heartlands.”

The UK government has made a series of announcements about its decarbonisation agenda in recent weeks and months. These include a ten-point plan for investing in a “green industrial revolution” and an updated target under the Paris Agreement to cut greenhouse gas emissions by 68% by 2030.

Today’s energy white paper reiterates plans for long-term infrastructure projects that will green the UK economy, including carbon capture and storage (CCS), hydrogen and a programme to retrofit homes for improved energy efficiency and decarbonised heating.

Around £1bn will be invested in CCS projects across four industrial clusters by 2030, one of which is intended to be zero carbon by 2040.

It also targets an “overwhelmingly decarbonised” electricity grid by 2030, and the establishment of a UK Emissions Trading Scheme (ETS) to replace the European programme as the UK formalises its Brexit withdrawal at the start of 2021.

The government says its own ETS will be “more ambitious” than the EU scheme, reducing the cap on emissions by 5% “from day one”.

A further £1.3bn will be spent on rolling out charging infrastructure for electric vehicles, with the government having recently confirmed a ban on the sale of new combustion engine vehicles by 2030.

Emma Pinchbeck, chief executive of trade association Energy UK, said: “[The white paper] reveals the scale and opportunity of the energy transition, with aims in it to at least double the amount of clean electricity produced today, start making our homes warmer and greener, and help the switch to electric vehicles.

“The energy industry will do our bit to innovate, supporting our customers so that they benefit from the net-zero transition and investing in the green infrastructure we need – but clear policies from government help us do that.

“This is what the white paper – and other publications over the next year – should provide.”

“The next generation of onshore and offshore wind farms will bring tens of billions of pounds of investment to support a green recovery and create thousands of jobs across the country as we transition away from fossil fuels,” he said.

“To meet the goals set out in the white paper, it’s clear that we have to double-down on renewables as the main source of energy for our homes, transport and industry.”

Ministers said while no final decision has yet been taken about whether to proceed with the Sizewell C nuclear plant, it is considering an investment of public funds “subject to reaching a value for money deal”.

A project to develop the Wylfa Newydd nuclear station in Wales was recently abandoned by Japanese conglomerate Hitachi amid financing concerns, prompting the government to consider taking a more hands-on approach to the expansion of the country’s nuclear fleet.

Tom Greatrex, chief executive of the UK’s Nuclear Industry Association (NIA) welcomed the start of a dialogue with EDF over Sizewell C, saying development of the reactor would be a “vital step” towards net zero.

“As well as at least 60 years of constantly-available clean electricity, this project will provide thousands of highly-skilled, well-paid and long-term jobs across the supply chain, at a time when they are badly needed,” he added.

But environmental groups are less enthusiastic. Greenpeace UK’s executive director John Sauven said building more nuclear capacity is “not the way” to achieve decarbonisation, citing the high development costs that could be footed by UK taxpayers.

“The latest analysis shows Sizewell C is unnecessary and remains expensive,” he said. “If discussions […] ever progressed, the UK public will need to stump up billions of pounds in advance. This money would be far better spent on a flexible grid that can handle the shedloads of cheap renewables increasingly powering the UK.”

Humphrey Cadoux-Hudson, managing director of nuclear development at EDF, said, because the design of Sizewell C is a copy of Hinkley Point C – currently under construction in Somerset, England – it will benefit from associated cost savings and efficiencies.

“We are eager to start discussions with the government on a suitable financing model for the project, and we look forward to the next phase of scrutiny of our plans by the Planning Inspectorate,” he added.