What are the key points of the UK energy white paper?

The government said the plan will support up to 220,000 British jobs and “put affordability at the heart of the UK’s decisive shift away from fossil fuels” 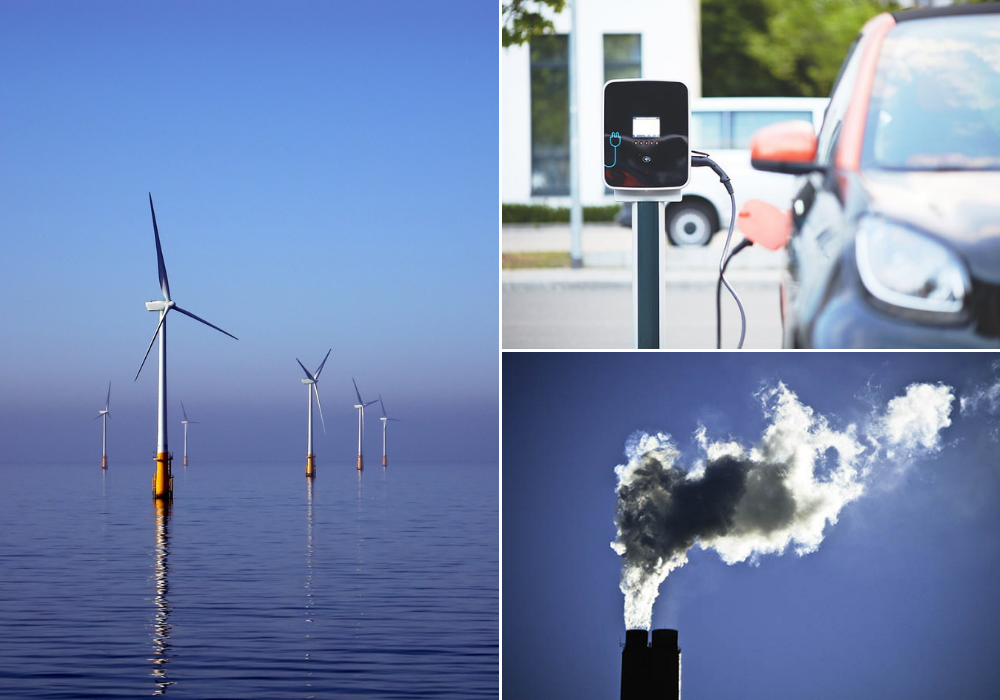 The white paper sets out specific steps the government will take over the next decade to cut emissions from industry, transport, and buildings by 230 million metric tonnes (Credit: Wikimedia Commons/Andy Dingley/Flickr/Nick Humphries/pxfuel.com)

The UK government has unveiled its long-awaited energy white paper as part of its strategy to help “clean up” the country’s energy system.

Building on Prime Minister Boris Johnson’s 10-point plan for a “green industrial revolution”, the white paper sets out specific steps the government will take over the next decade to cut emissions from industry, transport, and buildings by 230 million metric tonnes – equivalent to taking 7.5 million petrol cars off the road permanently.

As the nation aims to reach net-zero emissions by 2050, the government said the plan will also support up to 220,000 British jobs and “put affordability at the heart of the UK’s decisive shift away from fossil fuels”.

It will do this by boosting competition in the energy retail market to tackle the “loyalty penalty” – longstanding customers who pay more than new ones – and by providing “at least” £6.7bn ($9bn) in support to the fuel poor and most vulnerable over the next six years.

Here, NS Energy takes a look at the key points that make up the UK energy white paper.

The government said it will support up to 220,000 jobs in the next 10 years as part of its ambitious plans.

This will include long-term jobs in major infrastructure projects for power generation, as well as in rapidly emerging technologies such as hydrogen and carbon capture and storage (CCS).

With Britain’s homes being amongst the leakiest in Europe, several green jobs will be supported as part of a “major programme” that will see the retrofitting of homes for improved energy efficiency and clean heat.

But, as part of the shift away from the likes of coal, the nation is looking to transform its electricity grid so that it is “fit for a net-zero economy”.

The government said this will involve changing the way the country heats its homes, how people travel, doubling the electricity use, and harnessing renewable energy supplies.

A key part of the white paperaims to keep bills affordable for consumers by making the energy retail market “truly competitive”.

This will include offering people a simple method of switching to a cheaper energy tariff and testing automatically switching consumers to fairer deals to tackle “loyalty penalties”.

The government hopes to have “overwhelmingly decarbonised power” in the 2030s in order to generate emission-free electricity by 2050.

It said low-carbon electricity will be a key enabler of the transition to a net-zero economy with demand expected to double due to transport and low-carbon heat.

The white paperlays out plans to establishing a UK Emissions Trading Scheme (UK ETS) from 1 January 2021 to replace the current EU ETS at the end of the Brexit Transition Period.

It said this will increase the nation’s ambitions on reducing emissions and provides the continuation of emissions trading for UK businesses and certainty on how they operate.

While nuclear is often painted as one of the most dangerous sources of energy due to some high-profile incidents, the technology could play a crucial role in balancing Britain’s electricity grid as intermittent renewables continue to command a larger share.

The government said it is continuing to explore a range of financing options for new nuclear with developers including the Regulated Asset Base (RAB) funding model, which could help “secure private investment and cost consumers less in the long run”.

Given the scale of the financing challenge, it will also consider the potential role of government finance during construction, provided there is “clear value for money for consumers and taxpayers”.

Offshore wind is a key component of the UK’s strategy to reach net-zero emissions by 2050.

The nation, which currently has about 35% of the global wind capacity installed, is already home to seven of the world’s 10 biggest sites, with its Dogger Bank project in the North Sea set to become the largest of its type.

The white paper lays out plans to deliver Britain’s electricity commitments through its “world-beating commitment” to scale up its offshore wind fleet to 40 gigawatts (GW) by 2030, including 1GW of floating wind, enough to power every home in the country – while attracting new offshore wind manufacturers to the UK.

CCS – which involves removing CO2 from the atmosphere, transporting it to a storage site and depositing it often underground – is a technology that’s attracted growing interest recently.

The white paper notes that there will be £1bn ($1.3bn) worth of investments in state-of-the-art CCS in four industrial clusters by 2030 – sucking carbon out of industrial processes to stop emissions escaping to the air.

There will be four low-carbon clusters set up by 2030, and at least one fully net-zero cluster by 2040, stimulating the market to attract new investors and manufacturers to “reinvigorate” the country’s industrial heartlands.

The government plans to kick-start the hydrogen economy by working with industry to aim for 5GW of production by 2030, backed up by a new £240m ($321m) net-zero Hydrogen Fund for low-carbon hydrogen production.

To reach its climate ambitions, the UK will have to completely overhaul its transport industry, with the introduction of more electric vehicles – which are viewed as a key tool in tackling climate change – at the forefront of those plans.

It will invest £1.3bn ($1.7bn) to accelerate the rollout of charge points for electric vehicles in homes, streets and on motorways as well as up to £1bn ($1.3bn) to support the electrification of cars, including for the mass-production of the batteries needed for electric vehicles.

The government said the rollout has “levelling up at its heart” and will support economic growth across Britain – including in its strong manufacturing bases in the Midlands and the North East – while supporting the 169,000 jobs in the nation’s automotive sector.

11. Supporting the lowest paid with their bills

The UK energy white paper details how the lower paid people in society will be supported with their bills through a £6.7bn ($9bn) package of measures that could save families in old inefficient homes up to £400 ($536).

This includes extending the Warm Home Discount Scheme to 2026 to cover an extra three quarters of a million households and giving eligible households £150 ($200) off their electricity bills each winter.

The £2bn ($2.7bn) Green Homes Grant announced by Chancellor Rishi Sunak was previously extended for a further year in the 10-point plan.

12. Move away from fossil fuel boilers

The government plans to move away from fossil fuel boilers, in order to help make people’s homes warmer, while keeping bills low.

By the mid-2030s, it expects all newly installed heating systems to be low-carbon or to be appliances that it is confident can be converted to a clean fuel supply.

The North Sea basin, which is synonymous with Europe’s reliance on fossil fuels, has been dubbed as an integral part of the UK meeting its net-zero emissions target.

The white paper notes the importance of supporting the North Sea oil and gas transition for the people and communities most affected by the move away from fossil fuels.

The government will achieve this by ensuring that the expertise of the oil and gas sector be drawn on in developing CCS and hydrogen production to provide new green jobs for the future.