Projected for a completion date in the early 2030s, the third nuclear plant at Sizewell could produce 7% of the UK's electricity supply 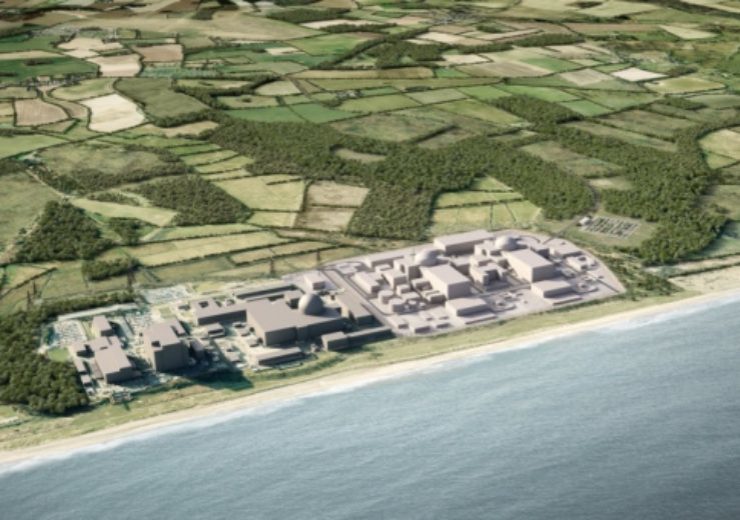 Sizewell Point C looks set to be the latest nuclear power station to be built in the UK  – but getting work underway hasn’t been without its difficulties.

Proposed by EDF Energy – the French state-controlled electricity company that is also building the identically-designed Hinkley Point C – Sizewell C would be the third nuclear plant on the Suffolk coast.

While the £16bn ($21bn) scheme has been plagued with funding challenges that have delayed construction from beginning, a planning application has now been submitted.

If Sizewell C does go ahead, the 32-hectare site  will operate alongside Sizewell B – its predecessor nuclear power station located south of the new site – and the Sizewell A plant that is being decommissioned, with an estimated completion date of 2031.

EDF Energy claims it will provide about 7% of the UK’s electricity supply – enough to power six million homes – and contribute to the country’s 2050 net zero ambition by saving nine million tonnes of carbon emissions each year.

It also expects to offer a boost to the local economy through contracts and employment, but issues over the funding and construction costs have put the development in doubt at times.

Should the project fall through, it would be a significant blow to Britain’s energy industry, which needs to replace its ageing nuclear stock as a low-carbon source in a secure and affordable future electricity supply for the country.

Other proposed nuclear developments like Moorside, in Cumbria, and Wylfa Newydd, in Wales, have been halted due to funding problems, leaving Sizewell as the only project after Hinkley close to being built.

NS Energy takes a look at the capacity of the Sizewell C nuclear power station, its expected economic benefits and the challenges it has faced.

What is Sizewell C? The reactors and capacity of nuclear power station

The Sizewell C nuclear power station will be almost identical to the Hinkley Point C power station, which is forecast to come online in 2025. It is being built in Somerset by EDF Energy and its Chinese partner China General Nuclear Power Group (CGN).

Sizewell C will be made up of two European pressurised reactor (EPR) units – technology that EDF and CGN have also deployed at Hinkley Point C and the Taishan nuclear power station in China.

It could produce 3.2 gigawatts (GW) of electricity at full capacity, according to EDF Energy’s proposal.

The combined energy generated by the existing Sizewell B power station and Sizewell C is estimated to meet 10% of the UK’s energy requirements, with the bulk of that power set to come from the new plant.

The EDF proposal also claims the cost of connecting the power station to the national grid will be low as connections have already been put in place by planners.

EDF has predicted the cost of Sizewell C will be 20% lower than Hinkley Point C – which is set to cost about £20bn ($26bn) – because of the similarities between the stations and established infrastructure.

But in an interview with The Times in April 2018, the company’s UK chief executive Simone Rossi questioned whether the project would remain “feasible” without faster progress being made at the Hinkley Point C site – which has suffered from rising costs and delays – and a government guarantee.

The firm is still talking with the government about workable funding models that can convince it to stay at the table.

Speaking about the possibility of no functional funding model appearing, Mr Rossi said: “This is the year where we need to understand whether this whole thing is really feasible or not.

“If we were to conclude that maybe it’s not feasible, then at that point maybe we say we are not in a position to continue the project.”

In January 2020, it was reported that EDF was running out of time to secure a funding deal before the project became prohibitively expensive.

That’s because any funding delay cause a hiatus on the project, it would prevent the company from being able to transfer workers and equipment from the Hinkley development – thereby eroding the planned cost savings.

It’s been reported that using pension funds to part-fund construction of Sizewell C is one option being mulled over.

The government funding package has also yet to be finalised, with the findings of a consultation into alternative mechanisms still to be published.

One option being explored is the regulated asset base model, which is used to incentivise private investment into public projects by providing a secure payback and return on investment for developers.

EDF is seeking a different funding model for Sizewell C than the one in place for Hinkley Point C – which will cost consumers enormous sums as a contract between the UK government and the EDF-CGN partnership guarantees the energy firms a £92.50 ($120.40) megawatt-hour price for electricity generated at Hinkley Point C.

During times when the Sizewell C nuclear power station project faced an uncertain future, energy union GMB has repeatedly urged stakeholders to go ahead with the power station.

It intervened after the National Infrastructure Commission (NIC) pushed for a rollback of the government’s plans to build a host of nuclear power stations – reportedly recommending only one of six proposed sites should be built in July 2018.

NIC chairman John Armitt claimed to be “agnostic” about whether Sizewell C was the chosen development.

In September 2018, GMB national energy secretary Justin Bowden said: “Starting with Sizewell C, Britain still needs at least five new low-carbon nuclear power stations if we are to meet our energy needs and reduce our dependency on foreign imports of power whilst ensuring we have the reliable electricity that comes from very low-carbon nuclear, and lower carbon gas, to complement our renewable energy sources.

“Hinkley Point C will provide secure, very low-carbon electricity for all the times in a year when the wind doesn’t blow and the sun doesn’t shine.”

The need for Sizewell C appears even more pressing after the demise of the Moorside and Wylfa Newydd projects.

There are 15 reactors in Britain, generating 21% of the country’s electricity – but almost half this capacity will be retired by 2025, with all but one offline by the mid-2030s.

But the project has also faced opposition from the Stop Sizewell C group and National Trust, which claim it will have a “devastating impact” on the area.

Campaigners have also said it will “suck vital funds” away from other technologies that could produce greener energy.

On 27 May 2020, EDF submitted an application for a development consent order for Sizewell C to the UK’s Planning Inspectorate.

The company had been due to request permission in March but deferred it by two months due to disruption caused by the Covid-19 pandemic.

It said the project – to be majority-owned by UK investors – would create 25,000 jobs and 1,000 apprenticeships over a 10-year construction timeline, with 70% of the construction value going to British companies.

EDF added that it had received views from 10,000 Suffolk residents and organisations during four stages of consultation since 2012.

“It will offer thousands of high-quality job opportunities and long-term employment for people living in Suffolk and it will strengthen the nuclear supply chain across the country.

“On top of the economic benefits, Sizewell C will avoid nine million tonnes of CO2 being pumped into the atmosphere each year.

“The project will play a key role in lowering emissions while helping the UK keep control of its low carbon future.”

It claims to have worked to address concerns about the site’s suitability, including around flood risk due to its low-lying coastal location between Ipswich and Lowestoft.

Previous reports have said that should the application – likely to take about 18 months – be approved, construction could begin by 2022.

EDF aims to build on the economic value of Sizewell B, which is said to be worth £40m ($52m) per year to the local area.

The energy firm also expects the power station to be a boost for East Anglian businesses – having received registers of interest from 1,300 businesses keen to work on the project as of late 2018.

Speaking after the planning application was lodged, John Dugmore, chief executive of the Suffolk Chamber of Commerce, said: “Sizewell C’s DCO application is momentous for businesses and residents in Suffolk.

“It will boost training and employment opportunities across the county and attract investment to regenerate rural areas and towns.”

He has previously claimed that contract work in the identical Hinkley Point C was worth more than £435m to the local economy.

Discussing the potential economic benefits of the power station in its proposal, East of England Energy Group chief executive Simon Gray said: “We know that 3,000 UK companies were involved in the construction of Sizewell B, with nearly 700 of them based in this region.”

In November 2018, a seminar about supply opportunities at Hinkley Point C in Braintree, Essex, encouraged businesses in Essex and Suffolk to obtain experience from working on this project to stand them in good stead for future schemes like Sizewell C.

EDF would treat the two counties as a single local market for both projects as their construction periods ill overlap.

“It’s a challenge for both Essex and Suffolk to maximise the supply opportunities.”