Once the UK finalises its exit from the European Union, it will introduce its own emissions trading scheme to replace the EU mechanism 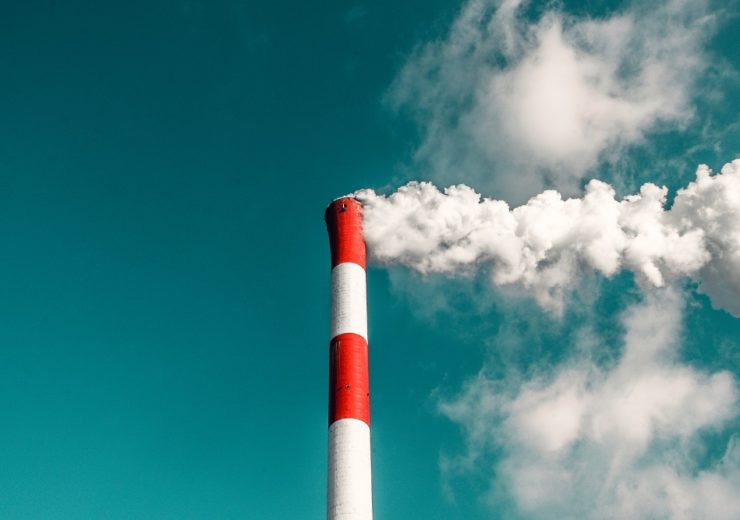 Despite global progress in carbon taxation, the World Bank has warned that prices remain too low to meet Paris Agreement targets

Plans for a UK emissions trading system (ETS) have been put forward by policymakers to replace the EU system it currently follows.

The UK government’s proposal, developed jointly with Scotland, Wales and Northern Ireland, would lower the existing emissions cap by 5% and cover around one-third of the nation’s greenhouse gas output.

The scheme will be launched once the Brexit process has been finalised, and discussions about the possibility of linking the UK and EU carbon pricing mechanisms are currently underway – but this would only happen “if it suits both sides’ interests” according to the Department for Business, Energy & Industrial Strategy (BEIS).

UK energy minister Kwasi Kwarteng said: “This new scheme will provide a smooth transition for businesses while reducing our contribution to climate change, crucial as we work towards net-zero emissions by 2050.”

Emissions trading systems work by setting a cap on the total amount of greenhouse gases that can be emitted from certain sectors – such as energy-intensive industries like steelmaking, power generation and aviation.

The cap is reduced over time so that total emissions fall, and the UK government says once the new system is established the cap will be amended in line with its net-zero target.

“After each year, every covered company must surrender enough carbon allowances – each representing tonnes of carbon dioxide – to cover all its emissions, or additional fines of up to £100 ($125)per allowance are imposed,” the department said in a statement.

“Carbon allowances can be bought at auction and traded, and these markets determine their cost (the ‘carbon price’).”

Industry association Energy UK said it “strongly supports” the proposals, but called for greater clarity on the expected levels of carbon taxation.

The body’s interim chief executive Audrey Gallacher said: “In the event that a linking agreement [between the UK and EU] cannot be secured in time for 1 January 2021, we welcome government’s decision to introduce stability measures such as an Auction Reserve Price (ARP) to protect a newly-established stand-alone UK ETS from market shocks and volatility due to its smaller size.

“It is positive to have clarity on the level of the ARP (£15), however, we urgently need clarity from the Treasury of the level of the Carbon Emission Tax (CET) or at least the methodology in July.

“This will ensure that power operators have full visibility of the total carbon price, whether via a standalone UK ETS or CET fallback, in January 2021.”

A recent World Bank report on global trends for carbon pricing found that ETS and taxation mechanisms have been rising in recent years, although “the pandemic is testing the resilience” of these initiatives.

It states there are now 61 carbon-pricing initiatives in place or scheduled for implementation, consisting of 31 ETSs and 30 carbon taxes.

These systems cover about 12 gigatonnes of carbon dioxide equivalent (GtCO2e), or about 22% of global greenhouse gas emissions – a 2% rise compared to 2019.

However, the report warns that “despite carbon prices increasing in many jurisdictions, they remain substantially lower than those needed to be consistent with the Paris Agreement”.

It states: “The appropriate carbon price will be determined by local conditions, the role the carbon-pricing instrument should play, as well as the impact of other climate policies and technological progress. Equally, jurisdictions may choose to implement a tax or an ETS with an initially low price that rises over time as companies become familiar with the new pricing policy.

“Nevertheless, prices remain too low — similar to those reported in the previous two years.”