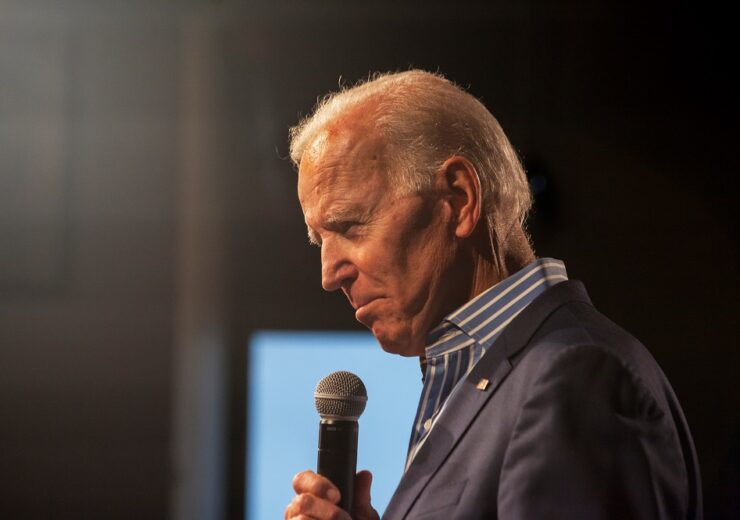 The president-elect campaigned on an agenda of sweeping reforms to US energy policy focused on emissions reduction (Credit: Michael F Hiatt/Shutterstock)

Hours after being sworn in as the 46th President of the United States later today, Joe Biden will make a series of Day One executive orders addressing climate change and the clean energy transition.

The president-elect was voted into office having campaigned on an agenda promising sweeping reforms designed to “revitalise the US energy sector” – and his transition team today previewed a list of immediate actions aimed at tackling climate issues and “reversing the previous administration’s harmful policies”.

Outgoing President Donald Trump faced criticism during his four-year stint in office for failing to address the growing urgency of environmental concerns, scaling back regulations intended to reduce emissions from US industry and transport, and opening protected federal lands to new resource extraction.

Reversing Trump’s decision to pull the US out of the Paris Agreement, which took effect late last year, will be among the first priorities of the Biden administration – a development his team says will put the US “back in position to exercise global leadership in advancing the objectives of the Agreement”.

Ursula von der Leyen, President of the European Commission, welcomed the move, writing on Twitter that the return of the US to the climate accord will be “the starting point for our renewed cooperation”, adding “way more is to come”.

I am delighted that on day one of this new administration, the US will rejoin the #ParisAgreement.

This is the starting point for our renewed cooperation.

And way more is to come.

A relaxation of regulations for vehicle emissions and industrial methane were hallmarks of the Trump presidency, widely criticised by environmentalists and even some within the industry.

Last week, French oil major Total pulled its membership of the American Petroleum Institute, an influential lobbyist group, citing among other reasons the API’s support for this deregulatory agenda. Other oil majors, including BP, Shell and Exxon, also opposed the rollback of methane emission rules at the time.

Biden also plans to issue a temporary moratorium on all oil and gas leasing in the Arctic National Wildlife Refuge (ANWR) in north-east Alaska.

Drilling in the ANWR has been targeted by industry for decades, but up until a 2017 tax law it remained protected by environmental regulations, due to its importance as a natural habitat for wildlife including polar bears, caribou and migrating birds.

President Trump successfully fast-tracked an auction process during his final months in office in an effort to complete the first of two legislated lease sales ahead of inauguration day.

However, only $14.4m was raised after interest turned out to be minimal at a time when oil companies are facing huge financial pressures as a result of lost demand and low commodity prices during the pandemic.

Only three separate bidders took part in the auction, with 11 of the 13 bids made by the Alaska Industrial Development and Export Authority (AIDEA), a state government organisation which made the purchases with a view to potential industry partnerships at some point in the future.

Yesterday, the US Bureau of Land Management issued 10-year leases for nine of the 11 successful bids, after AIDEA withdrew its interest in two of the tracts.

While completion of the sales makes it difficult for a new administration to reverse the process, Biden is nevertheless expected to introduce strict permitting regulations that will make further development of the plots more difficult for the companies involved.

In a further rebuke to his predecessor, Biden will revoke the presidential permit granted to the Keystone XL oil pipeline, cancelling development of the near-2,000km-long transport infrastructure linking Canadian oilfields to refineries in the US.

In 2017, President Trump began a process of overturning an Obama-era block on development of the pipeline, heralding “a new era of American energy policy” and an “historic moment for North American and energy independence”.

The $8bn pipeline project was tipped to move 830,000 barrels of crude oil per day from production sites in Alberta, Canada to Nebraska, US, where it would connect to an existing pipeline network supplying US refineries around the Gulf Coast.

But it has been opposed by environmental groups who want to see a shift away from petroleum fuels, as well as by land owners concerned about environmental damage caused by the pipeline’s construction.

Responding to the news that Biden plans to revoke the project permit, TC Energy, which owns the venture with backing from the Government of Alberta, said it was “disappointed” with the decision, adding it will now suspend the project and “consider its options”.

Senior Canadian officials, including Alberta Premier Jason Kenney and Prime Minister Justin Trudeau, have expressed concern about the project’s expected cancellation. In a statement, Trudeau’s office confirmed he had spoken to president-elect Biden on the issue, and “made the case for the project” to the incoming administration.