Bids were unsealed for drilling plots in the Alaska Arctic National Wildlife Refuge, but there was scant interest from the major oil and gas producers 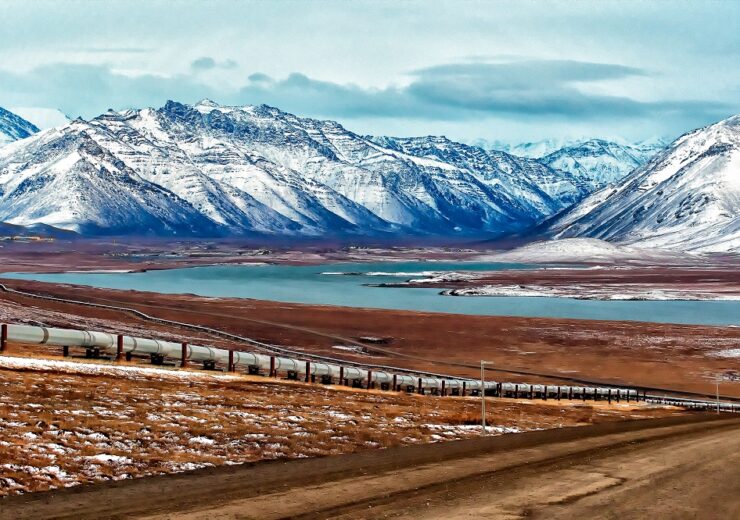 The bidding process has been expedited by the Trump administration during his final months in office (Credit: Troutnut/Shutterstock)

Only three bidders took part in a lease sale for oil and gas development in the Alaska Arctic National Wildlife Refuge (ANWR), marking an anti-climactic culmination of a decades-long effort to open the protected region up to fossil-fuel development.

After a 2017 tax law provided for the auction to go ahead, the lease sale has been fast-tracked by the Trump administration in recent months to ensure it took place before the inauguration of president-elect Joe Biden, who opposes drilling in the region.

Bids were submitted privately throughout December, and were unsealed by the US Bureau of Land Management (BLM) yesterday (6 January).

The Alaska Industrial Development and Export Authority (AIDEA), a state government organisation responsible for economic development, accounted for 11 of these offers – with only two bids from oil producers, Knik Arm Services and Regenerate Alaska respectively.

AIDEA’s involvement is an unusual step, since it is not directly involved in oil and gas production.

In late December, the agency approved $20m for spending on the tracts. Chairman Dana Pruhs said at the time: “Our goal is to partner with private industry to ensure that these types of development projects that deliver tangible, economic benefits for all Alaskans move forward.”

The lack of interest from major oil companies had been anticipated, given the economic constraints faced by the industry as a result of the pandemic-triggered market collapse, and the high costs of development associated with the remote, and logistically-challenging region.

Concerns over climate change have also prompted many major financial institutions to distance themselves from backing oil and gas development in the region.

Particularly notable among the absentees was ConocoPhillips, said Gregory Bosunga, an Alaska-focused oil and gas analyst at research firm GlobalData.

The US-based producer is the main operator in the nearby National Petroleum Reserve of Alaska (NPR-A) – where additional acreage was opened up to drillers earlier this week – and might have been expected to show interest given its expertise in the region.

Chad Padgett, Alaska state director at the BLM said the auction results “reflect industry’s and the state’s commitment to responsible oil and gas development on the North Slope of Alaska”, which he believes will “remain an important asset in meeting the energy needs of our nation”.

Estimates suggest the region sits on top of around 11.8 billion barrels of recoverable reserves, although seismic assessments have not been carried out since the 1980s.

Drilling in the ANWR has been targeted by industry for decades, but up until 2017 it remained protected by environmental regulations, due to its importance as a natural habitat for wildlife including polar bears, caribou and migrating birds.

The bidding process has been opposed by a coalition of conservationist and local native groups, who have mounted legal challenges against the sale.

In a statement reacting to the auction results, the group said: “The Trump administration railroaded this lease sale through amid a global pandemic and economic recession, and absent any real evidence that pursuing Arctic Refuge oil would provide any significant federal returns.

“Not surprisingly, [the] sale generated significantly less federal revenue than the $1bn promised by drilling proponents, resulting in a fire sale of some of the most valuable and ecologically-significant wilderness remaining in North America.”

Despite the apparent lack of interest from Big Oil, Bosunga suggests the auction can be considered a success if compared to the previous Alaska lease sale, which auctioned plots in the NPR-A in December 2019.

He notes that the acreage sold in the ANWR auction – more than 550,000 acres – covered around 50% of what was on offer, compared to 30% in the NPR-A sale, which raised around $11m. “It stands as a high interest despite the many uncertainties related to the development of the ANWR,” he said.

While president-elect Joe Biden will find it difficult to rescind the results of the auction once he takes office later this month, he is expected to take steps to impede the development process, whether through additional regulation or blocking the permits that will be needed to begin drilling activity.

A statement from the Sierra Club, an environmental organisation, warned that groups that have made bids for the ANWR tracts will face “an uphill battle to take advantage of leases in the coastal plain”.

“More than two dozen banks worldwide, including every major American bank, have ruled out funding for new drilling in the Arctic, this leasing programme is currently being challenged in court, and president-elect Joe Biden has pledged to protect the Arctic Refuge from drilling,” the group added.