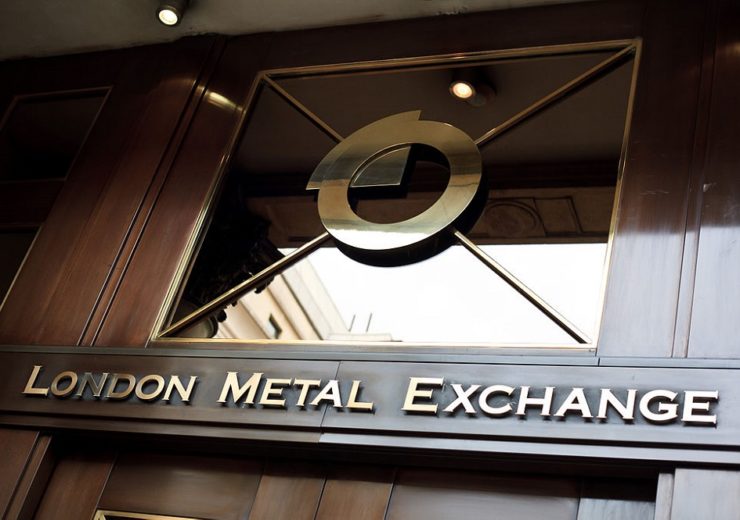 The London Metal Exchange (LME) has confirmed it will continue to accept business from small-scale “artisanal” mining outfits in regions dogged by conflict and human rights abuses.

The move, which will give producers until 2023 to achieve compliance with the LME’s responsible sourcing requirements, is described as an effort to avoid “adversely impacting” the economic development of regions in which artisanal mining is prevalent.

LME argues that “de-facto sanctions” on producers from conflict or high-risk areas could “pre-emptively penalise” businesses based on their location.

Instead, it suggests a more “holistic” application is necessary of the Organisation for Economic Co-operation and Development’s (OECD) original guidance on due diligence for responsible mineral sourcing.

It is a change in approach by the exchange, which earlier this year had intended to implement the OECD’s original framework by 2022 – but concerns were raised that the tighter deadline could put smaller scale producers at a disadvantage compared to their more well-resourced rivals.

LME chief executive Matthew Chamberlain said: “This is an extremely complex area, and while finding the right balance between rule-making and the pragmatism of their application has been challenging, we believe our way forward is operationally robust, respectful of public expectations on our industry, and also fair and achievable for our global producer community.”

A review earlier this year by the World Bank and non-profit organisation Pact found that more than 40 million people worldwide are employed in artisanal and small-scale mining (ASM) labour – mostly in developing countries.

For many, it is a viable and legitimate means through which to earn a living – and has an important role to play in the context of the industry.

Speaking to business intelligence firm GlobalData, the director of Pact’s Mines to Markets project, Crisitina Villegas, explained: “While a lot of countries and policy-makers hope that large-scale companies will come in and develop, it may not be appropriate.

“You may need a mix of small and large-scale mining. It’s not only a solution that can maximise the local social benefit of mining, it’s great for resource efficiency.

“There are very few sites in the world where the whole deposit is used. Usually the large-scale mine will only want a part of it, even though they’ve done the research for the whole deposit.”

There have, however, also been numerous reports of child labour and human rights abuses associated with the practice – as well as concerns over poor health and safety standards, corruption and environmental harm.

The Democratic Republic of Congo (DRC) – where the global race for cobalt for use in the batteries that power electric vehicles is fast-unfolding – is a frequently-cited example of an extractive industry where small-scale producers are haunted by perilous working conditions.

The OECD’s due diligence framework is an effort to respond to these concerns by improving supply chain transparency and setting new industry standards for the extraction, processing and sale of minerals.

Head of the OECD’s responsible business conduct unit Tyler Gillard said: “We are pleased that the LME will be using our framework to underpin its rules and integrate responsible sourcing into the base metals market.

“These steps, with meaningful implementation, will position the LME’s stakeholders extremely well in an industry that increasingly demands business to respect human rights, combat corruption, and more broadly address the environmental, social and governance risks of their supply chains.”

LME will introduce a ‘three-track’ system for risk assessment

The LME’s approach to implementing the OECD guidelines is to create a “three-track” system by which firms can achieve compliance with the standards.

This offers options for navigating the “red flag assessment” process – which is used to determine the level of scrutiny required for a particular trader, depending on the regions from which their minerals have been claimed.

Environmental concerns are not currently taken into account by the LME’s assessment procedure, although the organisation says it “continues to engage actively with its stakeholders on sustainability issues – especially in the aluminium sector – and is committed to supporting initiatives that facilitate the global transition to a low-carbon economy”.