The plight of the Zama Zamas: A perilous hunt for gold in South Africa’s abandoned mining network

Crumbling mine shafts, gun-wielding gangs and crooked police are all part of the job for South Africa's Zama Zamas 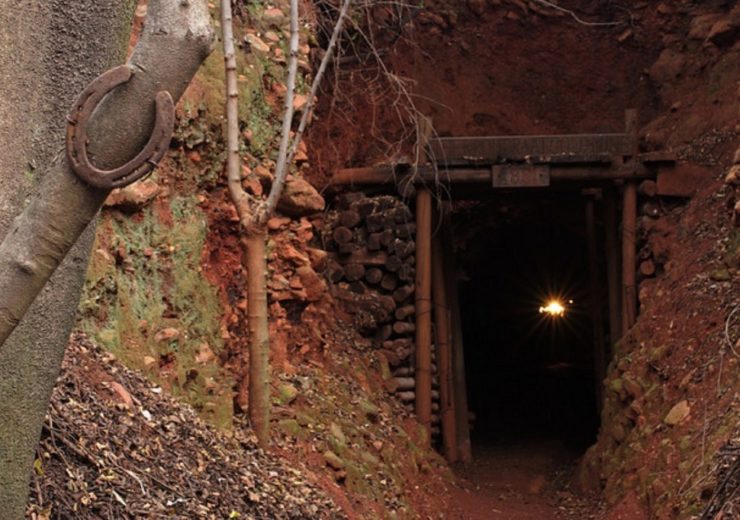 The entrance to the Kroomdraai gold mine, one of the oldest in South Africa, located just a 40 minute drive north of the country’s capital city (Credit: Flickr/Andrew Roos)

South Africa has built a burgeoning national economy on its gold mining trade over the past few decades, but for the “Zama Zamas”, hunting for the precious mineral is a process just as synonymous with peril as profit.

Named after a Zulu term meaning “those who try to get something from nothing”, the 30,000-strong group scratch a blood-stained living harvesting what remains of the reserves in 6,000 abandoned gold mines scattered across the country.

Forced to ply their trade in crumbling industrial shafts where a fatal collapse is just as likely as stumbling across a deposit worth the effort, they are perpetually preyed upon by a coterie of criminal cartels who often count the police among their number.

With little to no alternatives, the group perseveres regardless — here we take a closer look at how the recession of South Africa’s mining industry was just the first chapter in what has since developed into a bloody and brutal illicit scramble for gold.

As the most economically-developed country on its continent, South Africa is home to a strong power sector that comprises a swathe of highly-productive gold mines which together accounted for 12% of the world’s gold production as recently as 2005.

Right at the top of the list is South Deep, which is the second-largest gold mine in the world, followed by Mponeng, the tenth-largest, while the TauTona mine is the deepest, delving almost four kilometres beneath the Earth’s surface.

The country’s gold exports were valued at $3.8bn (£2.9bn) in 2005 and, according to the US Geological Survey, it has been home to roughly 50% of the world’s gold resources and 38% of its gold reserves over the past couple of decades.

Reports suggest South Africa’s gold industry is in serious jeopardy, however, as the nation’s Mineral Council recently announced 75% of mines were no longer profitable due to a steep decline in gold reserves, leading to multiple closures.

This unexpectedly rapid depletion of the country’s gold capacity led to a mass exodus of mining companies which left their facilities abandoned but still just about operational, extending an opportunity to a few enterprising individuals who would become the very first Zama Zamas.

Today, the collective output of the group is estimated to be worth 21bn rand a year ($920m), with the majority of the gold mined ending up in Dubai.

The experience of an illegal gold miner in South Africa is more often than not a harrowing one — speaking to the Investigative Journal prior to a 24-hour stint underground, 19-year-old Mqondisi Ndlovu said: “I’m scared sometimes.

“Sometimes on the way down you pass rocks and you think they are stable, but then when you are returning you see that those same rocks have fallen, and you think about how close you came to being crushed.”

More than 300 artisanal gold miners in South Africa were reported dead between 2012 and 2015 as a result of collapsing tunnels, though the Zama Zamas maintain this number is vastly under-representative.

Making matters worse is the presence of a collective of criminal gangs who periodically rob the miners of their daily haul at gun point.

They are known in the area for their proclivity towards violence — in the four years prior to 2017 the groups that hound the Zama Zamas were responsible for the deaths of more than 200 illegal miners, with 14 of those coming in just 24 hours.

Watchdog ENACT — a project of the Institute for Security Studies, Interpol and the Global Initiative against Transnational Organized Crime — has said operating in the areas under this cartel’s thumb is just as dangerous as working in the Democratic Republic of the Congo, where thousands of cobalt miners navigate an active warzone on a daily basis.

Its various members have also been linked to a plethora of other criminal activities, including human trafficking and weapons smuggling, according to South Africa’s Directorate from Priority Crime Investigation.

Trapped beneath the ground

Not only is illegal mining a life-threatening endeavour for the Zama Zamas, the practice has caused no small amount of headaches for the South African government.

The country’s Mineral Council estimates 21bn ($1.38bn) rand is lost every year in missing sales, taxes and royalties as a result of illicit mining activity.

But for the illegal mining group, it’s difficult to see a way out — turning to the police is not a viable option, as multiple eye-witness and victim reports suggest they are often personally involved in the hold-ups and theft.

And as far as giving up the practice altogether is concerned, the lack of jobs in many regions in which the group operates has made any other way of life almost impossible.

Also speaking to the Investigative Journal, father-of-four Witness Amlambo, 29, said: “This isn’t legal, and I can’t do this for long — there are so many risks.

“But for the moment, it is the only way I can put food on the table for my kids, or pay rent — there are no jobs here.”

From gold to diamond – a way out?

Though the situation appears bleak for the Zama Zamas, one PhD student from the Free State University has come up with a novel way of helping the illegal miners join the formal sector in earnest.

Michelle Goliath has been working with more than 3,000 female members of the group over the past three years in a bid to provide them with skills that could help ingratiate them with the growing industry in the diamond belt of Kimberley, Northern Cape.

Perhaps her greatest achievement in this area to date is the establishment of an artisanal diamond process owned and operated by women in 2016, created with the backing of the department of minerals resources and the local municipality.

The Artisanal Scale Mining cooperative has provided a connection between lucrative, legal markets and the artisanal miners in South Africa, providing access to customers such as Canada and the US, in line with fair trade regulation for gems.

“My research includes the ‘Zamaism’ psychology, a philosophy which looks at the contestation of space and rules, how people navigate the illegal when they are faced with desperate choices.

“I chose to work with women because they are the worst marginalised in society — they work hard to look after and feed their families — training a woman is actually training a nation.

“They do it out of desperation — government doesn’t want to recognise the problems that come with criminalising Zama Zamas.

“No one seems to want to analyse this deeply, and consider issues such as migration that built this country’s mining industry – it’s like a diamond rush.

“This is a problem that can be resolved.”