How can extractive industries in Myanmar become as transparent as they are profitable?

Myanmar's extractive industries have long been saddled with corruption, while its government has contended with myriad socioeconomic, geopolitical and humanitarian crises over the decades, making for a leaky supply chain that's failing to benefit the population as much as it could 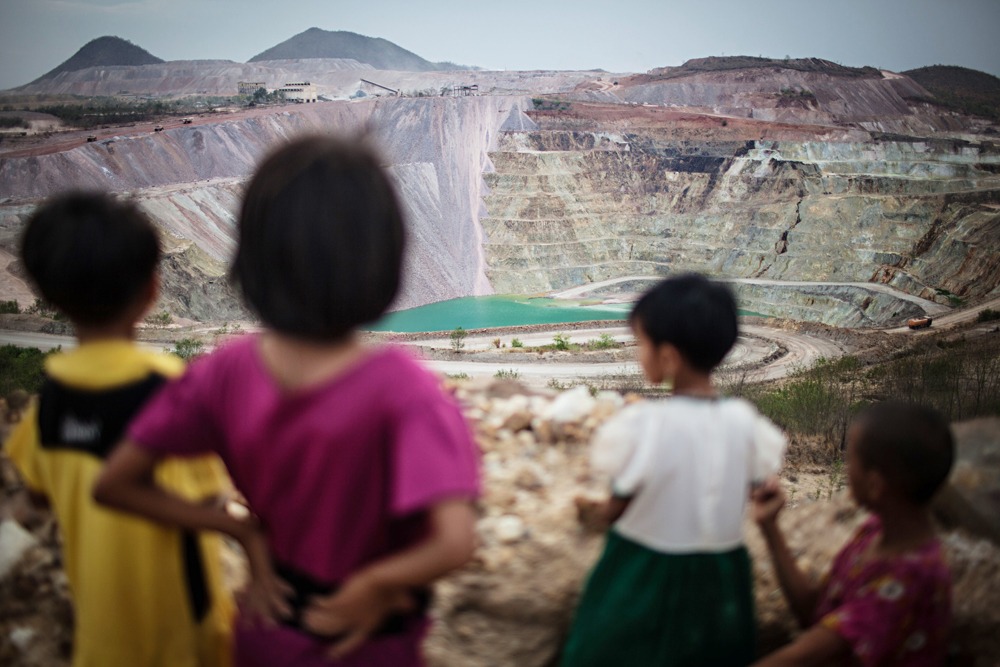 When British explorers stumbled across a village in central Myanmar in 1795 comprising a network of hand-dug wells, they likely didn’t realise they’d found the origins of a major oil and gas producer that would still be expanding 200 years later.

The country’s extractive industries have grown ever-more prolific over the decades, enriching its economy and securing its place as a global supplier of oil, LNG and a plethora of mineral resources including the jade with which it has become synonymous.

But an abundance of natural resources does not guarantee an extractive economy entirely free of problems, and Burma’s current state of affairs is one marked just as much by corruption as sky-high production.

“It’s difficult to pinpoint exactly what the biggest issue in Myanmar is with regards to the extractive industries,” says Marie Gay Alessandra Ordenes, Asia and Pacific director of the Extractive Industries Transparency Initiative (EITI).

“Certainly corruption in the gemstone sector, state-owned enterprises and the beneficial ownership structure [where a company’s legal owners are concealed] are at the top of the list, but there’s also a real lack of public awareness concerning the situation.”

The EITI is a global standard for the good governance of oil and gas companies, as well as mineral resource extraction, around the world, which Burma joined in 2013 in a bid to pave the way for a more equitable extractive network and supply chain.

It has been working with the country towards that end ever since, but a number of factors, including the outbreak of the Rohingya refugee crisis in 2015, have created a malaise that has slowed progress to a crawl.

Here we take a closer look at the performance of Myanmar’s extractive industries, the ways in which they’ve been exploited at the expense of the local population and how the government might overcome the inertia which has made achieving any progress so difficult.

An analysis of Burmese oil, gas and jade

Burma’s oil and gas industry has been growing steadily over the past couple of centuries, but has only started to attract global attention in the last decade off the back of a series of seminal resource discoveries.

According to the Myanmar Oil and Gas Enterprise (MOGE), the country produced 2,003,419 barrels of condensate and 676,954 million standard cubic feet per day (MMscf) of natural gas in its offshore blocks between April 2015 and March 2016.

The MOGE claims the revenues collected from the sale of the state’s share of oil and gas production across both offshore and onshore blocks between April 2015 and March 2016 by the Burmese government amounted to MMK 1,133,624m (£579m).

This represents roughly 53% of the total oil and gas revenues generated in the country over the 12 months, and it was collected in addition to MMK 425,593bn (£213m) in royalties, equivalent to 19%.

London-based campaign group Global Witness claims the jade trade in Burma, which accounts for 90% of the viridescent mineral’s proliferation around the world, is worth more than $30bn (£23bn).

In an interview with Oxford Business Group, Myanmar’s minister of natural resources and environmental conservation U Ohn Winn ruminated on the numbers, arguing the extractive industries were largely responsible for his country’s recent economic growth.

He was, however, mindful of the many problems his country’s oil and gas and gemstone sectors are currently contending with: “We have been facing many challenges in relation to social and environmental issues.

“In this regard, strong institutions, clear environmental regulations and governance, law enforcement and social safeguards are undoubtedly required, along with social, economic and environment factors to achieve sustainable development.

“Therefore, Myanmar has been trying to be a EITI-compliant country to ensure transparency and accountability in natural resources exploitation and financial management.”

Despite the work, reports suggest Mr Winn’s people still see a disproportionately small amount of the capital produced by the country’s oil, gas and jade empires, with the majority of the cash flow redirected by unknown business owners.

The crippling effect of beneficial ownership

Beneficial ownership structures exist in virtually every industry in the world, across all levels of business in both major and developing economies, and present an issue in so far as they conceal the owner or owners of a particular company from public record.

In Myanmar, questions over missing state-bound revenues from extractive companies have been all but irrefutably tied to beneficial ownership, prompting the government to publicly declare its commitment to eradicating the deceptive practice.

Meanwhile, the EITI recommended in 2013 that all oil and gas companies in the country, as well as those operating along the gemstone supply chain, release their holding information — but only a handful have done so since.

To this day, Burma remains without an exhaustive register of the ultimate owners that bid for, operate and invest in its extractive assets — the situation has, perhaps predictably, proved considerably more complicated than to enable such transparency so quickly.

Ordenes explains: “Really there just isn’t the legal framework in place in Myanmar for this to work yet, the companies there will not comply unless there is a law mandating them to.

“We are having some really important discussions with the government, and much progress has been made over the past few years towards improving the situation, but the building blocks for real change aren’t quite there yet.”

Grave costs of all kinds

A study released earlier this year by the Natural Resource Governance Institute (NRGI) suggests up to two thirds of the jade sold by Myanmar is not subject to tax, costing the country billions annually.

One of Havard’s leading experts on southeast Asian economics, David Dapice, said in his own report on the issue: “Practically nothing is going to the government.

“What you need is a modern system of public finance in which the government collects some part of the rent from mining this stuff.”

However, it’s not just the prospect of economic transformation that the country is missing out on as result of the murky governance of its extractive industries — the lucrative jade trade, in particular, claims dozens of Burmese lives every year.

The patchwork of Hpakan mines carved into the hills of Kachin State — Burma’s northernmost province — are home to some 300,000 workers, all of whom are in perpetual danger from landslips and machinery malfunctions.

Illegal drugs are less expensive and more readily available than safety equipment, so rather than prevent injury in advance the miners simply assume their vulnerability and turn to heroin to numb the pain after the occurrence of nigh-on inevitable disaster, often becoming addicted shortly thereafter.

That is if they aren’t killed in the process: Late last month, a mud filter at one of the mines collapsed, causing a landslide that engulfed nearby workers and left more than 50 lost, presumed dead, overnight.

Many observes have laid the blame for both the emergence and continued lacklustre governance of this notoriously fatal industry at China’s president Xi Jinping’s feet, given his country’s demand for jade and the abundance of Chinese state-owned enterprises in Myanmar.

Whatever the root cause, there can be no question that a robustly-regulated industry combined with frequent and preemptive state intervention from the Burmese government would go a long way to solving the issue.

For any of that to work however, greater transparency across the entire extractive supply chain in the country is needed — an ambition the potential of which the EITI proved last year.

In January 2018, the EITI launched the Beneficial Ownership Data Pilot in a bid to provide a “significant learning opportunity” in advance of the day when full disclosure is brought to Myanmar’s extractive industries.

Working in tandem with 21 volunteer companies from the oil and gas, gems and forestry sectors, the intention was to provide governments, reporting entities, independent administrators and regulators with greater guidance going forward.

The study will likely prove a foundational milestone in the years ahead, having highlighted the importance not just of transparency, but also a heightened focus on state-owned and publicly-listed companies, as well as cut-and-dry clarification.

“The pilot showcased avenues to allow authorities to better deal with tax planning issues by including the disclosure of intermediaries and country of incorporation,” it read.

“Whereas the provided data could only be partially verified, the pilot offered some learnings on future validation mechanisms, such as by requiring additional documentation or through spot-checks.

The signs of progress are there, it seems, but nobody at the EITI or the Burmese government is getting ahead of themselves.

Significant challenges lie ahead in terms of reshaping Myanmar’s regulatory framework in order to ensure private sector compliance with the changes, hopefully, to come.

Ms Ordenes observes: “A lot of this goes outside of the EITI’s scope, and because of that it’s difficult to predict exactly when the changes needed will come into effect.

“You can pass a piece of regulation but ultimately that doesn’t mean companies will comply – it has to go further than that.

“The best case scenario would be a situation were the Directorate of Investment and Company Administration (DICA) is enforcing greater transparency, but we aren’t there yet.

“There also needs to be awareness of the issue – we have been engaging in workshops with civil society and the government to that end – but more work is needed.”