Profiling nine of the biggest mining companies in India

The country's mining industry accounts for 2.5% of India's GDP and is fuelled by a host of massive companies - largely state-owned - which have established a monopoly over the sector 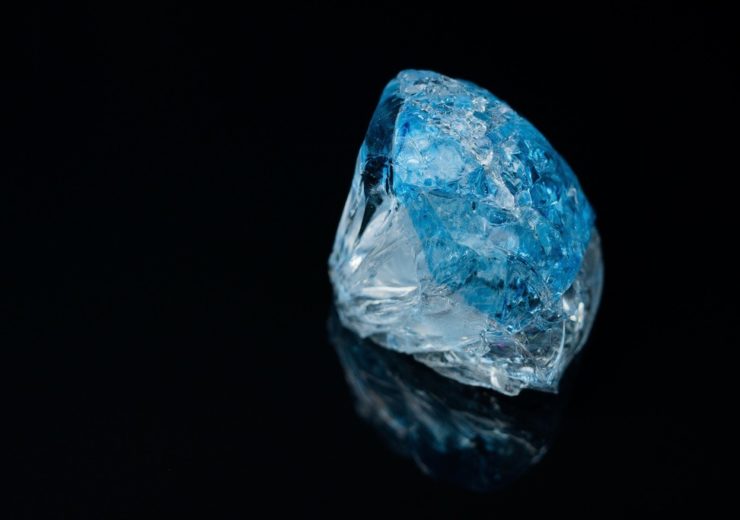 Mining has become a foundational cog in India's economic engine

Owing to its abundance of natural mineral resources, India is home to both a bustling mining industry and a host of companies seeking to capitalise on the vast market.

The country is one of the world’s top producers of iron ore and bauxite, the harvesting of which accounts for roughly 2.5% of its towering GDP, which stood at $2.6tn (£2tn) as recently as 2017.

The sector as a whole accounts for 700,000 jobs, while only China has larger coal reserves and 12% of the world’s thorium and 60% of its mica minerals lie within Indian borders.

Here profile nine of the biggest mining companies in India.

Incorporated in 1958, National Mineral Development Corporation (NMDC) is owned by the Government of India and controlled by the Ministry of Steel.

The company is involved in the exploration of various minerals such as iron ore, copper, rock phosphate, limestone, gypsum bentonite, magnesite, diamond, tin and tungsten.

It produces iron from three fully mechanised mines – one in Donimalai, Karnataka and two in Bailadila, Chhattisgarh – which supply raw material to manufacturers Essar Steel, Ispat Industries and Vikram Ispat, in addition to the Visakhapatnam Steel Plant.

Formerly known as Sesa Sterlite/Sesa Goa Limited, Vedanta is the largest miner of zinc in India.

Part of the Vedanta Group, it is also involved in the mining of copper, iron ore and aluminium, based mainly in Goa, Odisha, Rajasthan, Chhattisgarh, Tamil Nadu, Karnataka, Punjab Gujarat and Andhra Pradesh.

Hindustan Zinc (HZL) was established in 1966 in New Delhi as a public sector undertaking from the erstwhile Metal Corporation of India.

The subsidiary of Vedanta Resources’ main interest is the exploration and production of zinc, silver and lead.

It operates the world’s largest zinc mine in Rampura Agucha, Rajasthan, which has an ore production capacity of 6.15 million MT per annum, in addition to several zinc and lead  smelters and refineries in the state.

According to its website, the combine capacity of its coal-based thermal captive power plants in Rajasthan, which support its metallurgical operations, is 474 megawatts (MW).

Hindustan Copper was first incorporated in 1967 as  public sector undertaking of the Ministry of Mines.

It is reportedly India’s only vertically integrated copper producer, involved in a range of activities including mining, beneficiation, smelting, refining and continuous cast rod production.

According to its website, the company’s mines and plants are spread across five operating units – one each in the states of Rajasthan, Madhya Pradesh, Jharkhand, Maharashtra and Gujarat.

The Mumbai-based company is the world’s biggest aluminium rolling company, courtesy of its acquisition of Canada’s Novelis in 2007.

It also owns one of the world’s largest copper smelters, and has aluminium smelting operations in Odisha, Uttar Pradesh and Madhya Pradesh.

Located in Panchpatmali hills of Koraput district in Orissa, its first fully mechanised opencast mine has been in operation since November 1985.

The site caters to the feedstock needs of Alumina Refinery at Damanjodi, and NALCO’s export earnings contributed to nearly 46% of  its sales turnover in the year between 2016 and 2017.

Incorporated in 1965 as a public sector undertaking, Bharat Aluminium Company (BALCO) is 51% owned by Vedanta, while the remaining stake is held by the Government of India.

The company has two bauxite mines and several refining, smelting and fabrication facilities in Central India.

Its also has major operations in the town of Korba, Chhattisgarh, along with multiple high-grade bauxite mines in Kawardha and Mainpat.

Rajasthan State Mines and Minerals (RSMML) is one of Rajasthan’s top government enterprises, with its mining operations encompassing lignite, phosphate, gypsum and limestone.

RSMML’s primary interest revolves around mining for rockphosphate ore, with its key mine in Jhamarkotra being located in a prime location for harvesting the mineral.

Gujarat Mineral Development Corporation was established at Ahmedabad in 1963 by the state’s government to help the glass industry its process of crushing and screening silica sand.

Before long, the company progressed to earning a lignite mining lease at Panandhro, Kutch in 1976, whose operations paved the way for GMDC to construct its first one million tonne capacity lignite mine in 2015 at Umarsar, Kutch.

The company’s main products include essential energy minerals such as lignite, industrial minerals (bauxite and flourspar) and base metals.

GMDC also owns a captive refining plant with copper mines near Ambaji, created in 1980 and manganese ore mines, developed at Shivarajpur, Panchmahals in 2006.