The world's entire proven coal reserves were estimated at more than one trillion tonnes in 2019, with just a few countries holding the largest deposits 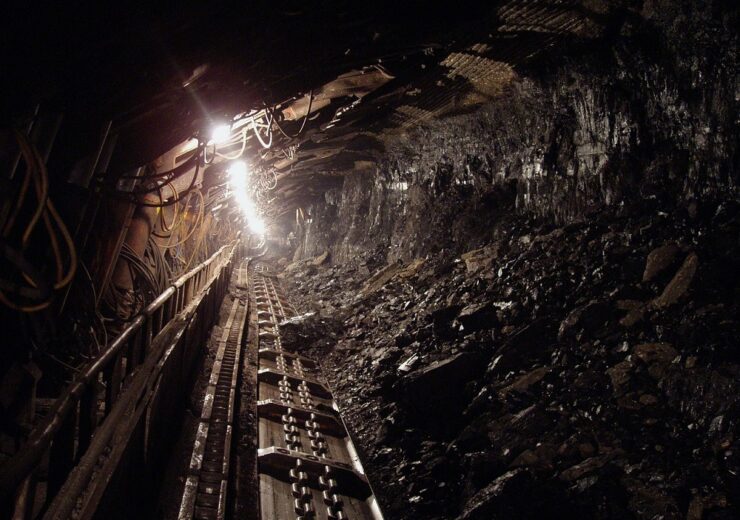 Coal has fuelled industrialisation around the world, but is now being phased out amid climate concerns

The world’s largest coal reserves are concentrated mainly in five countries, which have been able to exploit this natural asset for their own industrial development.

According to figures published in the BP Statistical Review of World Energy 2020, there are more than one trillion tonnes of proven coal resources worldwide.

Global production in 2019 topped 7.9 billion tonnes, with China, India and the US among the world’s top coal-producing countries.

While climate concerns and efforts to decarbonise the global energy system have diminished coal’s stature in recent years, it nevertheless remains the biggest source of the world’s electricity generation – accounting for 38% of the overall share in 2019, according to the International Energy Agency (IEA).

This is on track to decline amid competition from cheap natural gas and a growing international focus on emissions reduction, but with major economies – notably China and India – still relying heavily on coal-fired power generation, it will take time for this mineral to be fully eliminated from the world’s energy mix.

Coal is also used widely in heavy industry, particularly to produce iron and steel, which will remain integral to global infrastructure and manufacturing projects.

Emission-abatement technologies such as carbon capture and storage (CCS) are being developed that could enable a cleaner, more environmentally-friendly use of coal in the years ahead.

The top five countries with the largest proven coal reserves

The US has by far the biggest proven coal reserves in the world, totalling more than 249 billion tonnes in 2019 – a 23% share of the global total.

Coal production in the country peaked in 2008, and has been in steady decline ever since – despite promises by President Donald Trump to revive the domestic mining industry.

According to the US Energy Information Administration (EIA), coal production in the country in 2019 was the lowest it has been since 1978, with further annual declines expected.

Most of the country’s coal is produced in the state of Wyoming (39%), as well as the Appalachian region (27%), which comprises Alabama, Eastern Kentucky, Maryland, Ohio, Pennsylvania, Tennessee, Virginia, and West Virginia.

Russia comes second on the list of countries with the world’s largest coal reserves – calculated at 162 billion tonnes in 2019. That is equivalent to a 15% share of the overall global resource.

The Kansk-Achinsk coal basin, located in the Central Siberia holds accounts for around 40% of the country’s coal reserves, while the Kuznetsk Basin in Western Siberia holds around 28% of the domestic total.

Russian policymakers have announced plans to boost domestic coal production over the coming years – targeting as much as 670 million tonnes annually by 2035.

That compares to production levels of around 440 million tonnes in 2019, according to the Russian government – which is around 30% higher than it was ten years earlier.

Markets in the Asia-Pacific region – where coal is still consumed more readily than in the Western world – are considered key targets for Russian coal exports.

Australia is home to the third largest coal reserves in the world, with a proven resource of 149 billion tonnes in 2019 – around 14% of the global total.

It is the top exporter of coal, followed closely by Indonesia, providing 27.5% of the global supply – largely to markets in Asia, and particularly China.

Coal products were Australia’s second-most valuable exports in 2019, after iron ores and concentrates.

Production occurs across the country, but the states of New South Wales and Queensland are most prolific – particularly for producing black, or bituminous, coal in the Bowen Basin and Sydney Basin along the eastern coast.

China had proven coal reserves of 142 billion tonnes in 2019, giving it a 13% share of the global resource. Most of these reserves are located in the north and north-west regions.

The country is both the world’s biggest producer and consumer of coal, accounting for 48% and 52% of the global total respectively.

In 2019, it was the top import market for coal products, taking an 18% share of the global trade.

China is heavily reliant on coal for its energy needs – one of every four tonnes of coal used globally is burned to produce electricity in China, according to the IEA, with the fuel accounting for more than 60% of its electricity production in 2019.

A 2020 announcement from President Xi Jinping that China will target carbon neutrality before 2060 is likely to result in the country taking steps to reduce this overreliance on coal for its domestic energy supply.

India has the fifth-largest proven coal reserves in the world, totalling around 106 billion tonnes in 2019 – just under 10% of the global total.

Jharkhand, Odisha and Chhattisgarh in the east of the country are the states containing the largest coal deposits.

Coal is the main source of electricity generation in India, accounting for around two thirds of domestic supply. The country was the world’s second-largest importer and consumer of coal in 2019, after China.

In 2020, the Indian government announced plans to open up the country’s coal reserves to private-sector development, in a bid to boost domestic production and reduce the reliance on foreign imports.

Around 40 coal mines are to be auctioned off for development, although early interest is reported to be low, reflecting a lack of appetite among investors at a time when coal is on the decline and competition from renewables is growing.