What are the five biggest coal mines in fossil fuel-reliant Australia? 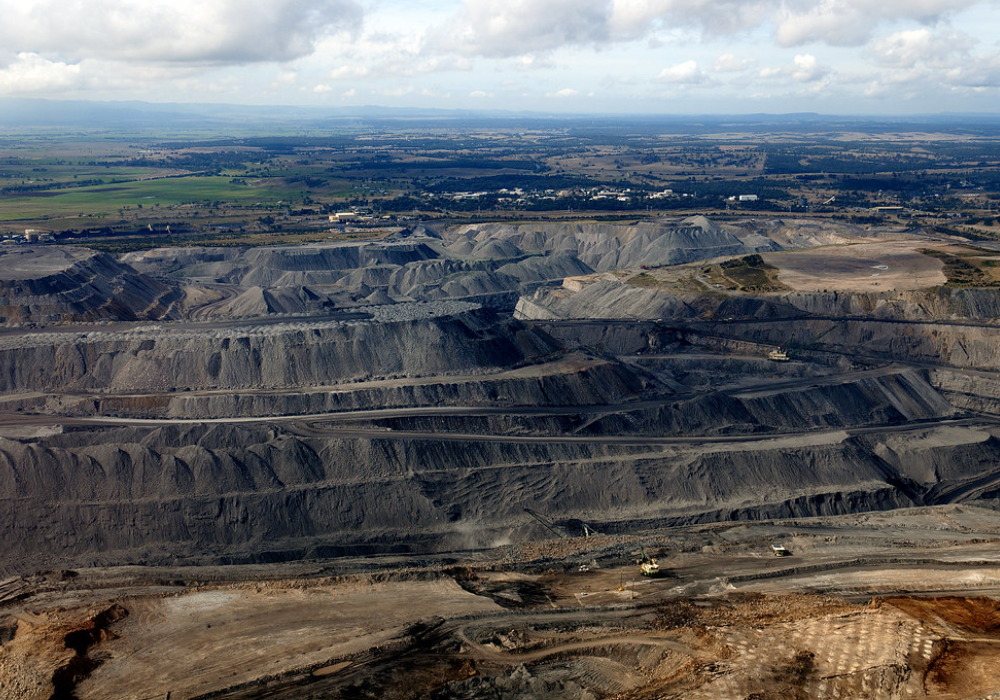 Citi confirmed that by 2025, it will cut its credit exposure to coal-mining companies in half (Credit: Flickr/Beyond Coal & Gas Image Library)

Although coal mines are largely on the decline as the world attempts to clean up its economy, Australia continues to place a heavy reliance on the industry.

The country is home to four of the 10 largest coal mines in the world, with the US and China two of its main production rivals.

Australia is the biggest coal exporter in the world, having produced about 510 million tonnes (Mt) in 2017/18, of which about 75% was exported — making it the third-largest exporter of fossil fuels.

According to a report by public policy think tank the Australia Institute, it mines about 57 tonnes of CO2 potential per person annually, which is about 10 times the global average.

The industry took a major hit last year, however, when thermal coal prices experienced their biggest annual drop for more than a decade — plummeting from $101 in December, 2018, to $66 a year later.

Here are the five biggest coal mines in Australia.

The Carmichael coal mine in the north of the Galilee Basin in Central Queensland is one of the world’s largest untapped coal reserves.

It could be one of the biggest coal mines in the country once production begins, but it has so far been surrounded by controversy.

Environmentalists have been challenging the mine’s construction, in an attempt to stop more fossil fuels adding to Australia’s already high emissions.

Despite this, the project received the necessary approval from the Australian government last year, with its owner Adani Enterprises hoping to begin production in 2021.

The original plan was to build a 60Mt-a-year mega-mine, which would have made it one of the largest in the world.

But Adani reduced that ambition to building a 10Mt-15Mt-a-year mine, with the potential of increasing production to 27Mt — making it the biggest in Australia.

The Peak Downs coal mine is located in the Bowen Basin of central Queensland and is currently the country’s biggest coal mine by recoverable reserves.

The open-pit mine has been producing high-quality hard coking coal since 1972 and was estimated to hold 718Mt of recoverable coal reserves last year.

It has been owned and operated by Australia’s biggest coal producer and exporter BHP Billiton Mitsubishi Alliance (BMA), a joint venture between BHP Billiton and Mitsubishi since 2001.

Peak Downs is one of the seven coal mines operated by BMA in the Bowen Basin and produced more than 11.8Mt of metallurgical coal in the year ending 30 June 2019.

The Mount Arthur (Mt Arthur) coal mine is located in the Hunter Valley region of New South Wales and began production in 1968.

It is the eighth-largest gold mine in the world, and had recoverable coal reserves of 591Mt in 2019.

The site is owned and operated by BHP Billiton, with the mining operations consisting of two open-cut areas — the Northern Open Cut and the Southern Open Cut.

More than 20 coal seams are mined at Mt Arthur, where thermal coal is produced for energy-related customers in the area and internationally.

Its annual coal production is more than 18Mt and has an estimated reserve life of 35 years.

The Goonyella Riverside open-pit coal mine, located in the Bowen Basin, is Australia’s third-biggest mine.

Goonyella commenced operations in 1971, while the adjoining Riverside was brought into production in 1982, before both mines were merged into a single operation in 1989.

It is estimated to hold 549Mt of recoverable coal reserves, including 530Mt of proved and 19Mt of probable ore reserves last year.

The mine produced 17.1Mt of coking coal in the year ending 30 June 2019, compared with 15.8Mt of coal the previous year — with plans now in place to implement autonomous haulage at the site.

The Saraji open-pit coal mine is yet another deposit located in the Bowen Basin and is the world’s 10th-biggest by recoverable coal reserves.

Its multi-seam, open-cut mine has been producing up to 10Mt a year of high-quality metallurgical coal for export markets since 1974 and is operated by BMA.