How might a Joe Biden presidency affect global oil markets? 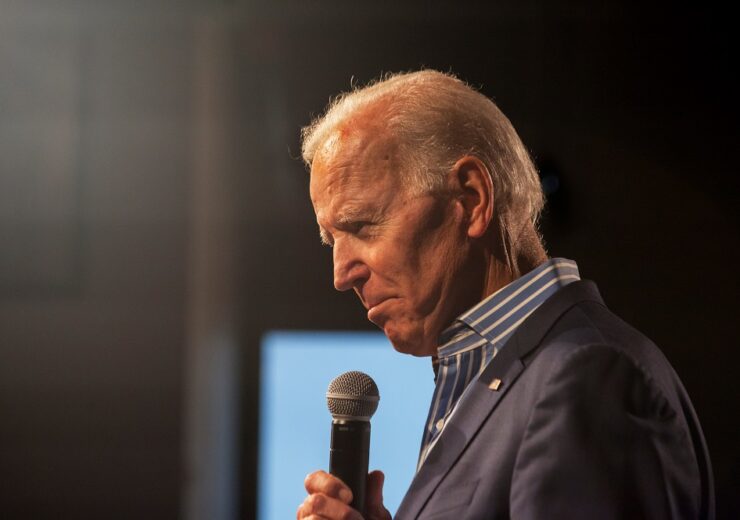 Having secured victory in a hard-fought US presidential election, Joe Biden is expected to reshape the country’s domestic and foreign policy, with implications for global oil markets. Here, NS Energy looks at how his early decisions could affect an industry that is already facing unprecedented challenges.

After a year in which coronavirus sent shockwaves through global oil markets, and speculation about future demand trends has abounded, the climax of the US presidential election was must-watch viewing for commodity traders and producers.

Starring two ideologically-opposed candidates offering contrasting visions for the future of US energy and oil consumption, the outcome of the race was tipped to have big implications for the shape of the industry’s recovery from the pandemic.

“Bearish for Biden, bullish for Trump,” was the summary offered by analysts at Rystad Energy ahead of election day, reflecting the mood that a second term for President Trump would send a more positive signal to oil markets – at least in the short term – than if he were to lose.

But it was not to be. Ongoing legal challenges from the Trump campaign notwithstanding, Democratic candidate Joe Biden emerged the winner of the election, and will assume the Oval Office in January 2021.

His presidency will open a new and very different chapter for US policy, both at home and abroad – one that has implications for oil markets after what has been a challenging and volatile year.

Where Trump cast himself as a champion of the industry – overseeing the US’ rise to become the world’s biggest oil producer and rolling back a string of “burdensome and ineffective” regulations – Biden is expected to show a firmer hand as he implements a climate and clean-energy plan targeting net-zero emissions by mid-century.

There are obvious implications of a shift away from fossil fuels for the industry at home, but Biden’s approach to foreign policy could also be telling.

Strained diplomatic relations with Iran and Venezuela – two countries that are home to some of the world’s biggest oil reserves – could be eased under the new administration, and if this results in economic sanctions being lifted there could be an influx of new oil flowing into a global market already creaking under the pressure of oversupply.

Much of the focus domestically has been on Biden’s attitude towards fracking – an important industry in the US, which many believe could be at risk from a sweeping plan to reduce carbon emissions.

Biden has stated he will move to ban new leases for fracking on federal land in the US, and focus on the deployment of carbon capture technologies to reduce operational emissions. Consultancy Wood Mackenzie estimates that a permanent ban on new leasing would cut US oil and gas production by 30% by 2035.

“Biden has not outspokenly criticised the US oil and gas industry,” says Sen. “[But] his clean-energy investment blueprint appears largely to sideline the upstream oil sector.”

The president-elect is also expected to reverse many of the regulatory rollbacks introduced by the Trump administration, including curbs on industrial methane emissions and fuel-economy standards for combustion vehicles.

Rystad Energy estimates stricter controls on fuel economy alone in the US could lower global oil demand by 500,000 barrels per day (bpd) by 2025, while incentives for electric-vehicle (EV) adoption and investments in public transport could lower fuel demand further.

“However, the impact on US fuel demand this decade will be minimal,” he adds. “Even four million EVs represent only about 1.5% of the total of 275 million vehicles we expect on US roads in 2030.”

Biden could deliver a near-term boost to oil markets

Lost demand due to lockdowns and travel restrictions during the pandemic has weighed heavily on the international oil market – tipping it into a demand/supply imbalance and forcing a significant drop in benchmark commodity prices throughout the year.

While a Biden administration – and its plan to green the US economy – is expected to have a negative effect on long-term oil demand, it could in fact deliver a short-term boost to the markets.

The US is the world’s leading consumer of oil, and the extent to which the coronavirus has spread across the country under Trump’s leadership – more than 240,000 deaths, around 19% of the global count, have been registered to date – has significantly disrupted the economic activity that would normally drive consumption.

According to the Energy Information Administration (EIA), liquid-fuels consumption in the US during October stood at around 18.8 million bpd – a 9% decline compared to a year earlier, when it reached around 20.7 million bpd.

Top of Biden’s to-do list when he takes office will be to get a grip on the pandemic, lower the infection rate in the US and kickstart the economy. Recent news of a potential vaccine will be a welcome addition to these plans.

A faster resolution to the health crisis “would certainly be bullish” for oil demand, Rystad suggests. “Steps like a national mask mandate, which would keep economic activity going and avoid shutdowns, would certainly be a boon for US oil consumption.”

A substantial economic stimulus package is likely to be passed too, which could add 400,000 bpd to oil demand in 2021, according to the analysis.

Domestic policy in the US will no doubt have an effect on oil markets, both on the demand and supply side – but the Biden administration’s approach to foreign policy will be significant too.

Since May, many of the world’s biggest oil-producing countries have been scaling back their production efforts in a bid to balance the market and stabilise commodity prices that fluctuated wildly during the second quarter of 2020.

The so-called Opec+ alliance – led by Saudi Arabia and Russia – is currently curtailing its collective output by 7.7 million bpd as part of an agreement brokered by President Trump back in April.

There has been some success, with benchmark crude prices settling at around $40 per barrel since the cuts took effect – but future relations between the US and Iran, which is a member of Opec and home to the world’s fourth-largest oil reserves, could complicate matters.

President Trump imposed tough economic sanctions on Iran after abandoning an Obama-era nuclear deal with the country, which had eased previous sanctions in return for Tehran scaling back its nuclear-development programme.

Biden has been critical of Trump’s intervention and is expected to renegotiate this deal with Iranian leaders – which could allow the country to boost its oil production efforts and resume exports.

Sen says: “A sanctions-free Iran could mean the country swiftly ramping up crude output in an effort to reclaim market share, hurting the interests of the wider Opec+ alliance and of the US as well.

“A strictly-regulated US domestic oil industry, faced with the prospect of rising production and exports by Iran, could exert pressure on oil prices in the long term, and prove detrimental for global oil markets.”

According to Rystad’s analysis, Iran was producing 4.5 million bpd of oil (crude and condensate) in May 2019, just before the new sanctions were imposed. “Once exports were blocked and storage filled up, fields had to be shut down,” it notes.

Iranian oil production has fallen to around 2.5 million bpd since sanctions were reintroduced, but the country has kept a “healthy” spare capacity of around 1.8 million bpd, meaning “the day Iran can turn the taps back on, there will be a literal deluge of crude on the market”.

“Many political pieces would have to fall into place for this to become a reality, but the capacity is there,” Rystad adds.

A dilemma for Opec+

Whether reinstating the Iran nuclear deal will be an immediate priority for the Biden administration remains to be seen, but it is something the president-elect has made clear he wants to achieve.

Elections in the country are tabled for June 2021, which could delay any plans to quickly re-engage in diplomatic negotiations.

Nevertheless, it is a potential headache for Opec+ to contend with as it considers its next move over production cuts.

The group is due to meet in December ahead of a planned reduction of the curtailments to 5.7 million bpd starting in January – but pressure is already growing to extend the current rate, rather than easing off.

New lockdowns are being enforced across Europe, damaging the short-term demand outlook, while oil production in Libya, where civil conflict has kept production offline for most of the year, is now increasing rapidly after a truce was agreed.

“With a Covid-19 vaccine unlikely to ride to the rescue of the global oil market for some time, the combination of weaker demand and rising oil supply provides a difficult backdrop to the meeting of Opec+ countries,” warns the International Energy Agency in its latest monthly oil-market update.

“Unless the fundamentals change, the task of re-balancing the market will make slow progress.”

Speculation that US sanctions imposed by Trump against Venezuela could also be eased under Biden adds further uncertainty to this picture.

The country sits on top of the world’s biggest-proved oil reserves, and while the decline of its oil industry pre-dates Trump, there is nevertheless potential for a more economically-liberated Venezuela to add new volumes to an oversaturated marketplace.

Rystad notes: “With Biden in the White House, Russia and China will see less risk in investing in Venezuela. But he will have to tread carefully with Venezuelan sanctions – and may not remove them outright, as doing so would be unpopular with Latino voters in the US.”

The research group suggests Venezuela is capable of boosting its production by between 700,000 and 1.2 million bpd by 2024.