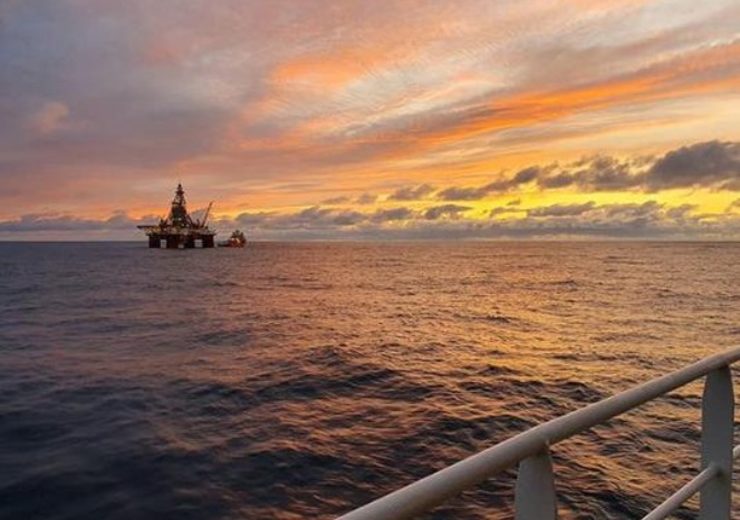 The West Hercules rig will drill the wildcat well for the Northern Lights project. Photo: courtesy of Seadrill.

The Norwegian Petroleum Directorate (NPD) said that Equinor and its partners are set to drill an exploration well 31/5-7 Eos in the North Sea as part of the Northern Lights project, a carbon capture and storage (CCS) project located south of the Troll field.

The drilling of the exploration well will mark the first time where the goal is not for finding any hydrocarbons, said NPD. Instead, the wildcat well 31/5-7 Eos will be drilled for probing if the reservoir in the deep Johansen Formation can be used for storage of carbon dioxide (CO2).

For this purpose, Equinor and its partners will be using the West Hercules rig in exploitation licence 001. The permit for the licence was granted by the NPD in January 2019.

The goal of the well 31/5-7 Eos is to prove sandstone and the storage potential for CO2 in the Cook and Johansen geological formations. Additionally, the participants in the Northern Lights project would look to study the sealing properties of the overlying Dunlin shale.

The NPD said that if the wildcat well indicates good reservoir properties, then a decision will be taken subsequently for using the formations for the storage of CO2. In case of that, the first CO2 injector will be drilled as a sidetrack from 31/5-7 Eos, said the Norwegian authority.

NPD exploration assistant director Wenche Tjelta Johansen said: “If the well proves sandstone with good flow properties, this part of the Johansen Formation may be well-suited as a storage facility for CO2.”

According to Johansen, the Johansen Formation is located at a depth of nearly 2700m in the relevant area, and that the wells that were drilled down into the formation in the past are situated on the Troll field, which is far away from the 31/5-7 Eos well.

Equinor, which is the operator of the Northern Lights project, is partnered by two other oil and gas majors – Royal Dutch Shell and Total.

The Northern Lights project will feature a CO2 receiving terminal, an offshore pipeline, and a permanent storage facility for the gas in the North Sea.

The project will be based on CO2 drawn from two potential capture sites – Fortum Oslo Varme’s waste-to-energy facility in Oslo and Norcem’s cement factory located in Brevik.

A final investment decision on the Northern Lights project is due to be taken next year.