The Norwegian Petroleum Directorate (NPD) has granted a permit to Equinor to exploit an area for CO2 storage on the Norwegian Continental Shelf (NCS) in connection with its Northern Lights project. 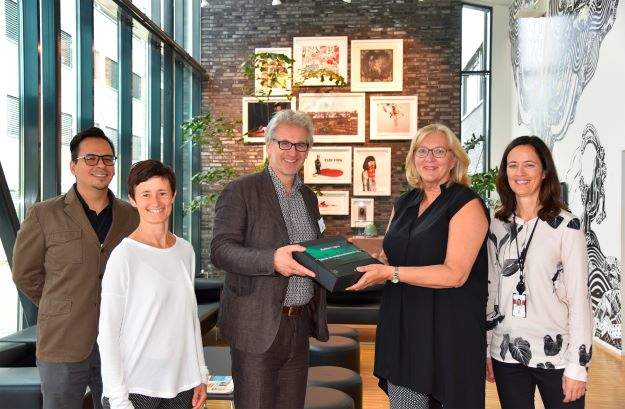 Image: In September 2018, the Northern Lights project submitted application for permission to inject and store CO2 in the subsurface on the NCS. Photo: courtesy of Norwegian Petroleum Directorate.

As part of the Northern Lights project, Equinor and its partners Shell and Total will undertake a feasibility study for a CO2 storage facility at the awarded area located south of the Troll field in the North Sea.

The Northern Lights project, which is a carbon capture and storage (CCS) project, will see the development of a first-of-its-kind storage facility that can receive CO2 from multiple industrial sources.

In last September, the CCS project filed an application with the regulator seeking permission to inject and store CO2 in the subsurface on the NCS.

Norwegian Petroleum Directorate CO2 storage coordinator Eva Halland said: “This is the first time the authorities award an exploitation permit for injection and storage of CO2, and this is an important project for initiating carbon capture and storage (CCS) both nationally and internationally.”

The Norwegian petroleum regulator said that authorities announced the relevant area in July 2018. Norway State Secretary Ingvil Smines Tybring-Gjedde then said that the announcement is a specific follow-up of the government’s ambitions for full-scale CCS in the country, and is significant regarding the storage part of the equation.

The regulator further said that the goal is to achieve a cost-effective solution for full-scale CCS in Norway, assuming that it yields technology development in a global perspective. It revealed that the Northern Lights project partners were the only applicants when the deadline expired.

Earlier this month, Aker Solutions was given a contract to supply equipment for the subsea infrastructure related to the Northern Lights project.

Under the contract, Aker Solutions will deliver equipment for an early well development as a call-off from the Equinor framework agreement it had inked in December 2017.

The project will be based on CO2 captured from two potential capture sites – Fortum Oslo Varme’s waste-to-energy facility located in Oslo and Norcem’s cement factory in Brevik.

Phase one of the CO2 storage terminal is planned to facilitate storage for up to 1.5 million tons of CO2 annually.