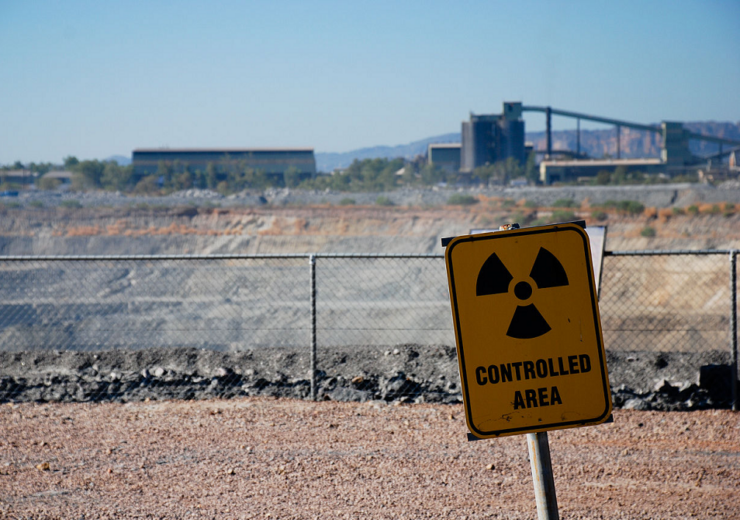 US uranium production has been on a steep decline since 2014 (Credit: Wikimedia Commons/Alberto Otero Garcia)

In the latest attempt to boost the struggling US uranium industry, regulators have agreed to co-ordinate their actions on in-situ leach (ISL) mining techniques, streamlining regulation that upholds public health, safety and environmental standards.

A memorandum of understanding was signed between the Nuclear Regulatory Commission (NRC) and the Environmental Protection Agency (EPA) that would effectively limit the latter’s authority to regulate the extractive process, which involves dissolving uranium ore in a liquid solution underground before pumping it to the surface for processing.

EPA administrator Andrew Wheeler said the technique is “proven safe and cost-effective”, but environmentalists warn the agreement poses a contamination risk to local water supplies by loosening the requirement to restore aquifers to their pre-existing condition.

“The EPA has signed away its authority to regulate water pollution from uranium mining,” the Natural Resources Defense Council (NRDC) said in a statement.

Rich Nolan, CEO of the National Mining Association, welcomed the greater role for the NRC, criticising the environmental regulator for previously trying to impose “technically unfeasible standards” on the industry, “merely to impede mining operations”.

He added: “By drawing clear lines between the roles of EPA and NRC, the agency with the most relevant experience is able to weigh in where issue-specific expertise is needed.”

The deteriorating state of domestic uranium mining has flown high on the Trump administration’s agenda, as it seeks to bolster the country’s nuclear fleet for both energy and military purposes, and reduce its reliance on imports.

The Nuclear Fuel Working Group (NFWG) – a task force convened by President Donald Trump last year – recently bemoaned the decline of the US industry, labelling it “at risk of insolvency” and “on the brink of losing its ability to produce domestic uranium”.

Latest figures from the US Energy Information Administration (EIA) show the country’s production of uranium concentrate totalled 174,000 pounds in 2019 – an 89% drop on the previous year and the lowest level since records began in 1949.

US uranium production has been on a steep downwards trajectory since 2014, when output totalled 4.9 million pounds.

Wheeler said the agreement with NRC is “an important step towards establishing a robust domestic uranium mining industry”. Republican Senator John Barrasso called it a “major win” for his constituency of Wyoming, which is the biggest uranium-producing region in the US.

“The Trump administration is limiting unnecessary regulations and making it easier for American companies to do business,” he added. “This agreement will help preserve Wyoming’s uranium industry.”

Environmental group NRDC argues ISL mining leads to contaminated local groundwater supplies when uranium ore is dissolved and is concerned about the EPA’s diminished power to regulate the process and to ensure that aquifers are fully restored to their prior condition after leaching has taken place.

The scale of the long-term damage to water supplies is unknown, it added, because of “lax oversight” on behalf of the NRC.

NRDC’s senior attorney Geoff Fettus said: “The EPA has the legal authority – and the duty – to ensure that the uranium industry restores aquifers after it’s done mining. This action demonstrates [it] is more focused on protecting a polluting industry than it is on protecting people and our precious water supplies.”