US uranium production bombs 89% in 2019, as industry decline accelerates

Yellowcake production in the US has been in decline for the past five years, prompting White House action to boost an industry it sees as critical to national security 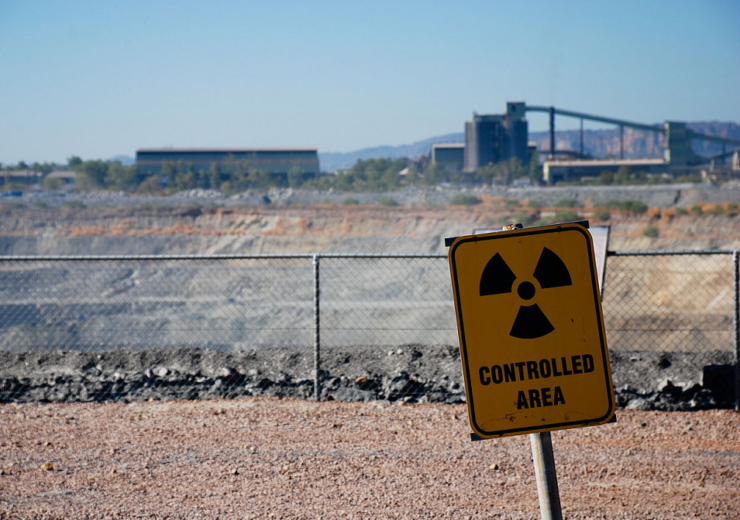 US uranium mining has been in steady decline since 2014 (Credit: Wikimedia Commons/Alberto Otero Garcia)

US uranium production fell by 89% in 2019, underscoring the dramatic decline of an industry recently labelled “at risk of insolvency” by a White House-appointed taskforce.

Uranium production in the country has been on a steep downwards trajectory since 2014, when output totalled 4.9 million pounds – a trend that has prompted an investigation within government looking at how to turn the industry around.

Just six operational facilities contributed to US uranium production in 2019

Yellowcake, as the commodity is informally referred to, is the radioactive metal used in nuclear reactors and weaponry – and the US administration has voiced concerns the industry’s continued decline is now a matter of national security.

Overall employment across the industry was down by 29% compared to 2018, comprising 265 full-time person-years – a measure used to describe full-time employment for one person.

Alongside this taskforce, the president has made a $150m provision in the 2021 budget to establish a domestic uranium reserve that would serve as a purchasing mechanism for domestically-produced uranium in a bid to encourage investment – with 2019 industry-wide spending pegged at $81m, a 26% annual decline.

Last month, the findings of an NFWG review made several policy recommendations to bolster an industry it deemed “at risk of insolvency” as it increasingly relies on imports from countries such as Canada and Australia.

Shipments of uranium concentrate from US producers were down 87% year-on-year in 2019 to 190,000 pounds, compounding a downwards trend that has seen purchases from domestic suppliers dwindle in recent years, accounting for just 10% of overall uranium buying by the US in 2018.

US officials have bemoaned the growing influence of rivals such as Russia and China on the supply chains of critical minerals like uranium – along with those that will be used to drive the energy transformation like lithium, cobalt and nickel.

Earlier this year, Canada and the US reached an agreement to deepen their ties on “mutual interests” related to the sourcing of critical minerals amid the concerns about over-reliance on imports from foreign rivals.

US uranium production considered a matter of national security beyond 2019

The issue of uranium supply, in particular, has been raised as a matter of high priority in Washington, with the NFWG report warning that “America is on the brink of losing its ability to produce domestic uranium for the fabrication of nuclear fuel, threatening our national interest and national security”.

Yellowcake production is the first step on the way to nuclear enrichment and manufacturing, and according to the US Department of Energy, the desire to enhance the domestic uranium industry is being driven by a demand for low-enriched uranium that will be used in tritium production for nuclear weapons in the 2040s, as well as highly-enriched uranium needed to fuel Navy nuclear reactors in the 2050s.

US energy secretary Dan Brouillette said: “The decline of the US industrial base in the front end of the nuclear fuel cycle over the past few decades has threatened our national interest and national security.

“As a matter of national security, it is critical that we take bold steps to preserve and grow the entire US nuclear energy enterprise.”

According to the EIA, known uranium reserves in the US total as much as 389 million pounds at a maximum forward cost of $100 per pound – although the organisation noted this is likely to be “a fraction” of the full domestic reserve due to unreported data.