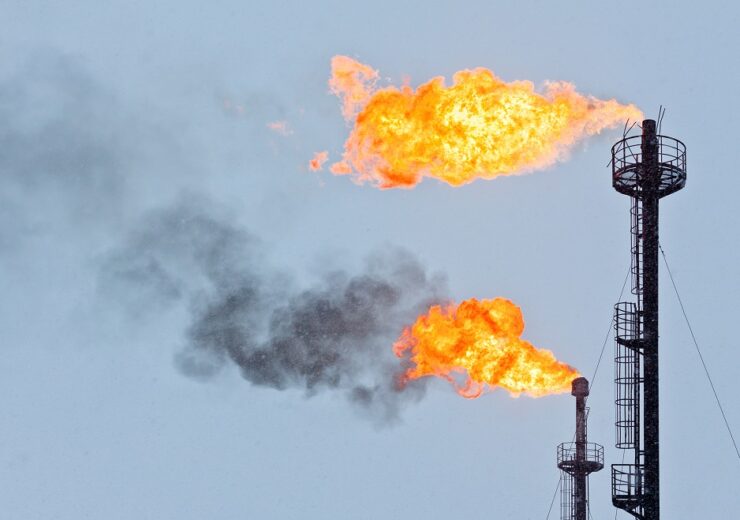 Methane is frequently released during oil and gas operations, and is a big contributor to global warming (Credit: Solodov Aleksei/Shutterstock)

Many of the world’s biggest oil and gas producers have committed to a United Nations-led framework for methane-emissions reduction across the industry.

The Oil and Gas Methane Partnership 2.0 – described as a “gold standard” for methane monitoring, reporting and reduction – is a joint initiative spearheaded by the UN, the European Union and US-based advocacy group the Environmental Defense Fund.

It is designed to establish more robust standards for disclosure of methane emissions, demanding a “much higher level of transparency” than previous similar frameworks have required.

Methane is an important issue for the industry to contend with as it seeks to affirm its position in a rapidly-evolving energy system that is under growing pressure to reduce its contribution to climate change.

The greenhouse gas – which is frequently released into the atmosphere via flaring, venting or leakages from extractive and transport infrastructure – can have up to 80-times the global-warming power over a 20-year period compared to carbon dioxide.

“There are many more steps to take to cut emissions along the entire value chain and I hope to work closely with all – European and international – partners to reach this goal.”

The International Energy Agency (IEA) has said that while methane emissions are the second-biggest cause of global warming, the technologies needed to achieve a significant reduction are both widely available and cost effective.

Signatories to the framework, which is an updated version of an initiative first launched in 2014, include European majors BP, Royal Dutch Shell, Total, Eni and Equinor.

A total of 62 hydrocarbon producers have committed to the new standards, accounting for assets that represent 30% of the world’s oil and gas production across five continents.

However, many notable players, including US majors Exxon and Chevron, and major state-backed oil companies, are not part of the new disclosures agreement.

Some of these companies have set their own individual standards for reducing methane emissions, or have signed up to alternative industry programmes such as the Oil and Gas Climate Initiative (OGCI), a CEO-led coalition headed by former BP boss Bob Dudley.

“As a factor on which we can have an immediate and concrete positive impact, OGMP 2.0 offers an internationally-recognised blueprint to companies across our industry willing to make improvements in their emission reductions in all phases of the value chain.”

OGMP 2.0, which is part of the intergovernmental Climate and Clean Air Coalition launched by the UN Environment Programme (UNEP) in 2012, is said to differ from previous methane-reduction initiatives by enabling officials, investors and the public to track and compare company performance “in ways that have not been possible to this point”.

This includes monitoring joint-venture operations rather than just a company’s wholly-owned assets, as well as emissions from midstream and downstream activities – not just those released during production.

“To win the race to net-zero emissions, we need everyone on board,” said UNEP executive director Inger Andersen. “We need ambitious action from the oil and gas industry.

“UNEP is committed to supporting efforts that reduce methane emissions, and we recognise the leadership of companies that have joined such an ambitious methane-reporting framework. We look forward to seeing actions that turn commitments into actual emissions reduction.”

In partnership with the European Union, UNEP is also seeking to create an independent International Methane Emissions Observatory (IMEO) that will aggregate and analyse multiple methane-emissions data streams, including those reported by OGMP members.

The observatory will assist industry and governments by working to improve the “consistency and credibility” of methane-emissions data, providing more reliable information about how to accelerate mitigation actions.