It follows a review ordered by the US president of the original leasing process, which officials say identified 'defects' in the Trump-era auction to open the ANWR to producers 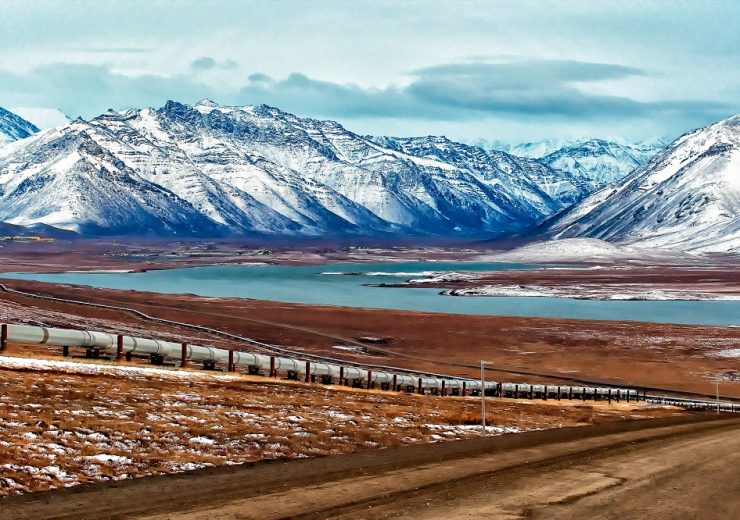 Drilling for oil in Alaska's wilderness has been a bone of contention in US politics for decades (Credit: Troutnut/Shutterstock)

The Biden administration has suspended all oil and gas leasing activity in the Alaska Arctic National Wildlife Refuge (ANWR) – putting the brakes on a signature policy achievement of the Trump era to allow producers into the protected area.

It follows completion of a review of the leasing process ordered by President Biden on his first day in office, which the Interior Department says uncovered “defects in the underlying record of decision supporting the leases”, including a lack of analysis of reasonable alternatives in the environmental assessment.

The suspension affects around a dozen leases issued during a sale that was fast-tracked late last year by the Trump White House, collectively valued at just over $14m.

Only three bidders eventually took part in that sale, marking an anti-climactic response to what had been touted as a breakthrough intervention to expand US oil and gas exploration into the ANWR, which sits atop an estimated 11.8 billion barrels of recoverable reserves, although seismic assessments have not been carried out since the 1980s.

The lack of interest from major oil companies had been anticipated, given the the high costs of development associated with the region, as well as reputational concerns linked to climate change that had already prompted major financial institutions to distance themselves from backing oil and gas activities in ANWR.

Only two small producers made bids, each for an individual lease site, with the remaining offers submitted by the Alaska Industrial Development and Export Authority (AIDEA), a state government organisation responsible for economic development.

AIDEA executive director Alan Weitzner, whose organisation had bought the tracts with a view to partnering with private industry for future development, said he was “extremely disappointed” in the White House’s decision, and had yet to see “documentation of any deficiencies that would warrant a suspension of leases”.

The latest intervention by the Interior Department now triggers a “comprehensive environmental analysis” of the Coastal Plain Oil and Gas Leasing Program under the National Environmental Policy Act (NEPA).

The review will assess “potential impacts” of the scheme and address “legal deficiencies” in its current environmental assessment under NEPA, the department said in a statement.

It remains to be seen whether it will lead to an outright cancellation of the ANWR leases, however, as government officials would need to prove they were awarded unlawfully.

Republican Alaskan senators reacted angrily to the decision, which was described by Senator Lisa Murkowski as “not unexpected, but outrageous nonetheless”.

“Suspending leases in Alaska’s 1002 Area is in direct conflict with the 2017 Tax Cuts and Jobs Act, through which Congress mandates an oil and gas leasing programme be established on the non-wilderness Coastal Plain, and ordered at least two lease sales by 2024,” she added.

“This action serves no purpose other than to obstruct Alaska’s economy and put our energy security at great risk.”

Senator Dan Sullivan said the suspension “goes against the law, facts, the science, and the will of the Native communities on the [Alaskan] North Slope”.

Legal challenges to the decision are expected to be made.

Environmental groups, who had opposed the initial leasing process in court, welcomed the move.

A joint statement from 17 organisations including the Natural Resources Defense Council and the Alaska Wilderness League, said: “We look forward to working with the administration on stronger action to correct this unlawful leasing programme and preserve one of our nation’s most majestic public lands.”

President Biden has taken a number of steps during his first months in office to restrict oil and gas activity on US public areas, including a temporary pause on new oil and gas leasing across all federal lands and waters.

With climate action high on the White House agenda, and a new commitment to cut US greenhouse gas emissions by at least 50% by 2030, the oil and gas industry is facing new challenges as the administration targets a low-carbon overhaul of the country’s energy system.

Further external pressure came last month, with the publication of the International Energy Agency’s net-zero roadmap, which recommended against investments into new fossil fuel supply projects if international climate goals to limit global warming are to be realised.

But the Biden administration has also in recent weeks elected not to intervene against other oil and gas developments in the US, notably ConocoPhillips’ Willow project in the Alaska National Petroleum Reserve and a long-running challenge to the Dakota Access Pipeline, attracting criticism from environmental campaigners.