At the Leaders Summit on Climate, the US said it would cut emissions 50-52% by 2030, while China hinted at plans to reduce its coal fleet and South Korea pledged to end overseas coal financing 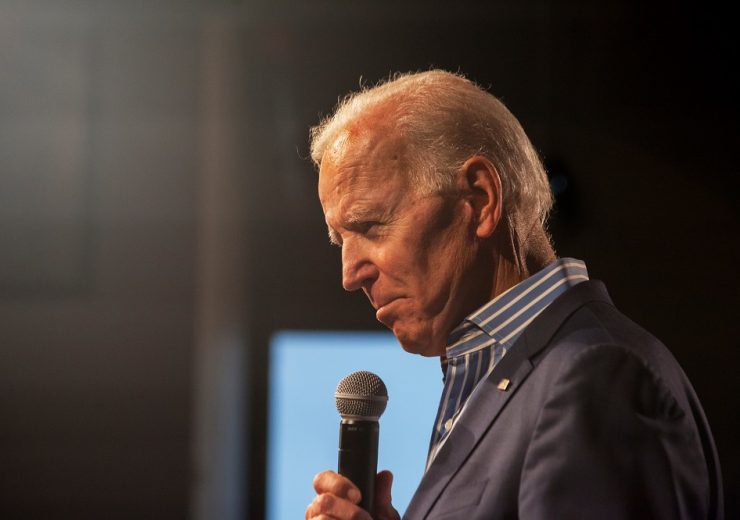 The Biden administration set a target of cutting 50-52% of US carbon emissions by 2030 compared to 2005 levels as it sought to rally international cooperation at the two-day Leaders Summit on Climate.

The proposal from the world’s second-largest emitter will form the country’s nationally determined contribution (NDC) to the Paris Agreement, which it has rejoined this year after exiting under the Trump administration.

President Joe Biden opened the the virtual conference earlier today (22 April), where he is seeking to establish US leadership on advancing international climate policy and rally support for stronger action to limit emissions worldwide.

In his opening remarks, President Biden called on all nations, “particularly those of us who represent the world’s largest economies”, to step up their climate ambitions.

“The countries that take decisive action now to create the industries of the future will be the ones that reap the economic benefits of the clean energy boom that is coming,” he said.

“This is a moral imperative, an economic imperative. A moment of peril but also a moment of extraordinary possibilities. Time is short but I believe we can do this, and I believe we will do this.”

From targets to implementation

The new NDC spells a decade of sweeping changes to the US energy sector and accelerated progress towards the goal of a fully-decarbonised power system by 2035, a central pledge of Biden’s climate agenda.

Heather Zichal, chief executive of the American Clean Power Association, said: “Today’s announcement is an ambitious north star for where we need to go, and our industry is proof that we can get there in a way that grows our economy.

“An ambitious target requires equally ambitious policy to achieve it. The road can be fastest traveled with the smoothest ride if we provide additional tools, technology, and flexibility to accelerate the deployment of clean energy at levels required to meet the timeline in the president’s vision.

Nathaniel Keohane, senior vice president for climate at US-based advocacy group Environmental Defense Fund, identified three areas where the 2030 US emissions target can be turned into a reality – power, transportation, and methane from oil and gas.

He said: “A key step toward meeting the 2030 target is an enforceable ‘clean electricity standard’ for the power sector that ensures reductions of 80% below 2005 by the end of the decade.

“With transportation as the largest source of climate pollution in the US, as well as a significant source of air pollution, electrifying cars, trucks and buses will be essential.

“And as the administration takes aggressive action to cut carbon emissions, it must also double down on actions to reduce methane — the most immediate opportunity the world has to reduce warming now.

“As the world’s largest oil and gas producer, the US has both an opportunity and responsibility to take swift action to reduce oil and gas methane pollution here at home and be a leader in catalysing international action on this global problem.”

During his first months in office, Biden has mobilised an all-of-government approach to address climate issues, making them a top priority of both domestic and foreign policy.

In the US, he has already pledged to install 30 gigawatts (GW) of offshore wind capacity by 2030, ordered a review of oil and gas leasing on federal lands and waters, and made clean energy a central theme of his $2tn infrastructure proposal.

The Leaders Summit of Climate is an attempt to extend this momentum overseas and rally stronger support for global emissions reduction ahead of the UN’s COP26 climate summit in Glasgow later this year.

Japan and Canada both used the summit to announce their own upgraded climate targets, pledging to reduce their national emissions by 46% and 40-45% respectively by the end of this decade.

President Xi Jinping of China, who last year said his country would peak emissions by 2030 and achieve carbon-neutrality by 2060, did not make any stronger commitments, although made a significant reference to China’s plans to reduce its coal fleet, which is by far the world’s largest.

President Moon Jae-in of South Korea also addressed the issue of coal, saying his government will end public financing for overseas coal-fired projects, adding his country plans to submit an upgraded 2030 NDC to the United Nations later this year.

“To become carbon neutral, it is imperative for the world to scale down coal-fired power plants,” he said. “Yet, developing countries that will struggle due to their heavy dependence on coal should be given due consideration and access to proper support.”