The top ten largest oil-producing countries in the world

More than 95 million barrels of oil per day were pumped globally in 2019, with the largest oil-producing countries ranging from Saudi Arabia to Brazil 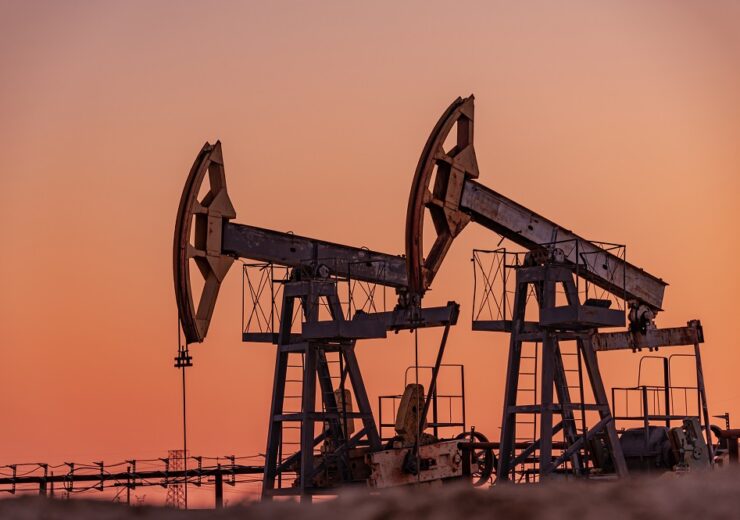 The world’s largest oil-producing countries play a significant role on the world stage, as gatekeepers of a commodity that has driven industrialisation and for which there is a consistently high level of global demand.

According to the BP Statistical Review of World Energy 2020, more than 95 million barrels per day (bpd) were produced during 2019 – roughly the same level as in 2018 and a 17% increase compared to ten years earlier.

There are an estimated 1.73 trillion barrels of proved global oil reserves, and three powerful nations dominate the world’s production of this fuel that has many uses, including transport, industry and heating as well as plastics and chemical manufacturing.

Despite growing international momentum behind policies to shift away from oil as an energy source in response to concerns about climate change, it remains, for now, a significant ingredient of the world fuel supply.

Many of the countries on this list are members of the Opec group of oil-exporting countries, an organisation that has kept tight control over global oil production since it was established in 1960 as a means to support oil prices and ensure stable revenues for its membership.

The US became the world’s biggest oil producer in 2017, overtaking Saudi Arabia to claim top spot.

Production edged just above 17 million bpd in 2019, giving the US an 18% share of the entire global output.

The country’s rise has been underpinned by the shale fracking revolution of the past decade, through which new technologies and drilling techniques have provided access to unconventional resources that were previously not commercially viable to extract.

The US is also the world’s top natural gas producing country, a status again helped by the emergence rise of shale fracking technologies.

The Kingdom of Saudi Arabia occupies second place on this list of top oil-producing countries, with a national output of around 11.8 million bpd in 2019 – 12.4% of the global total.

Its oil wealth is governed by the state-controlled company Saudi Aramco, which in December 2019 became the world’s most-valuable listed firm when it floated 1.5% of its shares of the Tadawul stock exchange in a record-breaking IPO.

Saudi leader Crown Prince Mohammad bin Salman has hinted at diversifying the Saudi economy away from its dependence on oil revenues, in a programme that has been called Saudi Vision 2030.

Like Saudi Arabia, the country is a significant exporter of oil to global markets, and is the de facto leader of a group of countries allied to Opec, known informally as Opec+.

Most of its exports are sent to China, as well as key European markets including the Netherlands and Germany.

After a period of privatisation following the collapse of the Soviet Union, much of Russia’s oil (and gas) industry has now fallen back under state control – overseen by government-backed companies including Rosneft and Gazprom.

Russia is also home to the world’s biggest natural gas reserves, and along with the US, dominates global production of this resource.

Most of Canada’s oil – around 97% of it – is contained within oil sands in the western province of Alberta. After Venezuela and Saudi Arabia, Canada has the world’s third-largest known oil reserves.

In 2019, the country produced more than 5.6 million bpd, almost 6% of the total global output.

Almost all of the country’s exports are sent to US markets – roughly 3.7 million bpd in 2019.

Iraq pumped just under 4.8 million bpd in 2019, taking fifth place on this list of the largest oil-producing countries. It is a founding member of Opec.

While it is home to a vast resource of hydrocarbons, development of the country’s oil infrastructure has been hampered in recent years by economic sanctions, military conflicts and political upheaval, damaging its capability to generate national revenues from exports.

The United Arab Emirates (UAE) has grown in stature as a global oil producer in recent years, and in 2019 hit an output of around four million bpd.

Oil exports – many of which head to Japan – account for around 25% of the UAE’s gross domestic product (GDP), and the country has been a member of Opec since 1967.

China produced slightly above 3.8 million bpd in 2019, accounting for a 4% share of the global total.

The country is also the world’s second-largest consumer of oil after the US, and imports much of its crude from abroad, largely from Saudi Arabia and Russia.

Iran, which is a founder member of Opec, accounted for around 3.7% of global oil production in 2019, with national output totalling more than 3.5 million bpd.

Despite holding almost 10% of known international oil reserves, strict economic sanctions imposed in response to its nuclear weapons programme have prevented the country from maximising the commercial potential of its oil wealth.

Iran’s vast oil (and gas) reserves are controlled by the state-owned National Iranian Oil Company, headquartered in the capital Tehran.

Sandwiched between Saudi Arabia, Iraq and the Persian Gulf, Kuwait is among the world’s most significant oil-producing countries, despite its small size.

In 2019, it pumped just under three million bpd, around 3% of the global total.

The state-owned Kuwait Oil Company oversees oil production in the country, which is home to the giant Burgan oilfield in the southeast, which is among the biggest oilfields in the world.

There are also significant oilfields in northern Kuwait, including the Raudhatain and Sabriya fields.

Brazil is the only Latin American country on this list, and accounted for around 3% of global production in 2019 with an output of around 2.9 million bpd.

The country ended the state monopoly of its exploration and production (E&P) industry in 1995, and its proved oil reserves and rate of production have increased steadily since. State-backed company Petrobras remains highly active in Brazil’s domestic oil industry.

Most of Brazil’s oil production is focused on pre-salt deepwater projects in the Santos and Campos Basins, located south of Rio de Janeiro in the South Atlantic Ocean.