Iran’s Namavaran crude oil discovery increases its vast reserves by a third, but sanctions will continue to bite

Iran has the world's fourth-biggest crude oil reserves, and Tehran hopes its new 53-billion barrel discovery will strengthen the country against US sanctions 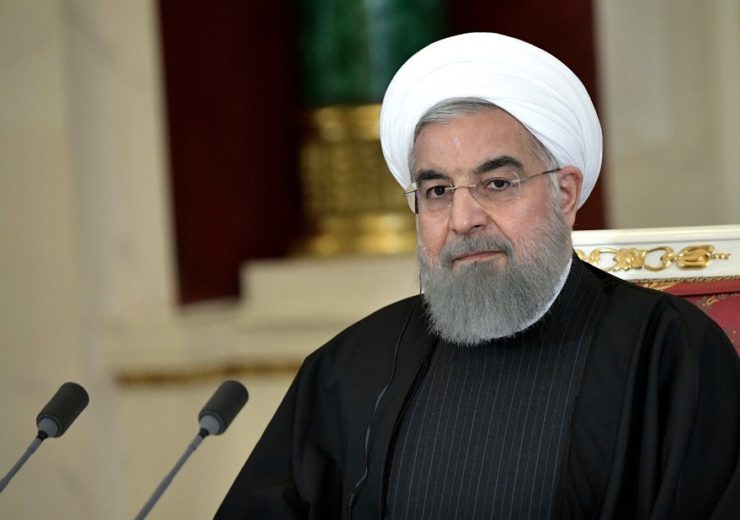 Iran’s 53-billion barrel crude oil discovery revealed yesterday is the second-largest known oil deposit in the country, according to a senior government minister.

Exploration of the 24,000 square kilometre oil field, located in the south west region of Khuzestan, began in 2016 and initially revealed an estimated 31 billion barrels of crude oil, according to Iranian minister of petroleum Bijan Zangeneh.

He added that there is a possibility for the field to be expanded in a south-west and south-east direction as exploration continues.

An additional find of 22 billion barrels has now been added to the previous appraisal, meaning a 10% recovery rate from the deposit would increase the country’s overall production capacity by 2.2 billion barrels of crude.

But analysts remain unconvinced by the discovery’s potential given the severity of trade sanctions imposed by the US, saying the deposit will not be able to translate into any “material benefit”.

The discovery, which has been named Namavaran, represents a significant addition to Iran’s crude oil assets – expanding them by about a third – and is the second-biggest oil field after the 65-billion barrel Ahvaz site.

Iran holds the world’s fourth-largest oil reserves and second-largest gas reserves, according to US government figures. As of January 2018, it possessed crude oil reserves totalling 157 billion barrels, which is almost 10% of global supply and 13% of the reserves accounted for by Opec.

Yet, despite this wealth of natural resources, the country’s crude oil industry has been hit by tough US sanctions over the past year, which have restricted its ability to sell abroad.

This latest find has been celebrated by Tehran as a victory in the face of US tariffs, and one that strengthens its position on the global energy stage.

In a public address, President Hassan Rouhani said: “I inform the White House that, in the days that you have imposed sanctions on Iran’s oil exports, workers and engineers of the country have discovered 53 billion barrels of in-place oil reserves,” according to the semi-official Iranian news agency Fars.

Iranian oil exports have been hit by US sanctions

The Trump administration has imposed tough economic sanctions on Iran’s oil sector for the past year, following the US withdrawal from the 2015 nuclear de-escalation deal between Iran and six major world powers.

The deal stipulated sanctions relief for Iran in return for a restriction on nuclear development programmes and inspections of nuclear facilities by international authorities.

Fresh restrictions imposed by the US since abandoning the agreement include economic penalties for any company or government found purchasing crude oil from Iran, in an attempt to starve the economy of access to revenue from the sale of its abundant resources.

Last week, US government official Brian Hook confirmed the White House was “not considering” an easing of these sanctions, until such time as a new nuclear disarmament deal had been agreed on American terms.

Speaking to S&P Global Platts, Hook dismissed speculation that trade restrictions could be loosened in order to grease the wheels of trade talks with China and prevent an escalation in global oil prices – which have dropped notably in the past year amid the ongoing geopolitical tensions.

Amid this climate of economic sanctions against importers of Iranian crude, China and Syria are pinpointed as the two main markets into which the commodity has been finding its way over the past year.

Despite the rhetoric and promising words from the Iranian leadership about the new discovery, industry analysts remain unconvinced it will have much tangible impact on the country’s fortunes, given the weight of international pressure it is under.

GlobalData oil and gas managing analyst Will Scargill said: “Limits on investment and exports due to sanctions mean that the exploration successes at the Namavaran field can’t translate into material benefit.

“Iran already has a large number of projects holding billions of barrels of resources that it cannot fully realise, and this just adds to that list.

“The headline figure of 53 billion barrels also masks a more modest reality – the government has stated that 22 billion of this is newly discovered, and due to the challenging nature of the reservoir only 10% of the total resources is thought to be recoverable.

“The government will reportedly look to develop the field alongside others that lie above the newly identified reservoir, but this would likely come at the expense of production from other fields and only reach a small portion of the field’s capacity.”