The alliance and its members, which include multinational mining firm Glencore, aim to positively transform artisanal or small-scale mining in the DRC 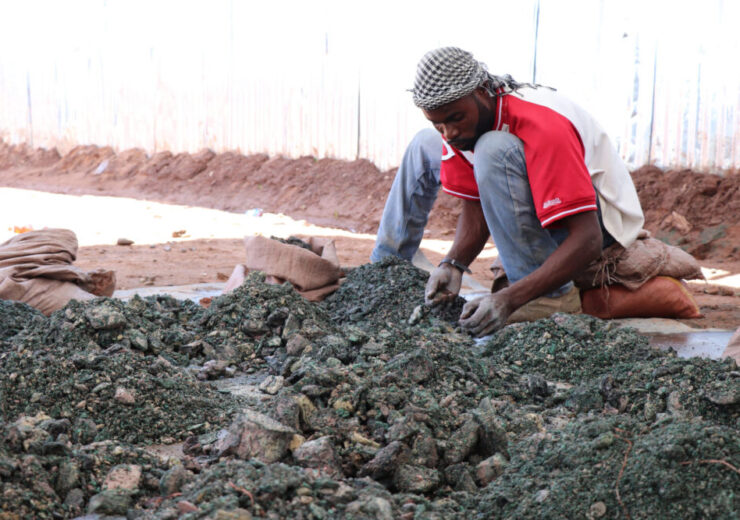 The Fair Cobalt Alliance (FCA) has launched with the aim of supporting communities and improving mining conditions in the Democratic Republic of Congo (DRC).

Around two-thirds of global cobalt production comes from within the African country, and roughly one-fifth of this is sourced via artisanal or small-scale mining (ASM) operations. Meanwhile, global interest in the metal – a key component of electric vehicle (EV) batteries – is growing stronger.

Launched today (24 August), the FCA and its members, which include multinational miner Glencore, aim to positively transform small-sale mining in the DRC, which has been blighted by human rights issues, and work towards eliminating child and forced labour, as well as other dangerous practices.

“From the outset, our team acknowledged that the everyday challenges facing the men and women mining cobalt are too big for any of one of us to address in isolation,” he added.

“This is a systemic problem requiring a systemic solution. Our joint action plan has grown into what is now the Fair Cobalt Alliance, an action platform for organisations along the supply chain to engage and play a role in the transition to a fair production system.”

Where will the Fair Cobalt Alliance operate?

Carter said the alliance will connect cobalt from ASM operations in DRC’s Lualaba Province to the supply chains of global electronics and automotive manufacturers.

Working with both the national and provincial governments of the DRC, as well as with civil society and technical partners, the FCA targets three main objectives: achieving a child-labour free Kolwezi region, supporting the professionalisation of ASM through the adoption of responsible mining practices, and identifying and supporting alternative livelihoods other than mining to help increase household incomes.

Two artisanal-mining sites – Kasulu and Kamilombe – in the south-east of the country, will be the first FCA projects, with an ambition to scale to more facilities over the next year.

Demand for cobalt is widely expected to increase as the clean energy transition prompts an increase in battery-led technology, and according to Carter a “fairer battery is the key to making this shift”.

But, with global cobalt supply “not projected to meet demand”, there is a risk that “informal ASM under poor working conditions” will increase to bridge the gap.

Artisanal and small-scale cobalt mining is already a source of direct employment for more than 100,000 people in the DRC.

“Given the relevance of ASM cobalt as a local livelihood, and the fact that this material finds its way into complex global supply chains and the materials and devices on which we depend, the security of cobalt supply chains is more important than ever,” Carter added.

“Where we find environmental, social or labour problems in supply chains, we should not avoid them, we should not disengage, but rather it is our duty to take action and make improvements.”

Cobalt is a huge issue for the DRC

Earlier this year, the Congolese government announced that it intends to take greater control over artisanally-mined cobalt within the country amid a market slump that has seen prices for the critical mineral fall in recent years.

Large, industrial-scale operators like Glencore account for the majority of cobalt mining in the DRC – but there is nevertheless a thriving group of small-scale artisanal miners producing between 10% and 25% of the Congolese output.

This small-scale mining network is largely controlled by Chinese traders, which have established a virtual monopoly over the flow of cobalt within the country.

But Huayou Cobalt, China’s largest cobalt refiner, which supplies car manufacturers such as Volvo and Volkswagen, has joined the FCA as part of its commitment to improving mining conditions in the DRC.

Glencore has signed up too, saying it will “support legitimate ASM cooperatives in their endeavours to transform their practices and align with international human rights practices, especially in the prevention of child labour”.