The tech giant says a year-long push to expand its renewables footprint has made it the world's leading buyer of clean energy, with 6.5GW under contract globally 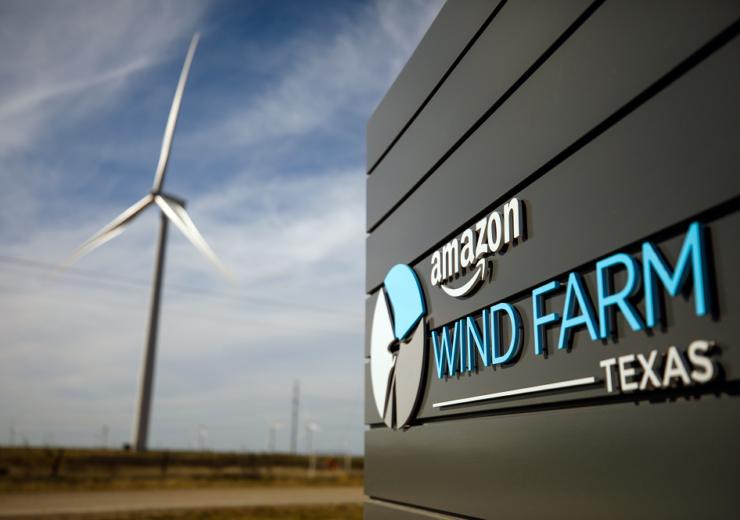 Amazon has extended its reach into wind and solar projects throughout 2020 (Credit: Amazon)

Tech giant Amazon claims to have become the world’s largest corporate purchaser of renewable energy following a blitz of wind and solar agreements that will take its overall clean power capacity up to 6.5 gigawatts (GW).

The Seattle-based company today (10 December) announced ventures with 26 new utility-scale wind and solar projects – spanning Australia, France, Germany, Italy, South Africa, Sweden, the UK and the US – with a combined capacity of 3.4GW.

The additions advance the reach of its 2020 clean energy programme to 35 projects, offering more than 4GW of electricity-generation capacity.

Amazon, which has pledged to reach net-zero carbon emissions by 2040, says this expansion of its renewables footprint makes it the world’s biggest corporate purchaser of renewable energy, with nearest rival Google holding 5.5GW of clean power projects under contract.

Amazon will use clean energy purchases to supply its offices, warehouses and data centres

The race between two of the world’s biggest companies to show off their green credentials is a sign of rapidly-changing corporate attitudes to environmental and climate issues, as decarbonisation commitments climb ever higher up boardroom agendas.

Amazon says it 6.5GW wind and solar capacity under contract will enable it to supply its global operations with more than 18 million megawatt hours (MWh) of clean electricity annually.

This will be fed into its corporate offices, package-delivery centres and, significantly, its power-hungry data centres.

Jeff Bezos, Amazon’s chief executive and the world’s richest person, said his company is helping to fight climate change by “moving quickly to power our businesses with renewable energy”.

“The corporate PPA with Amazon on Borkum Riffgrund 3 will drive this breakthrough zero-subsidy project a step closer towards realisation, where it will supply large amounts of clean electricity for Germany’s green transition,” he added.

Also announced today was an extension of Amazon’s partnership with UK oil major BP, through which it will receive a supply of renewable energy to its European operations in exchange for providing cloud-computing services to support BP’s digitalisation strategy.

The pair inked a similar agreement in December 2019, and the extension announced today will see the amount of renewable energy supplied by BP – from wind projects in Sweden and Scotland – more than triple.

She added that Amazon’s purchases in the US alone are 270% bigger than the largest corporate procurement announcement from a single off-taker to date.

Earlier this year, the tech giant launched the Amazon Climate Pledge Fund, a $2bn initiative designed as an investment vehicle to finance “visionary companies whose products and solutions will facilitate the transition to a low-carbon economy”.

The first recipients of funding from the programme were announced in September, and include start-ups focused on lithium-battery recycling and an innovative process to remove carbon emissions from concrete manufacturing.