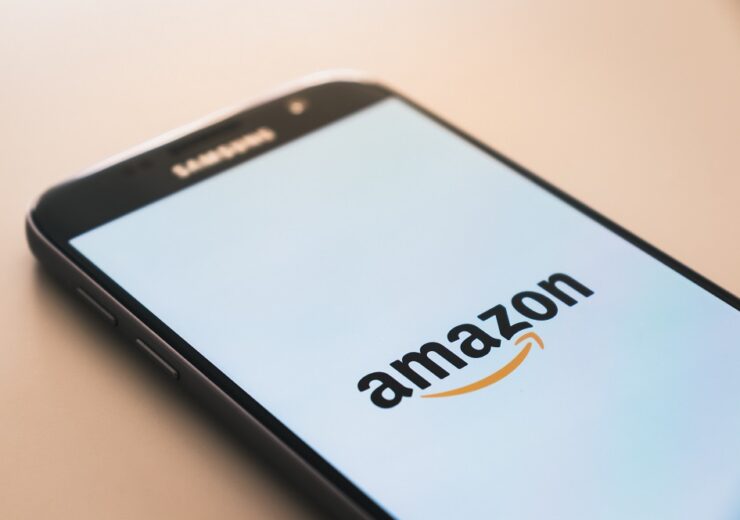 The scheme was announced earlier this year to invest in “visionary companies whose products and solutions will facilitate the transition to a low-carbon economy”.

Amazon has committed to reaching net-zero emissions across its business by 2040, and is supporting the development of sustainable and decarbonising technologies and services that it and other companies can deploy to meet this goal.

The first group of funding recipients span a range of sectors, including carbon removal technology, electric vehicles and battery recycling.

Christiana Figueres, the former UN climate change chief who was instrumental in delivering the 2015 Paris Agreement, said: “These investments will scale new technologies, helping these organisations speed up the pace at which operational emissions can be reduced. This is how a whole-economy approach to tackling the climate crisis looks.

“Together these companies demonstrate that there are endless possibilities in the clean, healthy recovery we must create together.”

In a bid to promote the initiative, Amazon has taken the unusual step of renaming a US sports venue the “Climate Pledge Arena”.

It purchased the naming rights to the Seattle KeyArena, which is currently undergoing redevelopment work and scheduled to reopen in 2021, hosting games in the National Hockey League (NHL).

Amazon’s billionaire founder and CEO Jeff Bezos — who has separately committed $10bn of his vast wealth to support environmental causes through the Bezos Earth Fund — said renaming the stadium would be “a regular reminder of the urgent need for climate action”.

He claims it will be “the first net-zero carbon certified arena in the world, generate zero waste from operations and events, and use reclaimed rainwater in the ice system to create the greenest ice in the NHL”.

Bezos said: “We are investing in a group of companies that are channelling their entrepreneurial energy into helping Amazon and other companies reach net zero by 2040, and keep the planet safer for future generations.”

So, which are the companies that have been backed by investments from the Amazon Climate Pledge Fund?

CarbonCure says it is “on a mission to make concrete a climate solution, and reduce embodied carbon in the built environment by 500 megatonnes annually”.

Its technology effectively captures the CO2 produced during concrete manufacturing – a notoriously difficult sector to decarbonise – and then injects it back into the fresh concrete, where it becomes permanently embedded.

The Canada-based firm says this process not only reduces industrial emissions, but increases the strength of the concrete through a process of CO2 mineralisation.

“This investment is a great endorsement of CarbonCure as the go-to carbon-dioxide removal (CDR) solution for the growing tech construction space, and the overall shift towards low-embodied-carbon construction materials,” said Robert Niven, founder and CEO of CarbonCure Technologies.

“This investment in CDR signals a broader change for public and private infrastructure projects as industries and governments turn their focus toward the reduction of embodied carbon.”

Pachama uses artificial intelligence and machine learning to analyse forests around the world and help companies seeking to offset their carbon emissions through nature-based schemes such as reforestation and forest conservation.

Based in California, the company was founded in 2018 and is named after the Mother Earth goddess for the indigenous people of South America.

Founder and CEO Diego Saez-Gil said: “We started this company two years ago with the mission of unlocking the full potential that forests and natural ecosystems have to remove carbon dioxide from the atmosphere, a key activity to solve climate change.

“As the climate crisis becomes a more urgent reality every day, we are thrilled to be able to accelerate our work with the support of Amazon’s Climate Pledge Fund.”

Redwood Materials is focused on recycling end-of-life lithium-ion batteries and other electronic waste to create a circular economy for critical metals such as lithium, cobalt and nickel.

Its chief executive JB Straubel was also a co-founder and long-time chief technology officer of electric vehicles giant Tesla – giving him a unique insight into the lifecycle of lithium batteries and the future demand for the materials that make them.

He said: “To fight climate change, we need to solve the impact products have on the environment. We’re honoured to be part of Amazon’s Climate Pledge Fund, and to build the closed-loop supply chain that will recycle batteries, electronics and other end of life products.”

The US-based company was founded in 2017, and has also attracted funding from Breakthrough Energy Ventures, a capital fund backed by several tech billionaires, including Bezos, Microsoft’s Bill Gates and Alibaba Group’s Jack Ma.

Rivian is an electric-vehicle manufacturer focused on “adventure” trucks – and has previously attracted the attention of Amazon, which has ordered 100,000 vehicles for its commercial operations.

Amazon is aiming to deploy the first 10,000 Rivian vehicles by 2020, with the rest in service by 2022 — helping the tech giant reduce the carbon footprint of its delivery operations.

Rivian founder and CEO RJ Scaringe said: “Amazon’s commitment to addressing climate change is perfectly aligned with Rivian’s mission. We are proud to be part of the Climate Pledge Fund.”

The US company says its trucks can deliver more than 400 miles of range, with customer deliveries expected to begin in 2021.

Turntide Technologies has developed an energy-efficient “smart” motor system, that is claimed to reduce energy use by 64%.

Amazon has been piloting the system in several of its buildings, and says the results so far have delivered “significantly reduced electricity usage”.

Ryan Morris, CEO and chairman of the US-based company, said: “Electric motors consume half the world’s electricity, making them one of the largest contributors to climate change. Today, 98% of motors are based on an 1888 design by Nikola Tesla, but have been difficult to improve without resorting to expensive materials, including rare earth minerals.

“Turntide’s mission is to replace the world’s electric motors with optimal efficiency motor systems, an essential step to help companies decrease their carbon footprint and reach their goal of net-zero carbon.”