The area at threat from a "huge" expansion of operations is home to more than 500,000 inhabitants from more than 20 nationalities 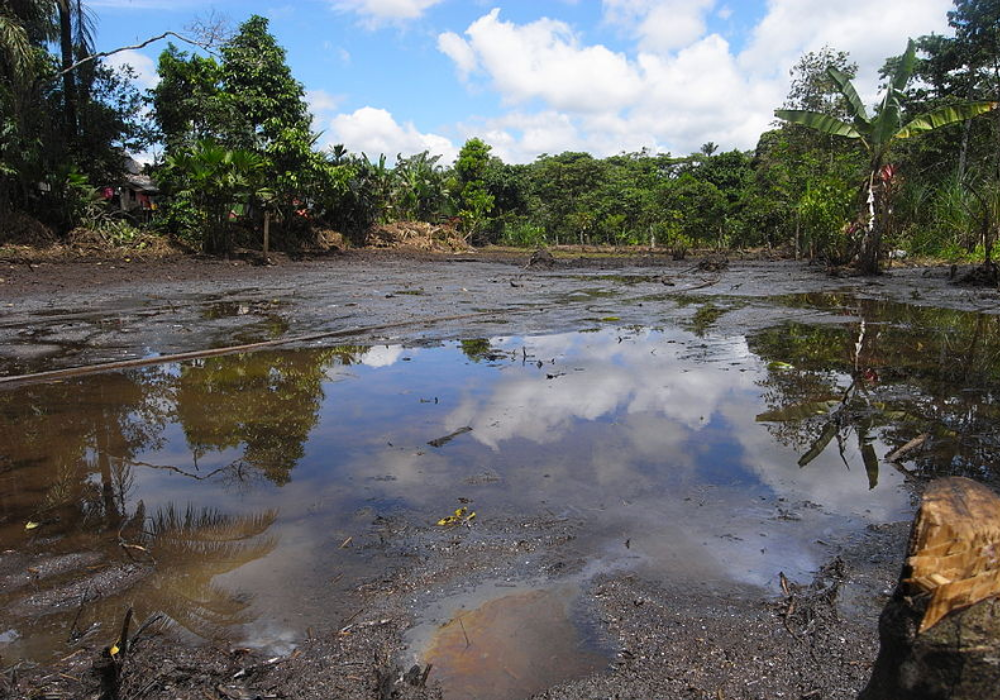 Indigenous leaders have called for global support to prevent new oil drilling and mining operations in the Amazon, following a report revealing plans for a “huge” expansion.

The Amazon Headwaters: Territories for life Under Threat, report compiled by California-based Amazon Watch, which aims to protect the rainforest and advance the rights of indigenous people, revealed that Ecuador and Peru are set to sanction oil extraction across an area of forest the size of Italy.

In response, indigenous leaders from the South American countries have travelled to the UN’s COP25 climate change conference in Madrid to challenge the expansion of such operations in the Amazon.

Marlon Vargas, president of the confederation of indigenous nationalities of the Ecuadorian Amazon (CONFENIAE), said: “Enough is enough. For decades we have made it clear that we don’t want drilling and mining in our territories.

“Now western science shows that it is not just fossil fuel emissions, but also the forest destruction that comes with it.

“With less than a decade to stop climate change, we need to draw a line and decide what the price is we are willing to pay for some barrels of oil.”

The region in question, known as the Sacred Headwaters, is synonymous with its biological and cultural diversity, with more than 500,000 inhabitants from more than 20 nationalities – some of which are uncontacted.

Spanning across 30 million hectares of land within Ecuador and Peru, the area has an estimated five billion barrels of untapped oil reserves, which Amazon Watch says is the equivalent to avoiding over two billion metric tonnes of CO2.

The report added that deforestation promoted by the advance of industrial development could lead to the additional emission of four billion tonnes of carbon.

It highlights that the world must begin a rapid phase-out of fossil fuel production and keep oil in the ground to have a chance of meeting the 2015 Paris Agreement target goal of restricting global temperature rise to 1.5C.

Peru’s Wampis Nation president, Wrays Perez, said: “It is absurd that all these countries come to talk about stopping climate change while at the same time forcing new oil drilling in our territories, in the heart of the Amazon rainforest.”

China’s impact on the potential expansion

Amazon Watch claims 27 oil blocks pose a threat to the region and that companies from Chile, the original host of COP25, and China, the host of next year’s conference on biodiversity, threaten the future of the Amazon.

Ecuador is set to leave the Organization of the Petroleum Exporting Countries (OPEC) oil consortium next year, allowing it to boost its oil production and settle financial debts with China.

Amazon Watch climate and energy director Kevin Koenig said: “Our investigation shows that a massive portion of the existing and expanded crude oil production is being used to pay off billions in loans to China.

“It is a country with a stated ambition to advance an ecological civilization, and that over 50% of the crude oil from the Western Amazon goes to California’s refineries, a state that prides itself as a climate leader.”

Greenpeace response to the planned expansion

Head of Greenpeace UK’s climate emergency campaign, Rosie Rogers, said: “We will all pay for the expansion of oil production in the upper Amazon.

“This short-sighted plan will come with devastating consequences for the climate, and world leaders should listen carefully to the indigenous leaders confronting them in Madrid.

“Without a decision to ban this drilling, they will be the canaries in the global coal mine.

“It’s already open season in the Amazon, with this year’s Bolsonaro-backed fires burning huge swathes of the most biodiverse terrestrial ecosystem to the ground for farmland.

“If Ecuador and Peru do give the green light to oil barons, it leaves little hope for the rainforest, its wildlife and the people that call it home, not to mention tackling the climate emergency.”

The COP25 climate talks in Madrid began on 2 December and end this Friday, with activists from all over the world travelling to discuss their environmental concerns at the UN’s Framework Convention.

The meeting was originally scheduled to take place in Chile, but political unrest in Santiago led to the change in venue.

Teenage activist Greta Thunberg joined a march with 500,000 campaigners in the Spanish capital on Friday, calling for world leaders to listen.

A report on the world’s “carbon budget” was published earlier last week, revealing that greenhouse gas emissions rose by 0.6%, which is less than previous years but still not enough to meet the Paris Agreement goals.

At the event, it has been discussed what governments have, or haven’t done over the past year to contribute to a greener economy, as well as updates from ocean campaigners on the fight to clean-up marine life.